I’m relatively new to GFX making, and this is my first actual GFX on Blender 2.8, I personally see some flaws however I want opinions on it. Thank you. 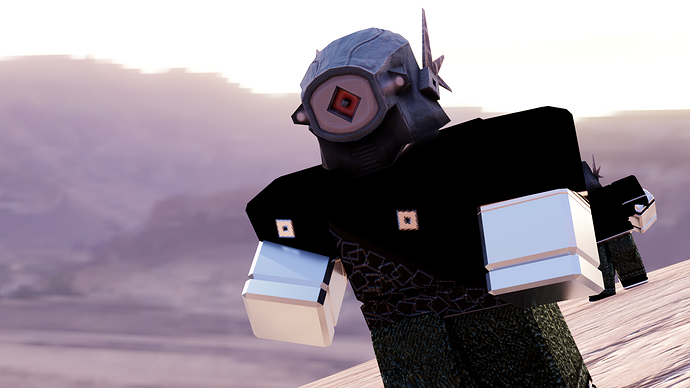 one more comment, i’m rendering another version so the arm on the character behind isn’t poking out, will share when done

It looks so sleek and professional… better than my first GFX which I am not g0nna share :>

Okay first of all please remove the part where you ask how much it might be worth, It’s against the rules.

I really like the fact that you have made the arms of the character metallic, it makes the render look slightly better, but the one part that I would suggest changing is the background, because the pixilated background doesn’t really fit with the theme, overall, great graphics design.

removed the price, and got you on that

For a first render, this is pretty amazing.

Looks good, in the future I’d recommend using rigs with bones instead of using R15 to bed the limbs. Still impressive for a first render though