As many of you who lurk in the What are you working on currently thread, I’m a guy who models stuff from time to time which is mostly guns or furries anthropomorphic characters… I’ve modeled a few character models here and there over the years, but I’ve never designed a character from the concept idea to finished model, I would either stop after getting the base mesh modeled or clothing modeled, and never dared to touch texturing, even procedurally generated textures, as I always felt like I would fail at it…

However on July 30th, I set out on an adventure to model something amazing, I had just finished watching Jin Roh for the 8th time and thought to myself “Hey, why not model the armor from Jin Roh? I got nothing better to do!” and opened blender to start modeling. I finished modeling this character 8 hours after I started on it, and spent a week learning about Cycles through watching Andrew Price & Andrew Gleb’s videos on youtube to give me a headstart in Cycles. And yesterday I spent a day remaking all of the materials on this guy with the help of @Tradesmark and @maplestick , end result was something I was rather pleased with, and today was the day I spent rendering this over and over, making tiny adjustments in the lighting and materials to ensure the final render was a good one. 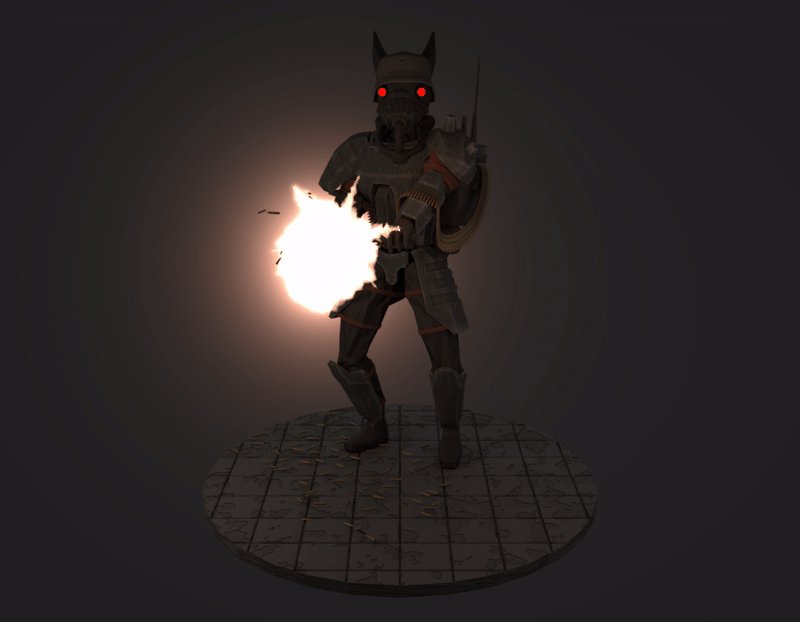 tl:dr, I suck at wiring posts, but I made first fully modeled and textured character. Also, the character is 12,954 tris while the gun is 5,105 tris. (Though if I were to use the actual model I will be using in-game, the gun would only be a little over 2,000 tris.)

Would anyone be interested in seeing any node stuffs?

I really like the edge wear! What method have you been using? Texture painted maps?

Some pointiness mixed with some noise,

image.png1251×532 88.6 KB
And the metal texture is all generated, I tried using photo based textures buuuut uv mapping made stuff look meh, so opt for procedurally generated textures instead, which looked 100x better.

…but it’s a good one right?

I mean…if it works for you, who am i to judge?