Im back baby! Took about a year hiatus from the platform. Figured I would come back now. This project is back in full swing. It’s got a website now, a new name, and a new price tag.

LuaBlocks is an Event Based Visual Programming Language Plugin for Roblox Studio. I know that is a mouthful, but bare with me. You may be asking yourself, what does all that mean? If you have ever used Scratch then you may already be familiar with a visual programming language. If not, allow me to explain.

This is the type of code you are used to seeing inside Roblox Studio. When people think of programming, this is usually what comes to mind. This is called a Text Based Programming Language.

There is nothing inherently wrong with this form of programming, except for some it can have a very steep learning curve. LuaBlocks aims to flatten that learning curve by allowing people to use the more intuitive Visual Programming Language style.

Even if you have zero programming experience you can probably decipher what the code above does. A bullet hits the monster and performs some actions. This is what LuaBlocks aims to accomplish. LuaBlocks will be taking strong inspiration from Contruct3 along with GDevelop and their Visual Programming Language. What you see above is what you can expect programming to be like when using LuaBlocks

How Does it Work?

I mentioned earlier that LuaBlocks is Event Based. I decided to go this route both because, Roblox already uses Events, and because it fairly intuitive. What does that mean? Well, It allows you to think about programming as if it were a Cause and Effect system. For example: Because a bullet touched a monster, the Effect is the monster takes damage.

Take a look at the Construct3 image above, there is an Event on the left and then there is an Action on the right. This is how programming will function in LuaBlocks. You simply pair an Event with an Action. For example: A player clicks a coin button (EVENT) and they are then given coins (ACTION). I plan on incorporating compatibility with all of Roblox’s built in services and classes, as well as incorporating some of my own built-ins.

Who is it for?

Why Would I Need it?

I think a suitable rebuttal would be, why not? Have you ever wanted to create a game and thought to yourself, “I want to make a game, but I just can’t wrap my head around programming.” Well, don’t let that hinder you any longer! LuaBlocks will open doors for anyone who wants to get into game development on the Roblox platform. As well as for those who just want to have a productivity boost to get extra time to focus on other parts of their game. Programming is wonderful and highly enjoyable, but maybe it’s time it takes more of a backseat.

How Much Does it Cost?

LuaBlocks is going to be FREE FOREVER. I know previously I had stated that it would cost $9.99 or the Robux equivalent. I have since changed my mind. My projects are funded off donations via various platforms such as Patreon. I want everyone to be able to enjoy programming, there shouldn’t be a price barrier for that.

When is the Release Date?

Thank you for all the support so far! It means the absolute world to me! This is a big project and I am a one-man band, but I have big goals and big aspirations. LuaBlocks will become a reality!

7/24/2022 - I began working on a framework titled Tango. It will be the backbone for LuaBlocks and it is also open source if you would like to take a look here is a link to the GitHub. 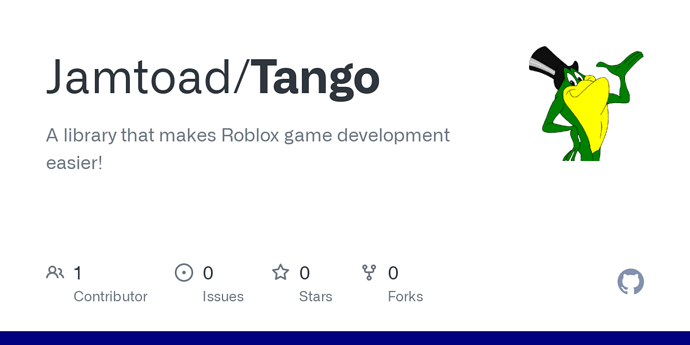 If you would like to use a plugin now while LuaBlocks in in development, I would like to point you to EventBlocks. Its a wonderful plugin that allows you to do visual programming using a method similar to Scratch.

This looks amazing! As someone who is making a game solo, and is mostly focused on building, this should really help me out!

This is great! I can’t wait to try it out!
As a single developer this will make the job easier!

Is this person actually makes this and it works perfectly fine, I will be the happiest Robloxian alive. Also, will the plugin have a convert to text button so we can see what it looks like without the blocks?

Ooh! This would be a great plugin for all developers!

I messed around with the idea before but I had some other things to focus on. One thing i will tell you though is that when you create the script file you should have like a compile button where it will put all of the logic and loops and stuff like that into the script’s source so it runs like how a script would run! (The developers could also see how the script was coded when they open the script and this could also be used in modulescripts and local scripts)

Anyway keep up the good work!

I do plan on having a toggle able visualizer so you can see how to code will appear in text format. Also after to click build it creates a normal script so you can also open the script and see the code in there.

Its not much different to be completely honest. LuaBlox will just have more functionality, for example; One of the premade blocks could be pathfinding. All you do is give it a vector3 block and it will pathfind to that location. LuaBlox will not only integrate with core Lua but also Roblox API.

It is good for new developers, however, most of the good ones can do this faster than the plugin.

I think you forgot the function category… other than that it should help beginner scripters learn the basics of how coding works.

Glad to see there’s more people working on tools like this! I saw woot3 talking about a visual scripting plugin a while back and have started developing my own version in the last month.

Maybe you’ll beat me to the punch then haha. There are many ways to do visual scripting though. I was thinking of doing something similar to Bolt for Unity or Visual Script for Godot where you connect nodes through wires, but I thought blocks would be more intuitive.

Blocks are definitely the way to go I think. It’s always good to have options!

Wow! This is very cool! I can’t wait to get it!

@Jam_Toad, You should really open source this and put it on Github so more people can contribute!

This is neat, I like it a lot, I probably wouldn’t use it as it’s not useful to me but very nice regardless.

^ How do I embed? Doesn’t it usually embed automatically?

How to embed Gyazo's on the forums (GUIDE)

For some time, this has been an issue for many people here, providing frustration for both the author of the media and the viewer. For those out there unaware of what Gyazo is, it's a program you use for taking screenshots/gifs which then generates a...

Am honestly really excited for this!

That is actually a great idea, ill totally make a repository after I get it a little further along!

did the progress for this great plugin stop?

At the moment is has slowed but not stopped. I have just been busy working on other things and learning more as well! My life has gotten really busy lately and I havent been able to focus purely on this.

I strongly disagree. Scratch exists and is common for a reason, coding is difficult for younger people to understand and this makes it easier to understand whilst still figuring out how it works.