Opinion on my first game ever

It’s a basic tycoon game. It’s not very original in my opinion, but I’ve tried making it as good and interesting as i could.

I’ve been slowly making this game for about 4 months and now it’s finally ready. I’ve made everything in this game on my own, without taking anything from the toolbox, except for the meshes made by Roblox and the PartCache module.

It would be really nice to hear your opinion and suggestions on my game!

If you don’t want to wait for the money to pile up, you can use the code “money” as many times as you need. 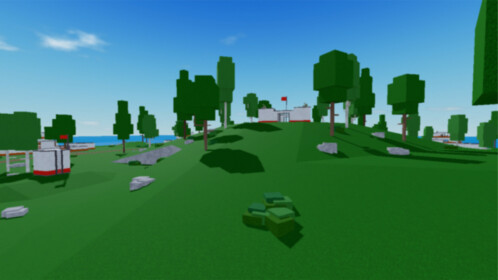 I played this for a while, and I must say that it’s better than the average „First Game“ of a Roblox Dev.

@TynouDypak the game is verry nice! Even my brother is playing it!
But i think you should make the buttons that when you stand on them it builds it gets anoying having to press E all the time! Keep up good work!

pistol recoil is to much lol but game looks nice still

We need to have a talk in direct messages about some big issues in your game. Please message me ASAP

Great work! This is leagues above my first ‘game’

Played your game for a while and here’s some bugs / improvements I found:

But everything else I really liked

And as for bugs:

Thank you for reporting all this! Everything you named has now been fixed.

This is not a bug though, it’s stealing.