Perhaps some opinions on "The Ridge" render

I created these 2 renders, being somewhat inspired by the Battle of Okinawa, and the movie Hacksaw Ridge. 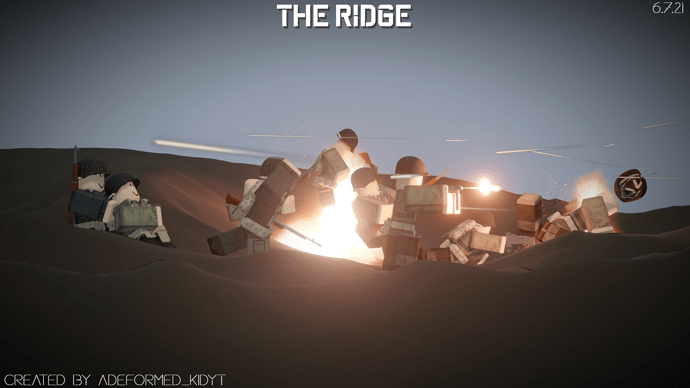 This would be the first one. 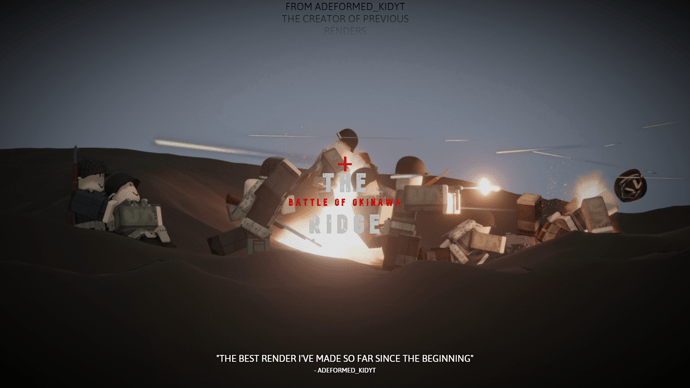 This is the second one.
The only difference is the after effects and text, the first one matching my previous renders, the second one being more influenced by the Hacksaw Ridge DVD cover.

These both were “modeled” in Roblox studio, and exported as OBJ. Then I set the “secondary effects” and rendered the image. Afterwards I used the website pixlr to do “primary effects” and ended with these.

Some opinions are wanted so I can at least know what people are after.

What can I say. I really like it. It looks clean, based on a movie I really loved and enjoyed. It’s just really good, very well done.

Love this render, text fonts go really well with the style and the lighting is perfect.

I like all the effects except for this one, as it’s less realistic.

In all, it’s a great render. Hope this helps