Are you a Roblox developer in college that loves sharing your knowledge on development? Do you ever imagine what it would be like if your university was introduced to Roblox? Roblox classes? Roblox club? If you answered yes to any of the questions, then the University Ambassador Program is for you!

The University Ambassador Program (UAP) is an initiative dedicated to introducing Roblox to college campuses. As an ambassador, you will volunteer to bridge Roblox development to your university. Our program will provide resources, support on initiatives, and a Guilded hub for your fellow students to connect in.

The Possibilities Are Endless

Want to compete with fellow students? You can host your own game jam for your campus (or versus another campus in our program!). Oh, and did we mention… prizes?

Are you passionate about a specific topic on Roblox? Hosting workshops or presentations on your campus is a great way to express your ideas.

Roblox is the beginning of the metaverse and tons of people want a chance to meet others who have the same passion! Mixers and networking events for people who could be interested in Roblox development are great opportunities to meet people.

You can collaborate with a professor to create a course or unit revolving around Roblox development and how to grow on the platform!

A campus hub where fellow Roblox developers can meet and collaborate! You can help introduce people to development or even come together as a group to make your own studio.

Maybe your campus is really interested in growing in the development industry but doesn’t know where to start. You can host a panel at your campus with some of our team as well as other developers to help your campus get questions answered!

Our Team is Here
Just know you’re not alone! Our team is here to help grow and sustain your campus chapter by:

Why should you become a University Ambassador?

Roblox is all about what you make of it, and your chapter should be something that you also have fun with.

Are there any requirements for this?

Which colleges can apply?

Can university students outside the U.S. apply?

As of right now, no. We have plans to launch internationally eventually.

If you have any questions or concerns about this program, please feel free to contact the staff via email at devrel-uni@roblox.com and we’ll get back to you as soon as we can!

This program seems like a great opportunity! But this here has a writing error. Best of luck to everyone.

Seems like an awesome program! But if roblox sent ambassadors merch like this, I’d actually go back to university just to get in 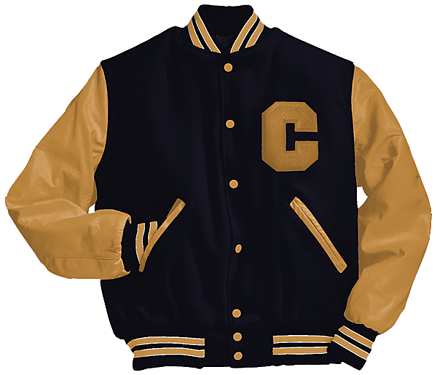 and a Guilded hub for your fellow students to connect in.

Why is it always Gilded? Why not also support Discord?
However overall this looks really cool and I might sign up to become an Ambassador at some point.

for lots of merch, i would gladly improve the MIT to Roblox pipeline for software engineers

Such a good opportunity !!! Goodluck to everyone!

Wait they OWN Guilded? I knew they use it for basically all community based things like this but I thought they just liked it a lot or something.

Yeah, if you google “who owns Guilded” then it says that it is owned by Roblox

In other words, you want free advertising in order to isolate more recruits for potential employment. Unless there’s some sort of incentive, echo’d in most legitimate feedback already posted, there’s no point. And there’s no real reason or application to bridge school work to Roblox. So, it would be incredibly hard to find students that want to do this and to tell them there’s value when, let’s be real here, there isn’t.

People spend money to go to college to find value. Having Roblox listed on your resume or even extracurriculars does absolutely nothing unless the hiring company is on Roblox or knows what Roblox is outside of a “children’s game”.

Bottom line; it’s ridiculous that you’re exploiting the college minority on this platform and coaxing them into free low-risk low-cost advertising tools for a corporate entity while slapping the “oh yeah there’s value” punchline when there isn’t. I don’t want to offend the person or people who came up with this because I can imagine this took a lot of planning. This is just not a good idea. I think there are better ways this company should look into instead of banking on a bunch of college kids hoping that it goes ok. This seems severely out of touch with the tough reality that college / university students face.

Plus as a university person myself, I really don’t want to get bullied at a college / university level from parents, professors and other students thinking I am coaxing naive developers to a dead end. Point of college is to have a higher chance to break out of that dead end. Not move closer to it. It doesn’t help that any noticeable game that I could show to someone is low-effort child-friendly looking blobs of colors and money-grabs. My target audience are used to EU4/5, Unity, etc. I think if they saw Roblox, they’d think it’s a joke. No professor with years of experience would buy into any of this. Almost every person I’ve talked to thinks that Roblox is an endless money pit for kids, a disgrace to the game-development industry and a total waste of time. They’re kinda right. I have no issues existing on this platform and doing slow development but, seeking a career or being taught it while being in debt seems like an abysmal feat. I don’t think a endeavor this big would lead me closer to not being in debt so, as Barbara from Shark Tank always says, I’m out.

Don’t expect an upvote from me, I do not see new stuff other than talking to other students.

This sounds awesome! Is this program restricted to institutions within the United States or is it available in other countries as well?

I have always wondered when Roblox would try to initiate something similar to this program; personally, I learnt most programming concepts from creating things in Roblox but imo I would extend this program below high school level or in high school level as most people already have learnt core programming concepts above university or college (assuming that most people would want to learn Roblox Studio for computer-science related studies)

Which colleges can apply?

Can university students outside the U.S. apply?

As of right now, no. We have plans to launch internationally eventually.

Seems like Roblox is planning on launching it internationally, I think it’ll take quite a time though.

I agree, it really doesn’t sound like something university-level. There are plenty of other much more professional programming and modeling courses. Why would students choose Roblox over those?

An amazing opportunity for ambassadors for sure, but I can’t really imagine this taking off…


I might've misunderstood, could anyone explain to me what "introducing Roblox to colleges" really mean?
2 Likes
WooleyWool (AWildWooleyWool) August 30, 2022, 7:57pm #24

Such a great opportunity!! I’m honored to be a part of this growing program

I might’ve misunderstood, could anyone explain to me what “introducing Roblox to colleges” really mean?

They probably want to attract people who study computer science or IT. They need more games that earn them more money.