Before 3 AM - A short unique horror game

Before 3 AM is a short horror game where you are a security guard that has to protect a building by observing through your security camera. And make sure that keep an eye out on the outside of the building, and on the inside, Because you are never alone. You have till 3 AM.

This game is interesting because it makes use of Viewport Frames to simulate a TV/CCTV. There’s also some other interesting specs of this game, for example, the fancy lighting, a “mysterious” figure, neat details, “high quality” sound effects, and some story!

This game is still in development, meaning that there are more to be added.

Feedback will also be much appreciated!

I have took note of most of the suggestions in 2019. Though Part 1 is still an intro-like section.

Wow, where do i begin. This game was handsdown a real neat fps horror game everything from the CCTV and neat posters around. You didn’t need to tell me the backstory of the game as i could read them on the poster and pinpoint the story. When i first saw the icon for the game i got the five nights at freddies feel and thought it would be something similar to it. real time segements were one of the most unique attention to deatil a FPS has done in roblox for a while. This game has real potential to become the next first person horror game.

I’d recommend doing a rehual on the office, adding in more buttons, camera controls or a desk and computer. Maybe potentially making the player have to leave the room too do stuff, for exampe when the power went off my first impression was to try and turn the light on or try and make it so i can visably see something, you could potentially have te user go to a power room and turn back on the power to keep monitoring the “creature”.

I felt like it took a while for everything to happen, as you had to wait for what felt like 10 minutes to see the actual creature and you could only browse one CCTV. It was hard keeping myself entertained between each minute where ( cutscene segement like ) would appear every real time minute. At the very end the boss revealed himself by destroying my office. This was a very entertaing way to introduce the boss, but the photos i saw of him were 4x smaller then him in the office. When he started to destroy my office i was confused on how to survive thinking if i ran to the otherside of the room i’ll be safe from his vision. Far was i wrong.

Wow, thanks man. Never thought i would get a compliment like this. And i have thought of adding more things to do as well, like more ways to defend your self against the monster. I am not the best at scripting and i had to make this game alone, so creating these kind of features might take some time to do. Other than that i heavily agree to some of your feedback, Thanks!

I would have left the game after 30 seconds if I didn’t have a passion for Horror Games;

You could have done everything in less time but instead I had to wait in a confined space, then boredom exceeds anticipation, I had nothing to do but wait for the “thing” to kill me and get a Game Over.

The Screen noise is very repetitive as it’s only two images on top of each other, one flickering on and off, try taking a look at these My Smaller Modules [Open Source!].

The lack of sounds, noises, voices is a shame tbh, take a look at ANXIETY did such a great job at making the players freak out despite not having a Monster or threat for that matter.

Anticipation is key for any Horror game but you executed it poorly by delaying Events, which resulted in boredom.

The story is nice and all but there is nothing else to discover or be curious about the Monster, the saying “People fear what they don’t understand” is not just a clever statement, but proof that it’s accurate, I understand your Monster it’s black, has red eyes and kills, therefore I don’t fear your Monster.

While the game is pretty well thought out and made with lots of love, it’s far from what I would call a Good Horror game, 4/10 at best.

Don’t be discourage though, you should definitely aim for Top Rated!

I’d say the game-play is truly amazing. I had a really fun (and scary) time playing it! Keep up the great work! Though the game thumbnail could be improved.

I really like the way it works, though making the buttons and stuff in there interactive would be really great. I didn’t really understand what to do to survive though I did anyways.

I am guessing he can change size because on the camera he was really small compared to at the office. Maybe a note on the wall making it clear, though you could skip that as it would be a part of the game.

I totally agree on this too. There is just the need for some more content.

EDIT: I did not mean to reply to Lucke. I’m new to actually posting on the Devforums.

I’ll admit, I originally thought this was yet another FnaF inspired game, and on the surface, it does look like that. The game has its own charm, and is fun in its own right. However, as the others have said, the lack of more content hold it back.

As it currently stands, it feels more like a waiting simulator. Outside of watching the screen, there’s not much to do. While the game explains the objective, there’s no real direction, nor an explanation on how to survive. It just says “Don’t die”.

I feel another issue is the lack of meaning for the lights. At first, I thought I could survive and keep hidden by turning the lights and camera off. Nope. Then I figured the light could blind the creature. Also no. They’re just there. For a horror game, if there’s something you can interact with, it should have meaning, instead of just being there.

As for the pros, I do like how the events happened even when you’re not observing the camera, or even have it turned off. I liked the atmosphere too, and actually got startled when I saw the creature for the first time.

Before 3 AM now has a Part 2! There is much more too see and do than the previous version of the game in 2019. The game is more finished.

I’ll be looking for feedback on this new version of the game as I am making a sequel to this game.

Will I be able to join the development? I’ve kind of been looking forward to work with someone, or to work for a development studio. I’ve also been looking for something that I can utilise my talent on. I have some experience that may bring unique value.

Sorry, i’m not hiring anyone at the moment. I am currently looking for feedback. I may contact you for the sequel at some point. Thanks for offering!

I like it a lot, maybe you can work on the thumbnail. Quite basic if you ask me.

The gameplay and everything is great, though you should get a different thumbnail and icon.

Its pretty good-I closed it I was so scared!
Make the time go a bit faster/

I found 3 out of 6 fuses and a cellar key. I equip the key and it wont let me unlock the door. Is this a bug or is there another thing that I’m missing? 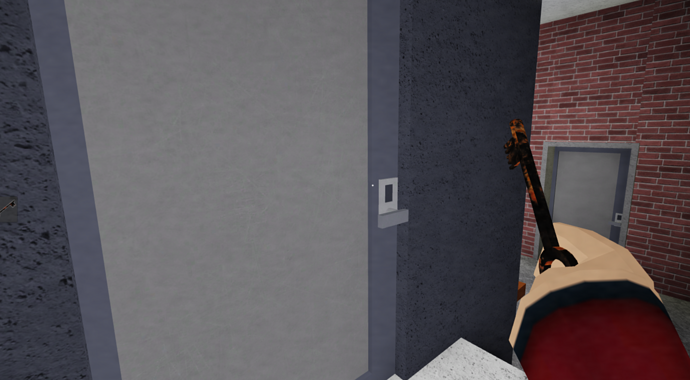 I also can’t pick up the shotgun shells

That’s not a cellar. That’s just a regular door. 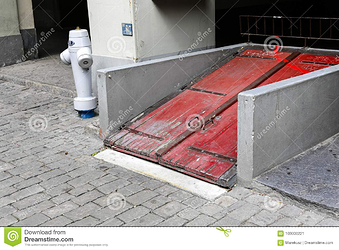 also you need the shotgun to pick up the shells since they aren’t an item.

Thank you for the information, though! And yeah, I figured that I would need the shotgun before picking up the ammo.

The game was really fun and I like the spooky feel and the jumpscares it has. As you know, I found it difficult (and frustrating

) to find the cellar, and I got confused by that locked door. I suggest maybe adding a map of the map so players can find the locations (such as the cellar) much easily. I really loved the shotgun because I could prevent the thing from hurting me.

After walking around a lot, I got annoyed at the sound when the monster poofs away to another location. If you want to make the game a lot scarier, maybe you could model some freaky demon thing (besides a black character with red eyes) and then animate a jumpscare or something.

Before 3AM is a totally awesome game. It just adds horrific tones to stuff like for example is events that does it. It reminds me of the joy of creation because in the joy of creation there are chapters and stuff like that. The scariest part was when the shadowman broke the office. I have honestly never gotten scared of one of those events. That got me jumping! Keep it up

Its kinda slow moving though…
It is fun