We want to share how Roblox will be rendered on notched mobile devices going forward and allow you to try this out as a Studio Beta feature.

We aim to preserve existing UI layouts as much as possible, but there are some important differences that you should be aware of:

Here’s an example of what notch screen support looks like in Livetopia:

How can I try out Notched Screen Support?

You can preview this change as a Studio Beta feature with notched emulation devices that have been added to the emulator to test your experiences. The emulated devices allow you to see what your UI will look like on mobile devices with different notch types.

Here’s how to enable the Studio Beta for Notched Screen Support and test the feature:

What are “notched” screens?

Recently, mobile devices have come out with new screen shapes that aren’t simple rectangles. Modern mobile displays can include notches, hole punch cutouts, and rounded corners. Here are some examples:

How will Roblox be rendered on notched displays?

We are making 3 core changes to how Roblox is rendered on notched displays:

What is a safe area?

Safe areas are screen regions that help us simplify UI design across different devices. Portrait and Landscape safe areas are shown in the diagram below.

Do I have to update my experiences to support notched screens?

For the 3D viewport portion of your experience, no action is needed to use the full-screen area! The 3D viewport will automatically fill the entire available screen area, including the notch area.

For the 2D UI portion of your experience, we anticipate that most experiences won’t need major changes. We’ve added several automatic UI adaptation features to make many existing UIs automatically compatible with notched screens (see the next section). However, we still encourage you to test your experience on notched devices in the Studio Device Emulator.

The following types of UI may need adjustments to provide optimal notch support:

See below for more details on the automatic UI adaption features as well as some additional tips on how to author UI that works on all screen types.

We are investigating a new UI component to extend specific GuiObjects within a ScreenGui, to the edges of the fullscreen area (beyond the safe area). We’d like to understand whether the existing functionality in the Beta is adequate or whether additional control is required. Let us know!

How is UI in ScreenGuis automatically adapted for notched displays?

We can use the safe areas defined above to automatically adapt the most common types of UI to notched displays. Here are the 3 adaptation techniques that we are using:

Design Tips: How to update your UI for notched devices

Advanced: How can I get the device’s safe area inset sizes?

Why are we making the above changes?

Reminder: Automatic fullscreen extension won’t extend groups of GuiObjects that each cover only part of the screen. See here for more info.

We want to hear your feedback on the notch screen support after you test the changes. Is this a welcome change? We’d also like to hear about any issues you run into or any suggestions you may have.

Finally, this is something I’ve been waiting for quite a while. How would this work, though? Say, Pixel phones with a hole punch notch. Would more devices be added to replace the older ones?

I really appreciate the detail that’s gone into making sure that this update works well. I would hope that many of the automatic options are superseded by manual workflows for new work going forward, because depending on automatic ‘magic’ adaptation behaviour for new games is a recipe for confusion, but it’s a good compatibility option to have at the very least. I just hope they’re treated as such and don’t become technical debt that has to be dramatically dealt with in the future.

I made a video talking about my concerns: 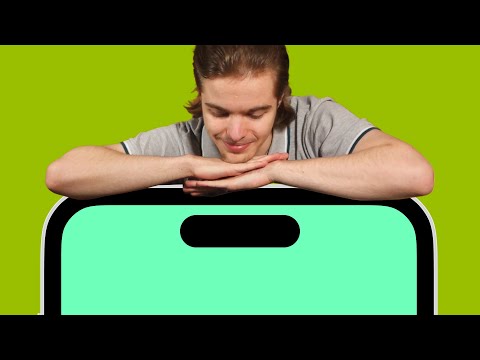 Thanks for the detailed work! I look forward to seeing what people do with this

This is great! I’d love to finally see mobile Roblox screenshots without giant black bars on the side.

Will there be a way for experiences to detect what type of notch the device has? I want to take advantage of the entire screen for UIs without clipping through notches and punch-holes, and taking advantage with as much space as possible.

Safe areas are a great addition from the standpoint of a player as well. They improve looks and ergonomics dramatically. Finally, I won’t have to break my thumb in order to press the jump button!

I disagree with the changes to the 3D api, if I am checking the camera’s ViewportSize its because I want to know the resolution of what the Camera is rendering, not the resolution of the mobilescreen excluding notches. Personally I feel that if the notches interfere with the usecase of the game developer the game developer should make a active to take that into consideration and it should not be the other way around, changing the behavior of ViewportSize and other 3D API’s seems like such a strange choice which just adds more annoyance to the 3D API’s.

Personally adding these API’s would make more sense since it would allow game developers to program in support for notches for when they are using 3D API’s while preserving the original behavior of the 3D API’s
GUIService.NotchSize: Vector2 The size of the notch in pixels.
GUIService.NotchPosition: Enum.NotchPostion The position of the notch TopLeft TopRight BottomMiddle etc.
GUIService.CornerNotches: integer The size of the unsafe area around the device corners.

Will this come to high-end Android phones?

All the effort invested in this is very appreciated.

Wanted to mention that I have a case where background extension doesn’t work. The CanvasGroup appears to prevent the background frame from filling out the screen.

This is something that got overlooked, but the swipe-up-homescreen-bar on the iPhone X is still missing from the emulator. We actively design our UI around the existence of this bar, and seeing a refresh to emulator to support notches without the inclusion of this is slightly disappointing.

In the first screen shot you can make out the horizontal grey bar:

In the actual emulator window it is not present.

This looks like an amazing change. Although I don’t play Roblox on mobile, it will make games look much better on mobile!

Is it a bug or intended behavior that ScreenGuis reset to IgnoreGuiInset = false when reopening a place? I have tried tweaking the new screen support settings instead, but it still resets. I may have to opt out for now because this is interfering with several of my UI.

This feature sure is top “notch”

Now that this has come to phones, when will this come to tablets like the Samsung Galaxy Tab S8 Ultra?

Thank you so much! I’ve been waiting for this change for a long time!

Try the new emulation devices that have notches or screen cutouts:

I’m very confused by how few devices have been added to the emulator. Could we please get support for a wider range of modern phones? This would allow developers to be able to insure their game works right on more devices.

Hi @dragonfrosting, that sounds like a bug! If you save a ScreenGui with IgnoreGuiInset=true, it should still be true when you open the place.
Would you be able to provide a placefile example where this is happening?

It happens in any place file, I have tried saving the place after fixing the ScreenGuis but reopening it resets the Guis again.

I’ve disabled the Beta and the issue has stopped. I can try uploading a sample file if you are unable to reproduce the bug.

Did you guys consider simply rendering the graphics in what was formerly the black bar, but keeping all UI behavior the same as prior? So this would mean that old UI layouts would work completely fine, minus the fullscreen problem.