The only thing to do now is make it so the player is no-clipped as they enter the portal, so that way we don’t have to manually make all the walls no-collided. I think I should be able to, if anything goes wrong I’ll share it here.

Can you upload that one abilities to walk into the portals please?

Uhh i unfortunately overwrote it, but it really wasn’t anything special. Basically when the portal was touched get the offset from the portal, rotate it, apply to the other portal, finally teleport the character. Very simple and easy to make.

Lucky for you @AnomliKnightimus, I saved it before @EgoMoose updated it.

By the way, amazing work!

Thank you so much! @ThousandDegreeKnife

Small stability fix! Prior to this fix when you had a surface that wasn’t exactly square you’d sometimes get a “jiggle”. I fixed this so now you can have non-square windows galore without worrying! Woopee!

Once again, you are a savior for making this. Going to play around with this and see what I am able to make out of this

Edit: Forgot what I wanted to say and I remembered, is it possible for the portal physics to interact with parts?

The portal physics i made only works for the character, but it shouldn’t be too hard to extend it to random other parts.

The mirror implementation of this can be used for really nice visuals.

Terrain water has screen-space reflections, and parts don’t even have that. However, using this, one could make parts that have proper reflections!

We will be able to obtain this power without workarounds soon™. Have high hopes for the furthering of the Future is Bright project. You can download the demo build to get started early, though it won’t show in regular games.

(Unless FiB doesn’t cover this)

I believe they discussed world reflections at RDC, but i was under the impression that this was independent from FiB.

This looks way better over a wider view-angle range than I would have thought possible, well done! Some blurring up close was inevitable even without the camera scaling limitations, just from the limited resolution of SurfaceGUIs.

I just looked at your Portal.rbxl file to see how you got around the inverse projection conundrum, and I was pleasantly surprised to see not only something very clever, but also something I recognize from a completely different context than Roblox, specifically from actual photography.

What you’re doing with the translation of the ViewportFrame itself within the SurfaceGui is how a lot of architectural photographers corrected perspective of buildings in-camera, before computers and Photoshop were even conceived. It’s something called the Scheimpflug Principle, but is more commonly known as the “shift” part of tilt-shift photography. The way you’re cropping the edge of the viewportFrame’s view is equivalent to shifting a real camera’s lens parallel to the film (or sensor plane).

I know pretty much nothing about photography, but these are interesting reads! Thank you for sharing! I appreciate that someone like yourself has the knowledge to recognize and put a name to these concepts. It helps myself (and I’m sure others) learn more and hopefully come up with even better solution to this problem

I was reading this post for quite a while now, and what you have done is incredible, and the next thing I see is this:

This seems cool! I saw the game, Great work guys!

I found a bug.
If you leave the game, your character will not be removed by the view point frame. And some characters don’t have their appearences.
Edit: I am pasting this example. Warning: This picture may not be suitable for all audiences. 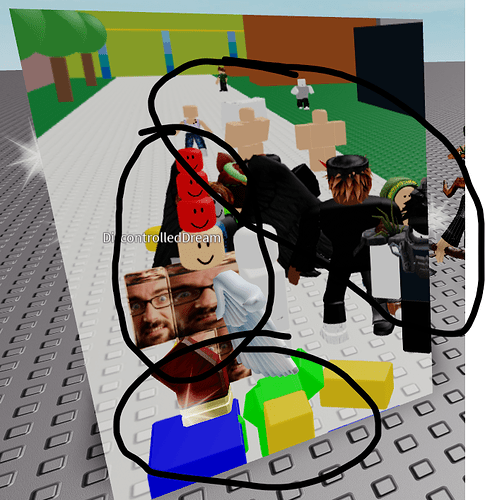 Also, if the character gets too far away from the portal their clothes disappear.

Yeah. I should have posted the other side. Ima do so now. Same warning as before 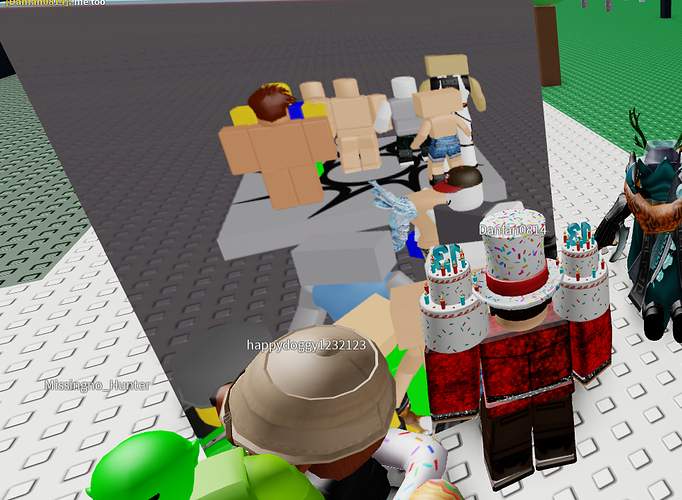 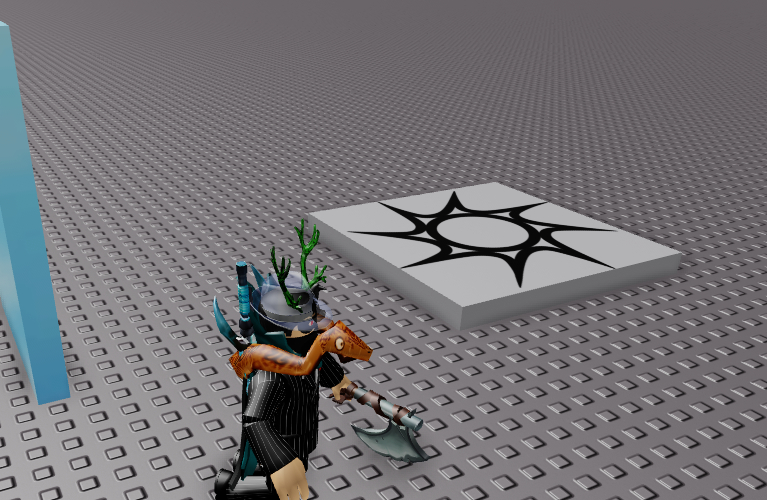