Please note: There were no release notes for 537. This week continues with 538 linked below.

Can we please get an option to disable the UI editor?

It’s totally abysmal when working with UI. I’m sure it has use outside of my workflow but, having it forced is ridiculous.

I know there’s a way to disable it if you delete a few files but, studio updates a lot and having to do that (I automated it) is kinda a pain.

Edit: Oh, I thought I saw something about it here. rip 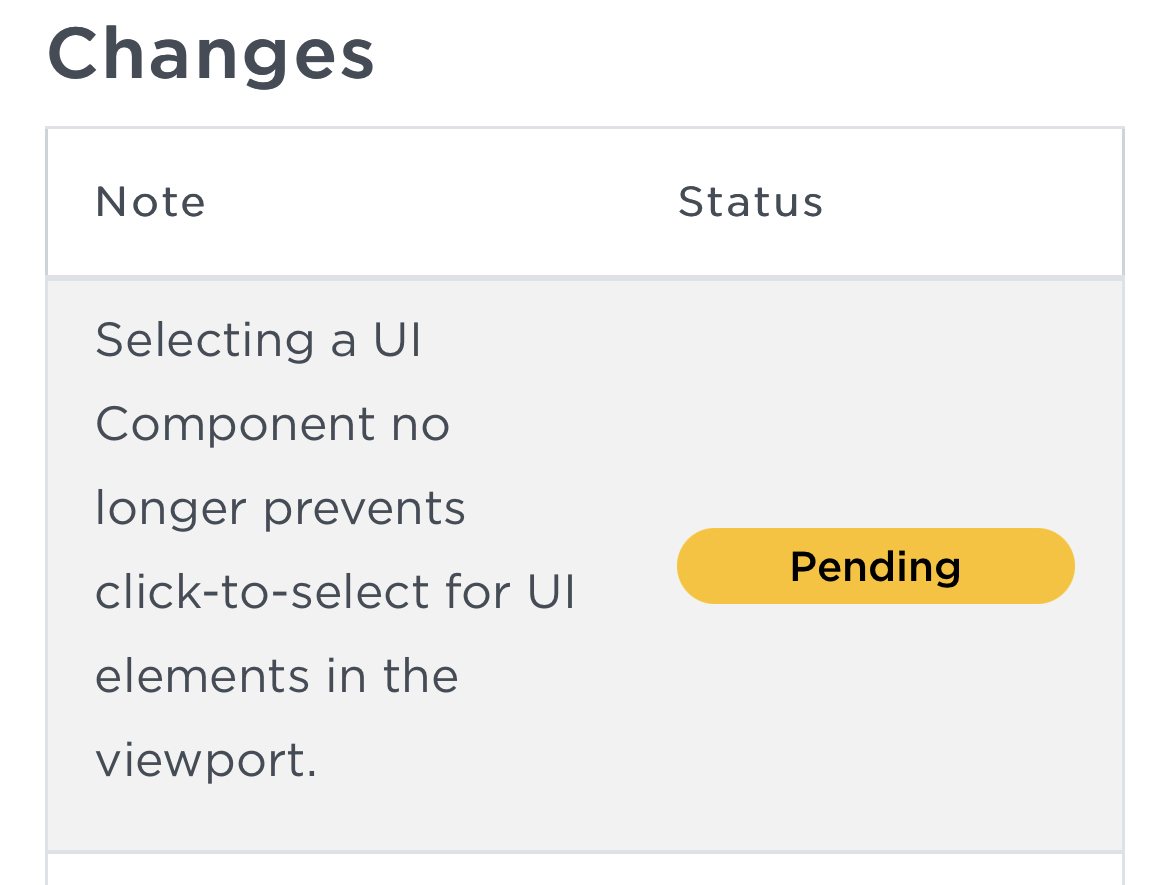 Can we please get an option to disable the UI editor?

FYI we hear you on this. The reason it’s taken so long to get this is that we were working on other things which would have likely removed the need for a way to disable it, so we chose to skip adding a way to disable it at the time. Unfortunately the timeline on those things has continued to slip, so I reopened the discussion on adding a simple disable option recently.

Thank you for the transparency on this issue, it’s nice to hear literally anything about this when everybody has been complaining about it for years to absolute radio silence. Especially appreciate you reopening dialog on this issue.

But once again, I have to say that this approach is foolish. At the completion of the feature, saying “Let’s not do this extremely straight forward thing that solves a huge problem for all users because we have grand plans” does not make any sense, Roblox should know that it moves glacially slow and within even just the first 6 months it should have taken action; this is a critical usability issue that completely makes it impossible to work on UI in many situations. The visibility problems everyone has with this tool would have come up as early as the announcement, but Roblox chose not to act on any of that feedback this whole time because of what seems to be hard-shifting priorities and “big plans” that we’ll probably never see for another 2 years.

This approach is the exact same reason why we still cannot see tags in Studio natively, and adding a bare bones interface to do it has been shirked for years, difference being that there is a plugin for this problem. This method of prioritization is broken, Roblox engineering is too slow to be doing things this way when users of the platform are making a living here and need solutions now. It’s embarrassing that tooling that harms an entire facet of game development has just been left this way.

I actually understand where Roblox comes from with their response. I work in a massive tech company. Stuff moves notoriously slow. There’s a lot of internal discussion and roadmap issues well beyond your pay grade to just make a change yourself. Sometimes, you have to reach out to other teams because what you want isn’t actually under what your team owns. It’s not as simple as just changing it. So much stuff comes to play here. Much of what you probably don’t see as a developer. The corporate structure is basically designed like that.

Honestly, @tnavarts giving a response in general about it is a win in my eyes and I trust where it’s going. It’s unfortunate that developers directly see the blunt force of lack of prioritization but, you’d be surprised. Engineers deal with it too!