What can I do with these asin, acos, atan, sin, cos, tan

You can write your topic however you want, but you need to answer these questions:

Wants to use all their potentials

I’m bad at math and I don’t understand everything.

A few exemples are enough, thanks.

Once you start to get into Algebra or Trigonometry classes, you’ll understand how these work; until then, I wouldn’t recommend you use them as you wouldn’t understand them. You might be able to find some Trigonometry tutorials online that help explain these, however.

Yes, i understand it a bit, but how to use sin, cos and tan?

But i dont understand the asin, acos and atan.

Like I said, once you get into higher level Maths classes, you’ll understand how these work. I’d recommend using Khan Academy; it’s a pretty decent source to learn Maths from, especially Trigonometry.

Those are trigonometric functions. The use cases are as plenty as there are use cases for addition and subtraction. You will most likely learn these functions in a trig or pre-calculus class. 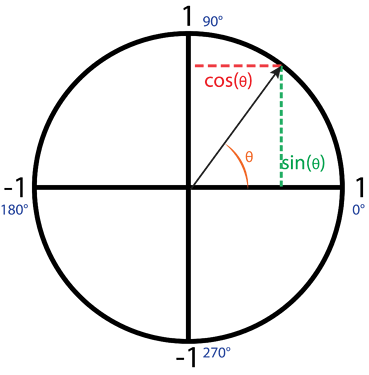 Here I’m just going to talk about sine and cosine + their inverse functions asin and acos (math.sin and math.cos + math.asin and math.acos). It’s helpful to think about sine and cosine as the Y and X coordinates on a plane as Θ (theta) increases. In figure B, you can see the graph of y = sin(Θ) depicted by the red line and the graph of x = cos(Θ) in blue. It also shows you how that translates into coordinates on a plane. If you calculate x and y for every number between 0 and 2 * pi, it will result in a circle! You can graph the functions y=cos(x) and y=sin(x) from 0 to 2π on Desmos and convert the two values into X and Y coordinates if figure is confusing to you.

Tangent is the ratio between sine and cosine tan(Θ) = sin(Θ) / cos(Θ). Often times it can be represented as the “slope”; the “instantaneous tangent line” is something you learn how to calculate in a calculus class with limits and derivatives. Don’t worry too much about this one until you grasp the concept of sine and cosine first.

math.asin and math.acos do the opposite (inverse) of math.sin and math.cos. They return the Θ value that corresponds to the number from -1, 1 you pass in. I wouldn’t worry too much about those right now though. If you have any questions, feel free to ask them here.

If you’re really committed, Khan Academy has a free course on trig. 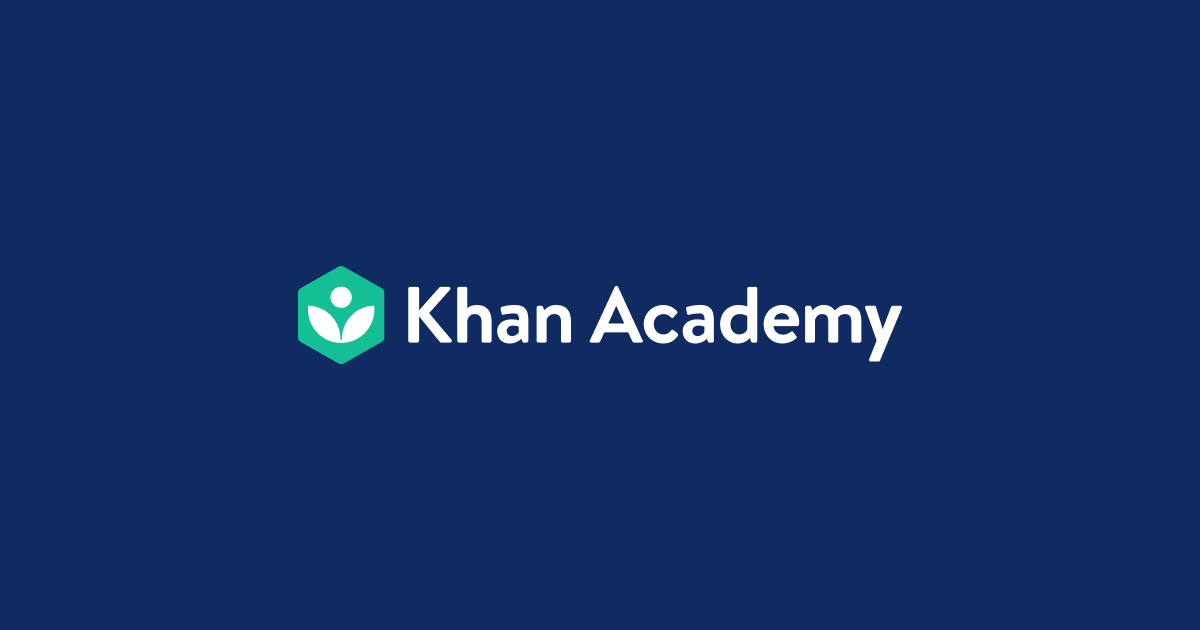 Thank you all, but I have to go to sleep net unfortunately, tomorrow I will ask all the questions I have in mind. Good night!

Can you explain me this:

The link I found this script in is this one

I was once just like you, not understanding any scripting or coding but after 4 years of algebra, i finally understood it. Now I’m a pro. Don’t worry, it does get easier with experience.

I use them most in springing and camera bobbing.

I would need to see the code in context. What is the code from? Can you send pictures?

Thank you really for all your help, but one more question remains, is it really true that you would rather use the sine for the Y axis and the cosine for the X axis, if so, does that mean that the tangent is used for the Z axis? (P.S.: I saw it in this video, time 2:36)

It’s called the dot product, in vector calculus you use it to get the angle between two vectors.