a large music company might have threatened them with a new lawsuit cause this update came out of nowhere, and it seems really rushed. don’t be surprised if clothing is next

while I don’t blame them for being forced into this situation, I 100% blame them for how they are handling it especially when there are much better ways of going about it.

Exactly! There’s much better ways to go about this without having basically the whole catalog wiped out in 2 weeks.

I dont mean discuss the legal case, but do discuss things that can be done.

For instance, they could say something along the line of:

We are needing ideas from you as to ways we can better our moderation and distribution of audios on the game to make the site safer and better for all! These are some ideas we have come up with and would like to hear your take on them. We have a deadline of (insert date here) to complete this so do give us your feedback!!!"

That doesn’t say why necessarily but its a lot more open than just saying we are making X changes and you need to alter your games or risk them being ruined.

The main thing that still bothers me is that most people (including me) have only 10 audio uploads per month. I do not have any sort of ID that Roblox will accept, and we still have no idea what the criteria for 2000 a month is. One thing’s for sure, 10 per month is not nearly enough for me. 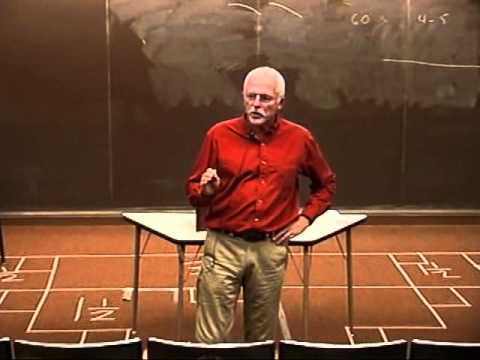 i mean am i wrong?

they know what they are doing

Yeah? I think you’re overlooking a couple things, keep in mind that these are the same people that introduced/support:
The entire concept of rthro, devex rates, requiring IDs to use voice chat, accidentally releasing broken layered clothing, breaking cookies, increasing pending sales, hiring people who’ve accepted bribes to access the admin panel (although who could have known they were going to do that?), the entire CSG system, game discovery, terrible customer service & moderation, lack of communication with the community (remember when Roblox went down for 3 days because of a burrito and left us with 2 tweets?), failure to implement proper support systems for developers to players, privating #feature-requests, this, the release of many invasive/annoying, non-disable-able features (like the require output thing), a laggy script editor when using GSync or Mac (somehow caused by colour profiles like what?!??!), whatever this is, somehow uploading audios with explicit names, somehow allowing users to get hacked without rolling back (1 rollback per account per lifetime!!!), terrible bias when it comes to ugc (I’ve seen many talented 3D modellers get denied but somehow star creators get instant access to ugc), and don’t get me started on the terrible people in that program but that’s for another discussion…, deprecation of surfaces (come on we want nostalgia), keeping the develop tab the same for like a decade, removing tix (debatable), horrible filter, not listening to the countless good feature requests, weird moderation on the devforum, lack of transparency on the devforum, frankly poorly optimized rendering engine, not considering feedback on new features, weeks of delay on bug reports, continued pursuance of features that have little to no support (I’m sure roblox would remove r6 if it weren’t for the handful of games that give Roblox a significant amount of revenue that would break if they removed r6, broken AutomaticSizing, not having basic fundamental UI features (blur? why is uistroke not scalar?), the few individuals that continue to suck up to Roblox and manage to defend them even when it’s a clearly stupid feature not naming anyone but I hope you know who you are ;), and that doesn’t begin to scrape the surface.

I can get behind wanting new technology but focus on things that actually matter first.

Yeah, the entire community being outraged and countless games being unplayable will sooo be forgotten in a week!

also not to mention this thread has 2.5k replies in 2 days.

My point still stands however, yes this is rushed, but there are still better alternatives that can solve this issue.

But going back and touching almost 13 years worth of audios making them practically impossible to use? Why not just moderate through them all and take out the genuinely infringing stuff!?

Yeah, the entire community being outraged and countless games being unplayable will sooo be forgotten in a week!

this isn’t the first time people were outraged about an update. do you remember when roblox changed games to “experiences”

roblox audio moderation will probably be really strict, which in turn means that uploading bypassed audio will be really hard

Very, and I can’t stress this enough, very bold of you to assume moderation is going to be stepped up when what was holding back most audio bypassing was the price tag. Audio uploads are going to be streamlined and uploaded like never before. If they couldn’t stop some from slipping through the cracks prior, what makes you think they’re going to suddenly prevent it entirely now? The only reason Roblox is pushing an update this absurd is that they’re at risk of being sued. At no point in the OP is it mentioned that moderation will be more strict, only that it will actually take longer for audio to be approved.

Getting the same thing. When I replace an audio with my own upload and hit refresh, it shows a red cross even though I’m the uploader.

PLEASE! Do not fall from this terrible disruptive changes. Its sucks to privating all the assets by Default making it Poorer Quality, Longer Time Development, Cancellation and Halting many projects, and Cutting all of the Existing Audio longer than 6 seconds cannot be hear, Making it Almost Every Game loses its life at all cost. This is no Solution to Changes of Asset Privacy. Reverse decision immediately.

Even after the Hackers hacked Roblox’s official account on Roblox web itself to glitching and hacking the Audio naming abuse for no reason.

this update will change the entire way assets are shared
PLEASE do not oversimplify topics, it angers me to a level I can’t describe

you seem to just do some 10/10 mental gymnastics

I know. Did you somehow miss the giant 22-line block of text in the middle of my post?

Luckily I’m starting drivers ed soon so hopefully I’ll have a driver’s license to use eventually, but I need 100+ uploads sooner than next year. I’m working on two games that need a lot more than 10 soundtracks and sounds. I don’t like the fact that I’ll have to wait multiple months just for all the sounds to be on the website.

i am not oversimplify the issue, jut saying that it’s not that big of a deal, roblox might slowly start putting the audios backup after they check if it’s copyrighted.

If worst comes to worst, we may not ever get to make audios public.

Because this update will destroy these 2 things I bought a long time ago.

I honesly just hope that this update gets cancelled. And if it doesn’t, we have another proof that roblox doesn’t care about their developers (who basically hold their platform alive) at all.

Sorry for the lack of clarification, im very bad at it
you’re undermining the issue by comparing it to a LITERAL NAME CHANGE
):<