Adding a Node Editor to my visual scripting plugin!

This is a small devlog/showcase, I’m not sure if I’ll make another one.
But I’d like some feedback and ideas, here. 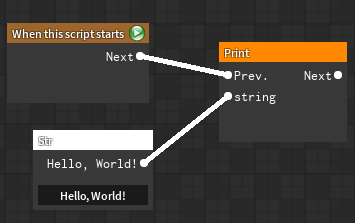 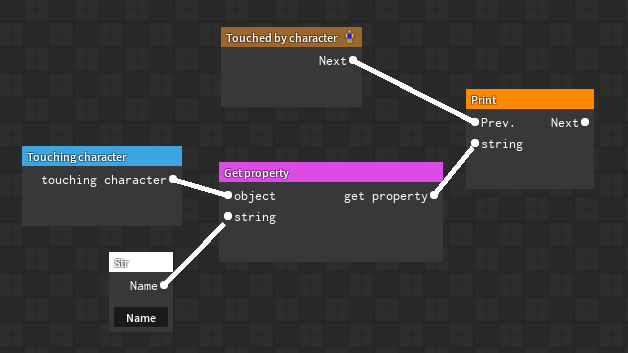 It currently doesn’t have many features. It doesn’t even compile to lua yet.

But I’d like some feedback, about the design of the nodes, what could I improve.
Also I’ve never used Unreal’s Blueprint or Unity’s Bolt. So if you know a feature that could be useful for EventBlocks’ Node Editor as well, please share it in the replies.

Have a great day! 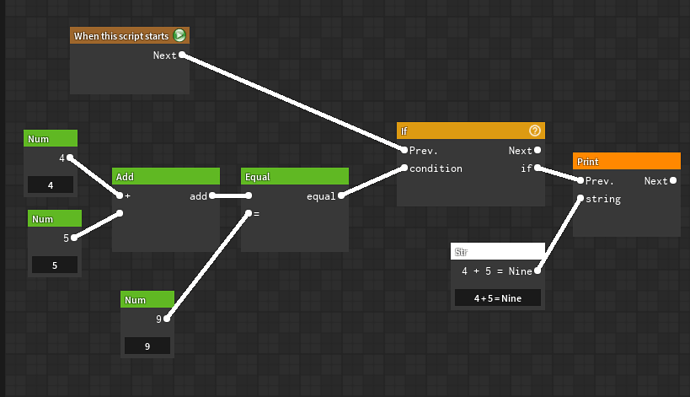 Great! I like node editing a lot more than the one that scratch has personally. I find it easier to use haha

Maybe add curves to the lines, that would definitely make it look nice. However it may require lots of frames, so I am unsure as some scripts can be very complex