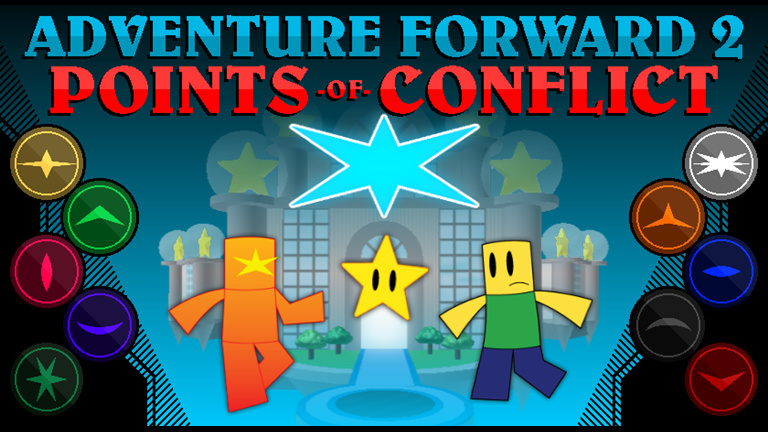 Posting it here because it didn’t seem like the word was spreading around quickly.

This is the sequel to Adventure Forward: Star Savior. It will also be my last adventure game. Any expansions I want to make to the series will likely be added to this game. I hope you enjoy it for all it’s worth. It’s been one heck of a ride.

If you find any bugs in the game, please send me a DM about it on roblox or twitter (@ExplodeRBLX.)

Thanks for your time.

P.S.: TNL should really try playing this, since the series started on Adventure Forward: Star Savior. It’d be really cool to see.

TNL should really try playing this

I played this for hours and it’s really fun. It’s not too polished, but the gameplay is amazing. Great job

I do feel like there’s less substance to the world and storyline as I experienced with i.e. Super Paper Roblox - but you’ve made the interaction with the NPCs (for boss battles) more action-based, which was fun to try out. A bit repetitive mechanism, but I liked the game nonetheless.

I do have a complaint though - the final boss went rather insane. You can’t trust your health at all! I had full health all the way to Stratosfear, and then boom insta-killed by the sudden speed increase in attacks, at least 3-4 times in a row until I decided to wait with that boss. You should also try add checkpoints for people who leave and come back later - or a pause option, because we’re quite forced to keep fighting bosses without the ability to pause (it’s a single-player game, so it should be possible to do)

As for small niffy improvements, you could add in custom teleportation screens and style up the chat UI a bit and such - not sure if it’s intended the way it is, might be, but it feels… off-style, somehow.

WUT I had no idea it was out!

Yeah, the objective of this game was to be more gameplay-based rather than story-based, since Super Paper Roblox was almost entirely story-based.

I’ll be sure to consider your suggestions.

I joined the 4th level, seemed like my star count was lower and none of the stars at that level saved (though my red coins did). After every death I gained a star, sometimes 2. This was in the overworld

I died a lot lol.

Edit: Once in the overworld, the level displayed as 100% complete (even though I only got the star/coins I was missing).