I like compatibility alot. I am used to play and build with Legacy, I like voxel but it just doesn’t fit in sometimes. Compatibility is like a better version of Legacy. Same classic style but improved! Excited to see what we can make with Lightning Compatibility!

Hey, sorry for the late reply. I have also noticed this, but I have found if you increase the exposure of your clothing item it helps.

I am very happy with this update. Thank you for your hard work.

It would be nice if you guys could release combinations of engines, for example : ShadowMap and Future, Compatibility and ShadowMap (that would look nice

It would be nice to have accurate reflections alongside this in the near future.

I agree, especially if we wanted a game like Super Nostalgia Zone, We could use ShadowMap to replicate the old shadows while also having the simple compatibility lighting, It wouldn’t be perfect but it would be great to have.

Wow, this is really cool! Glad that legacy isn’t being completely removed, but kind of upset that Lighting.Legacy is being removed. However, I know it has to be this way for ROBLOX to move on as a platform.

I’m hitting this exact same problem here… at first I assumed it was a shadowmap problem, but now I see. I rely on a specialmesh atmosphere that is giant. Castshadows is only in studio at the moment, so I cannot fix this lighting problem. I just hope FIB 2 comes out soon.

Compatibility has ruined the visual style of my game. It removed the glow and nice feel of neon parts in my game, replacing them with a bright smooth plastic. Everything is needlessly brighter, and the game just looks like legacy on one graphics now.

I find this change needless and forceful. Would really appreciate having the classic, original lighting system back. I understand it takes more time to maintain the old code, but I feel that its worth it to preserve the more classic theme of Roblox and keep the general aesthetic of the game. I dislike how Roblox continues replacing old features with “new and streamlined” modern features that lack key aspects of the old ones.

Ideally, Roblox doesn’t even want you to use Compatibility - it’s only meant to be used as a ‘quick fix’ until you finish converting over to Voxel/ShadowMap. This has been in the works for ages, and they even delayed it to try and work out the bugs, but as others like @zeuxcg have already said, this is as good as it gets under the new rendering pipeline.

If you’re trying to stick with Compatibility or Legacy, you’re doing it wrong. You should ideally be transitioning over to Voxel and ShadowMap right now. The reason Compatibility isn’t perfect is that it’s not meant to be, and it’s impossible for it to be.

edit: relevant post over on the other announcement thread that’s a bit longer

The purpose of Compatibility was never truly to preserve visual style. It was never intended to make content look the same or even look better. The true reason it exists at all is because forcing Voxel/ShadowMap could and would literally break games made with Legacy in mind. Compatibility fixes this in a number of ways, outlined in this post:

The reason why system migration takes a while in Roblox is because usually, when you switch from one system to another, you’re going to have behavior differences; no matter how good or bad they are, they can break games. The games become unplayable. This is a problem. This usually doesn’t happen for rendering features - one day outlines will disappear from Roblox (sorry) but it’s hard to imagine many games that would become unplayable as a result. Lighting is different. There’s three common iss…

As for your issue with the overall brightness of compatibility and neon not producing any glow, there are solutions available to you that will allow you to fix that. I’m not sure why you haven’t utilized them. Increasing the brightness of the color of the neon part or increasing bloom strength will solve your neon glow issues. ColorCorrection brightness/lighting brightness should solve your brightness issues. Again, this will not make your content look good or the same as before, but it should certainly help.

Legacy also needed to be removed due to the 5% negative performance impact of maintaining two lighting engines that are so very different from each other, as you acknowledged. However, you are in the minority when it comes to thinking that preserving the “classic theme” of Roblox is worth the performance penalty. More and more developers on the platform want it to be able to compete as a legitimate game engine and with the “classic theme” of Roblox this is simply not possible. Lighting is an extremely important aspect in games and without a lighting engine that lights the world realistically (or is at least up to snuff with lighting engines in other modern games and game engines), you will never be able to compete.

And now to address your final point which is that this new lighting engine lacks key features present in the previous one. I find this to be baseless as I cannot think of a single thing that is “missing” from the new engine that was present in the old one. If you can think of something, feel free to post about what it is specifically and a discussion can be had about it.

I have not up dated Studio yet (disconnecting from internet before opening it),
so I am doing comparisons. the one I compared so far is a build built in a large scale 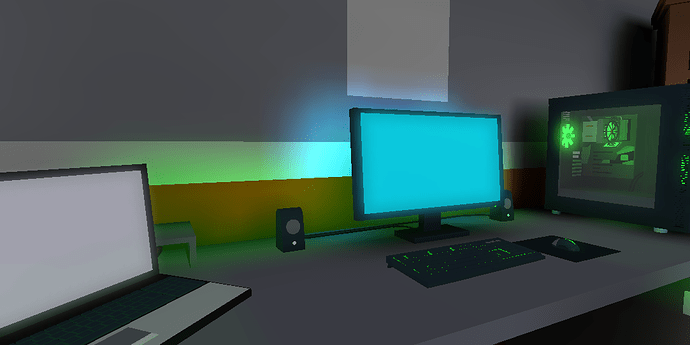 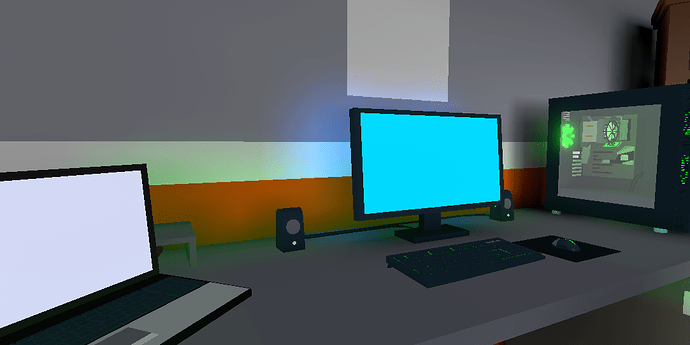 this is voxel, I get blotches with the lighting, reason why i stuck with legacy on this one. mostly seen with the blue, i did change the brightness of the blue as it was worse then it is, i can smooth it out if i put the range to max 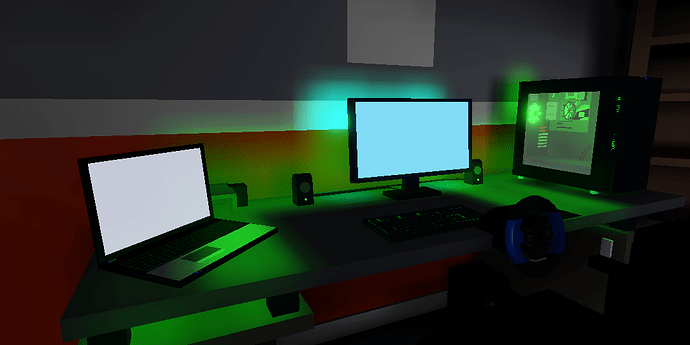 personally I like Legacy for most things, I am however doing new builds with voxel. some cases id prefer legacy such as night or dusk.

I’ll continue to play around, maybe i can fix issues in the compatibility mode

The purpose of Compatibility was never truly to preserve visual style. It was never intended to make content look the same or even look better. The true reason it exists at all is because forcing Voxel/ShadowMap could and would literally break games made with Legacy in mind.

This point has been made several times. Please read other posts and replies for a better understanding.

I was playing around and it seemed I had to use more steps to get the look I was going for, using color correction etc, after 20 mins I finally got close to the same look.

A bit inconvenient sometimes but it’s not a huge huge deal.

This update completely transformed my game for the better. Keep up with those updates Roblox!

Not really sure what you mean but…
Keep in mind it was built using lagacy mode and built in a large scale, a Roblox character is a bit smaller size of the raised shelf on the left of the desk. I didn’t change it much after changing over to voxel

So lighting is a bit off due to its scale, probably could be fixed though.