I was just about to release a new version to my module, but I wanted some community input on it.
(I’m working on getting rid of the Material icons, ignore those) 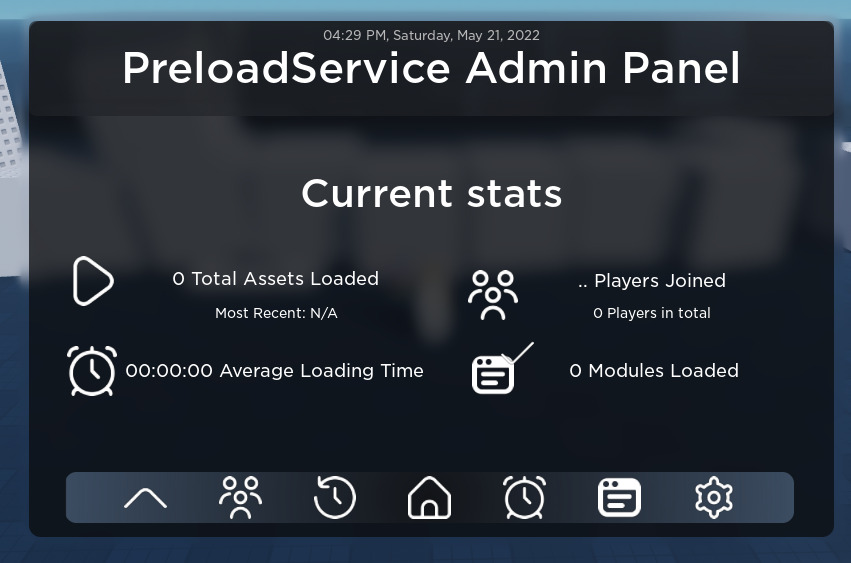 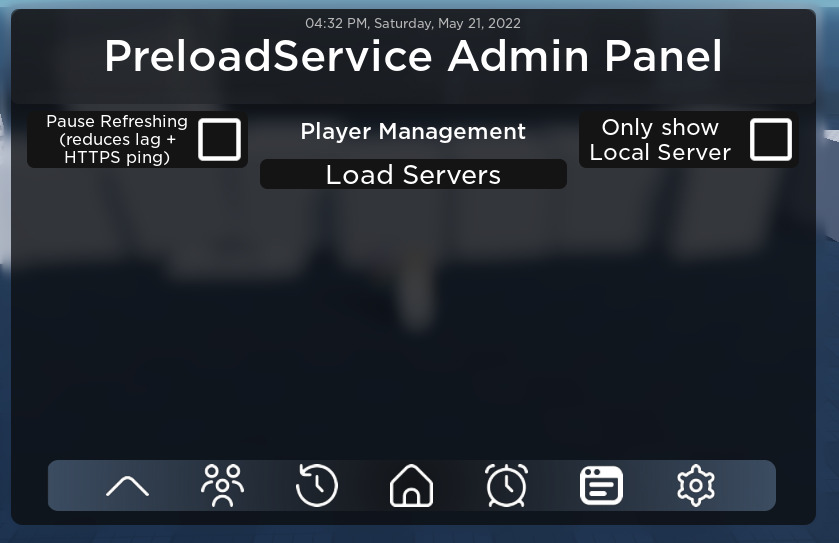 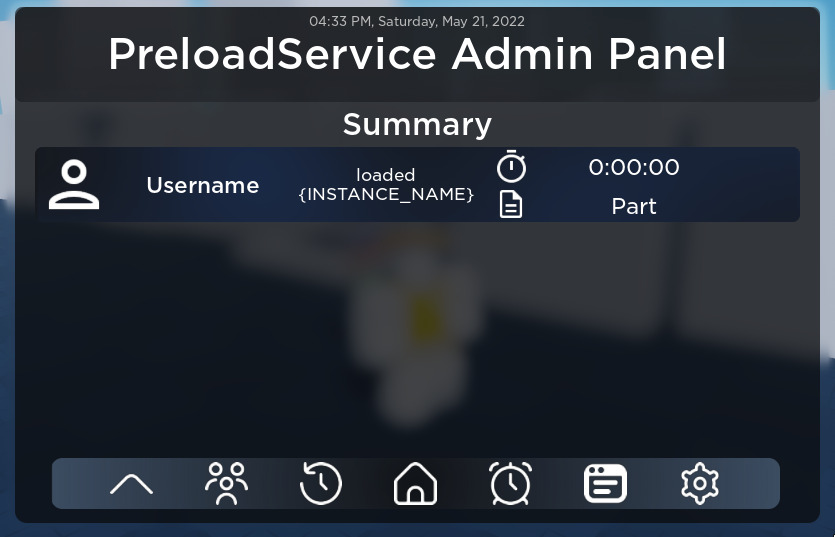 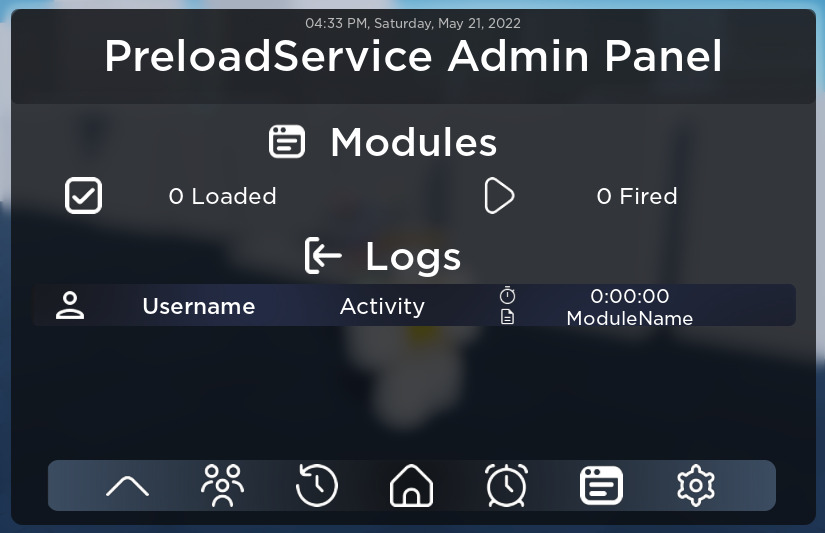 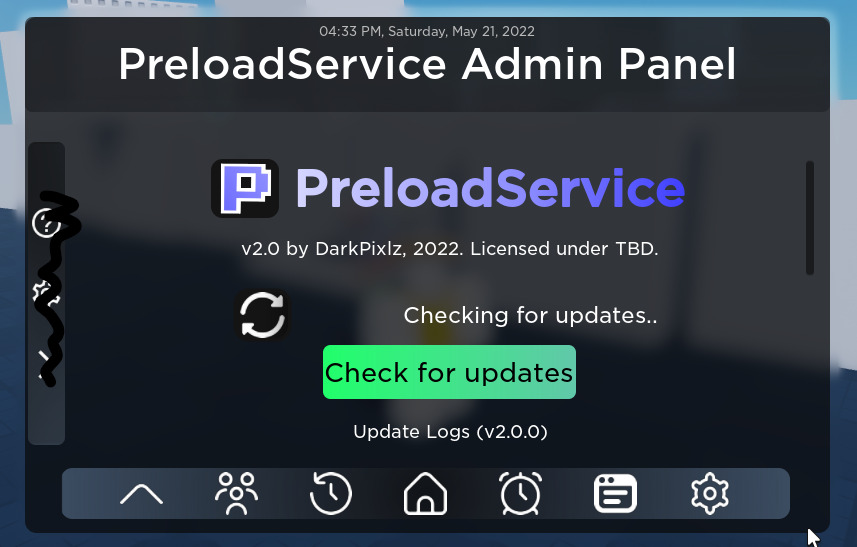 I like this. I like the theme and how it’s laid out. The icons look really good.

Overall, it feels kinda cluttered. I’m not sure how you’d fix that since I’m not a UI designer. 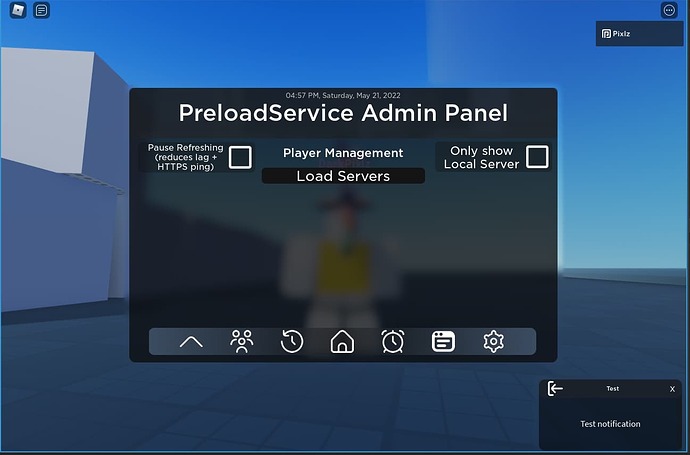 I think it’s a bit cluttered, and would only fit in a game baseplate centered. For example I don’t think it would fit in an FPS game or a simulator. Though it’s creative and it looks pretty good. Keep it up!

In what area do you think it’s cluttered? A bunch of people have said that now, so I should fix it.

On most pages there are just a ton of icons and text. It’s a bit hard for my eyes to navigate.

Is the navbar a problem in your opinion? I can make it hide if you feel like that’s cluttering the UI

Not really I just feel like this is a bit cluttered and hard to read.

It’s a little bit, what’s the word, like cluttered. The icons and text are a little too big and/or the background / frame isn’t big enough. There’s not enough open space on a lot of them.

Hi.
When it comes to designing an interactive UI, good graphic design is really really important.

But, I don’t think the design here is good… the design on this admin panel is shabby. Lack of hierarchy, inconsistency, poor balance, and like the other guys are saying, it’s cluttered.

First off, starting with the base, it’s compact which I think is neat. I like the idea of having a panel where you can do things off the bat. The title looks good, and the icons on the bottom are alright although too big. I have no idea what they do. Also, why is there a date on the top? Kinda useless.

Spacing is pretty bad and it doesn’t have a good balance. The “Current stats” title should be located on the header, and the “stats” should be punctuated. The icons… try using different ones; they shouldn’t look the same as the icons on the bottom, because those are buttons. Someone would probably mistake them for buttons. Why is there a skinny check mark on the module’s icon? It’s also hard to see.

The balance and spacing on this one are bad. The “Player Management” title should be on the header. Why aren’t the two checkboxes next to each other? Why are they on each side? And why are they so huge? The text size on both of them is inconsistent, too.

The title should be on the header. The balance on here is fine, but it can be improved. “loaded {INSTANCE_NAME}”? I’d remove the two icons on the right; a lot of people wouldn’t know it means ‘time played’ and whatever the second icon means.

There’s a lack of balance. I’d remove the icons because it’s pointless. Move the words closer to their icons. And, is that a checkbox or not?

Everything’s too cluttered. The brand icon looks unbalanced (compare it to the header position and you’ll see). Why is the loading icon so far from its text? And why does it have a gradient while all the other icons don’t? I’d make the big green button black instead, for consistency (unless it’s that important).

In conclusion. There are some very needed improvements.

Sorry if I sounded mean through it all. Anyways, that’s my take on this admin panel

Trying my best to reply to everything here;

I have no idea what they do. Also, why is there a date on the top? Kinda useless.

There should be a minimize button up there too, dont know why it doesn’t appear in PlaySolo. Mainly because I thought it looks too empty in the normal version, so I added that and it lo9oked better to me.

The “Current stats” title should be located on the header,

That would make the titlebar cluttered (i made it a bit smaller just now), and in the Spanish Version, it has something up there taking it’s spot.

and the “stats” should be punctuated

I tried that and it looked a bit weird. A Period would be way too formal and wouldn’t fit in, an exclamation mark would look too out of place, and I dont even need to go into a question mark.

The icons… try using different ones

That would look out of place and inconsistent though, wouldn’t it?

Why is there a skinny check mark on the module’s icon? It’s also hard to see.

I will remove it, if i even keep the icons

The “Player Management” title should be on the header.

Same reasoning for the homepage

Why aren’t the two checkboxes next to each other?

I was thinking of doing that

And why are they so huge?

I need to downsize them, you’re right

The text size on both of them is inconsistent, too.

A bit ago I started to use UITextSizeConstraints (i used to be super dumb), so I must have left these out

The title should be on the header.

I’d remove the two icons on the righ

This has a dedicated DevForum topic where I have a tutorial explaining what everything does, I think they should stay, because the labels would be a bit out of place otherwise

I removed the icons next to “Loaded” + “Fired”, and again, the textlabels would look weird without the other ones

Move the words closer to their icons

And, is that a checkbox or not?

It was a poor icon choice by me

There’s a lack of balance.

What do you mean by this?

I will add more spacing

Why is the loading icon so far from its text?

I will recenter the text

And why does it have a gradient while all the other icons don’t?

If you’re talking about the logo, because I want it to stick out. I dont think there’s one on the loading icon, and the Check for Update’s right side needs to have more green in my opinion.

And, thank you for your feedback!

I’m glad you took my feedback pretty well, I was just going off on it and I was starting to feel bad lol

If you’re talking about the logo, because I want it to stick out.

The logo is perfect actually, I think it’s fine the way it is. I was talking about the rotating icon

I’m glad you took my feedback pretty well, I was just going off on it and I was starting to feel bad lol

Dont worry, I have been around on the devforum too long to take feedback harshly with the way the Roblox community is

Heavily recommend the use of UIPadding to ensure certain elements such as text labels fit in their boxes without enlarging too hugely.

Same priniciple for icons, definitely use UIPadding so they don’t touch the edges of frames, it tends to make the icons pop out too much and can make it feel cluttered.

This probably isn’t the place, but I have no idea how to use UIPadding because they haven’t ever really worked lol

If you’re sizing elements by Scale, use Offset for the Padding behaviours. Allows you to scale in much smaller increments without making huge jumps.

Certainly go ahead on using it for text labels, highly recommended in some spots

I like the blur! The whole UI looks very professional. I honestly hate repeating, but the text inside it is a bit much. Lots of negative space on some ends and too much text (of which has only one text family in one piece, or 3 in another) in other places. The only main issue with me personally are the icon placements, for a few examples

It’s really good for a WIP. Would love to keep up with your progress.

The disappointing thing is it’s getting worse.