Feedback on my music for a Piggy fan game

Hello! I am a novice music composer and I am making music for my friend’s (@superhypercrazy1) Piggy fan game. I want feedback on the tracks I made so far and ways I can improve on my future music for this game. Thank you!
(I also plan on updating this post with more of the songs I make for this game in the future.)

(Please do not use these, thanks.)

Nice seeing other people use beepbox.co B)

Anyway, I think the first song The Main Menu Theme in specific is to repetitive for notes, until it gets to like 1:00 then, a drum comes in, but still the same notes playing. I don’t really like the first song because of repetitiveness.

Now, for the second song, once again you lack new instruments, and you also lack a new beat, Things in this song is also to repetitive.

Now for the third song, Im my opinion tbh that song gets annoying. 1. Its repetitive once again which you really need to stop doing that and get new notes. 2. 32 seconds in, theirs this super annoying instrument that goes on for the whole song. I really hate this and If I was near a monster or infected person in this game then I would honestly just only try to run because of how annoying the song is. Other than that, It would fit for a clown theme with a clown with a bloody mallet twitching its head.

Listen to my old song, Mix Up. I have a repetitive beat which makes the song boring and it doesn’t really have a feel to it that would make the person listening feel the beat.

Now listen to The Heck Lands, A Song I composed for a game me and my team are making cald Super Oofy 64. It has more instruments and it has a good beat that fits the theme

Another good example can be this song actually outside of ROBLOX, just listen to the beat and you can tell that it uses a variety of instruments, the beat changes every now and then, and it fits the boss battle theme actually. 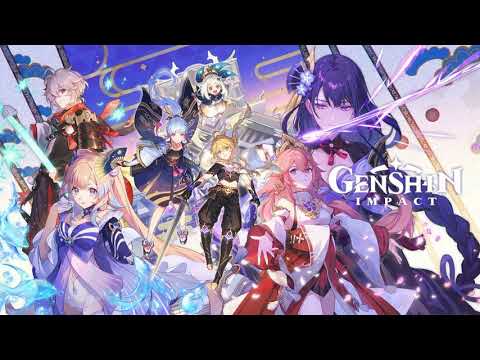 I think all of these songs that you have just listed lack more instruments and beat, Your songs are also very repetitive with the beat and 30 seconds later a new addition gets added to the beat.

Also a reminder, this is just constructive criticism. Anything related to music I will always have a hard claim on it considering Im a composer myself.

your songs are repetitive and boring, it kind of makes sense because these songs are supposed to repeat because well their themes and game songs, but, you need more instruments, different styles, notes, tones, speed, etc.

It’s been said already, but I’ll say it again. Your main theme is too repetitive, it repeats the same 5 notes over and over again. It needs more bass and drums.

Your infected themes are also too repetitive. You need a variety of instruments.

Yeah, I will try to make my songs less repetitive in the future. I feel like I always make build up songs that almost always repeat a lot. This is mostly because I guess I just don’t have much experience with anything else.

I have one quick question: Which is the instrument in the third song that you think is annoying? The drums or the bell?
Also, thanks for the other feedback, I will try to learn how to phase my songs better so the do not repeat a lot.

the drums, their reaaaaaaaallly annoying.

K. I am always super bad at making drums sound good in beepbox lol but thanks for the response.

Now looking at the actual song template thing, Its just the red and blue part were it goes like

mixed up with the song gives me a headache

Oh, well I guess that is just the melody itself. It is supposed to give off a scary feeling but sorry if it sounds a little hectic. It might sound better when it is actually inside the game but idk.

Phenomenal as always, Snowy! The main theme sounded really familiar, and the second song sounded like a lullaby more than an infection, though. Is that intentional? The best one for the theme is the last, it just sounded like an embodiment of anxiety.

Thanks! The first one is probably familiar because I posted earlier in another “feedback on my music” posts.
When I made the 2nd theme, I didn’t really know how to make an infected theme that well so that is what I came up with.
Though I agree with you that the last one is the best. Thanks for the feedback!