I was wondering what should I do to this game to make it more interesting. I also need more bug testing so if you find any reply. I attempted to release and none of the testers joined. Here is a brief summary of everything in this game:

Here is the link to the game: AirWorld

Details of the game: 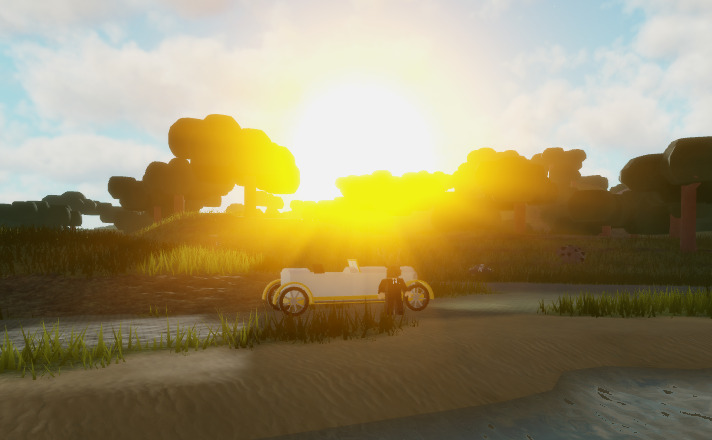 Add pirates n’ stuff. Imagine this, your flying your airship and suddenly you get broadsided and your crew is forced to surrender while vicious pirates board your ship, salvaging everything you had aboard

This game looks phenomenal by the look of things! I would love to see further development of this game! You just need to improve the UI a bit since I think it looks a bit basic, but really great work on the programming side of things!

Thank you! Would you want the UI to be more compact? Also have you tried the game?

I would like the UI to be more simplistic rather than filling up the screen! And yes, I have tried the game but did not get to experience it fully! I will do that when I have time!

I recently tested it and…

Woah, it was epic. Please advertise this tho its gonna be boring alone.
Make the grass a different color (too generic)

It’d be cool if it was napoleanic type stuff.
Right now it looks to bubbly & happy which doesnt fit the game

Yeah we are planning on advertising after we get mobile support and solve a few bugs so about a week. Currently the issue with that is budget but we will find a way. I’ll see what color would fit the grass better. Currently we were aiming for a 1920’s aesthetic. Maybe better weather will make it look less bubbly and happy.

From your description the game’s economy is based from players selling/buying from NPCs. Making a player-based economy would be much more attractive to players. You could make certain teams/roles which have team-only items that the player must use to obtain resources that only their team can get. You could then implement a trading system or create “shops” which the player could rent out and display their things for sale. Newer players would see older players’ successful shops and would want to play the game to become like them.

Cars shouldn’t be as fast as airships in my opinion but it’s your choice. Players should want to use the main transport of the game to get around easier. A car would be much cheaper than an airship in real life therefore players wouldn’t want to pay much more money for an airship that is the same/similar speed to their car.

Another suggestion would be to create a “value” system for coal. When more players mine coal it could increase in rarity and so players would use cars instead of airships when coal becomes rare and airships when rarity decreases. You could then decrease the rarity of coal after a randomized amount of time.

If you decided to implement a trading system then adding precious/rare resources would encourage players to play for a long time to obtain these resources to sell them to other players. These resources could be used to craft weapons that have higher damage.

Currently we do have a trading system but its not accessible in single player. There are no other major islands yet but that will soon turn. There will be things rarer on some islands than others and sell for more or less. We are planning on adding crafting as well. This will add rare items. Cars are as fast as airships because airships are meant to be movable bases. Also airships are the only things that can go to other islands. We are also planning to add shops in the future. The islands are flying so you must use airships to do inter-island travel. Most people will use cars to go around the island as its more efficient and airships for other islands as its the only way.

The UI is not placed well since it is overlapping quite a lot. The tutorial’s UI keeps randomly popping up and resetting does not remove it.

So thats what is wrong with tutorials

Something exciting about an open world game is the amount of space you have to create points of interest not only for the player to enjoy, but to orient themselves. After running around for a few minutes, I struggled to see how I would find my way back to the spawn area without the use of a minimap. Always having one visible and unique landmark within your 360° of sight can add a lot to the map’s immersion and flow. You said you’re aiming for a 1920’s aesthetic (tfw you can’t say 20’s anymore lol): how about some water towers, utility lines, grain towers, oil pumps etc.?

I could be wrong, but I get the impression that the level designer(s) are working from the so-called center of the map outwards. Here’s an (or maybe the only) article on a process known as radial level design that you may find helpful. Best of luck!

Interesting read. I like how that person cut down that city into what really mattered. I agree that there should be more landmarks. With the new island we are currently working on there are plenty of landmarks as of right now. I like the idea of water/grain towers. Yes we are try to design the game around a core and some wilderness. On the current island we struggled to try to blend city into forest.

So far I think we have enough landmarks in the wilderness but I think CogCity (The only city right now) should have a landmark as well.

Thanks for your insight!