By the way, I don’t know why I can’t post in the Bug Report

First off you can just do animation.Stopped to detect when an animation ends, but if you really need the end marker to work, please send the code where you connect that event to a function or where ever you are detecting the end event. 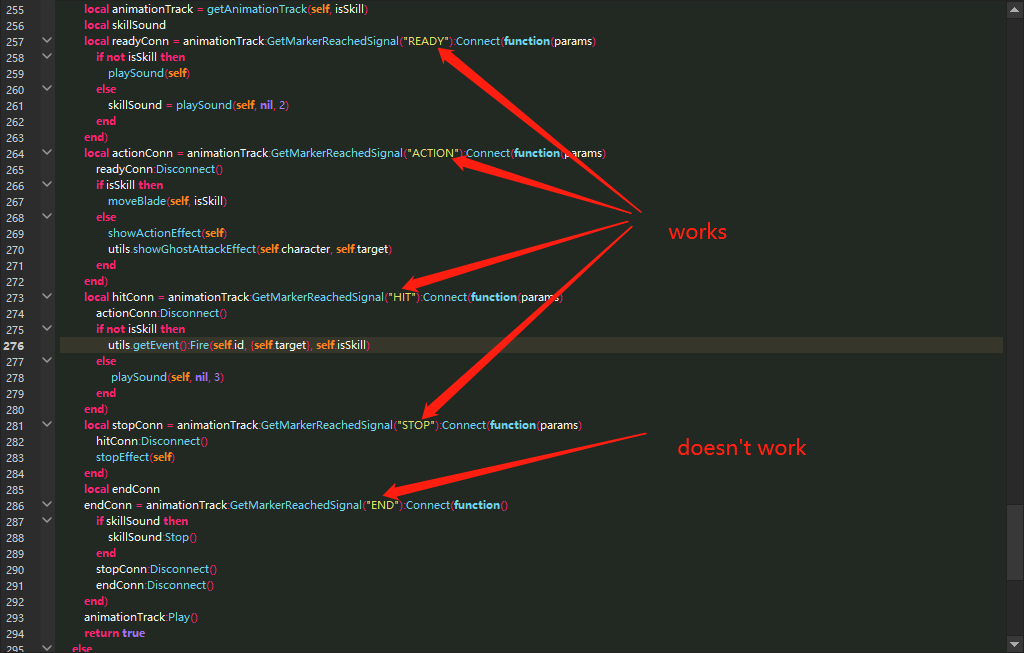 Have you tried adding debugging? (Try adding a print)

Of course I tried it and it won’t be triggered.

Very alarming. Are you sure that when you placed the marker “END” that you published and updated the animation. So that the marker would be there?

Yes, this is the script in my game, and it has been working well before
After the v484 update, both studio and player have this bug

both studio and player have this bug

I assume u meant players in-game

So I ask once more are you sure the animation your scripting right now has the updated animation one in your animation editor. which has “END” Are you completely sure its the one your playing(within your script). I believe you haven’t exported the animation that has the “END” marker.

Please note that this animation has been working in my game for several months. This problem only appeared after the V484 update. Before that, everything was fine.