Hello Everyone, just a quick question!

Im trying to put more decorations to my game map, and i need help to animate them.
So, i found this video and i decided to add something like that to the game map.
The problem is that i don’t know how to animate them (specially the pistons and cog things, shown below)

Here is the effect that i want to archieve (the things shown in this fragment are some machines): 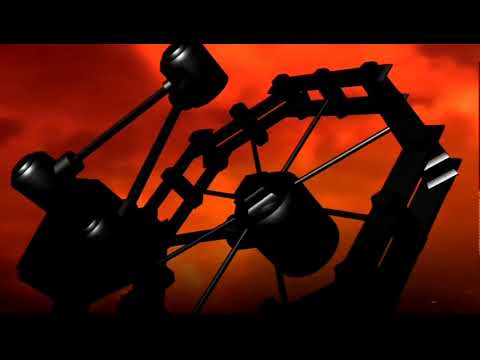 I have seen some tutorials of how to animate (non-humanoid) objects, but i have some doubts about them

Have you tried looking for tutorial videos?

I haven’t found any tutorial video about this…

Had this tab sleeping in my browser for a while because the video is cool—
This can be done with model tweens. But you have to take care to tween just the right things, and avoid using Tweens for things that will make you pull your hair out doing complicated vector and cframe math.

Model tweening involves making the model unanchored, but rigidly connected (Welds, WeldConstraint) to an anchored part, which, when tweened, will move the rest of the model. The anchored part’s position is usually chosen carefully to make the tween as simple as possible. In the door example provided in the thread I linked, the door is connected to an invisible part dedicated to being tweened that’s placed where the door hinge would be. This hinge part only moves by rotating around its length, making it significantly easier to tween it. Otherwise, you would get and have to fix funny oddities like this.

Let’s go through a few of the machines in the video.

Connect the parts with Attachments and Hinge Constraints. The physics solver will do the hard work for you.

@Eestlane771 Excuse me, how exactly you do that?
Specially with the oil thing and the wheels?

This is my setup: 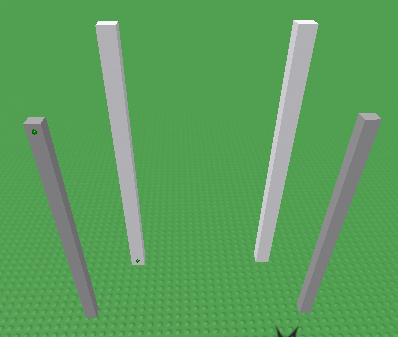 The grey brick at the left is anchored, the two white ones are unanchored, and the grey brick to the right moves like a pendulum (instead of a wheel, sorry)

On the ribbon at the top in Studio, go to the Model tab. Somewhere at the right or center, there should be a Constraints section. One of the icons has a dropdown arrow on it; click the arrow and choose the Hinge constraint. Click once on each of the two points on the models you want to line up. 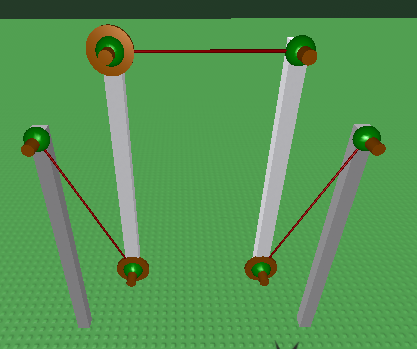 (Constraints and attachments enlarged for this screenshot)

After the game is run, the hinges will snap together such that they are in the same orientation and position, but can rotate freely about one axis. 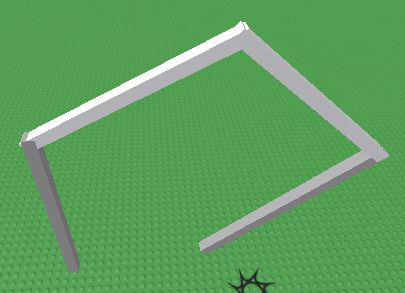 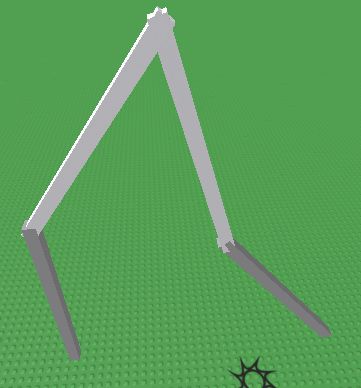