How to Organize and make scripting easier?

Is there a way that I could easily script without having to scroll all the way down just to change one thing.

I want to somehow make my script shorter and easier to update but I don’t know how I would do it.

Here are some images related to what I’m trying to say: 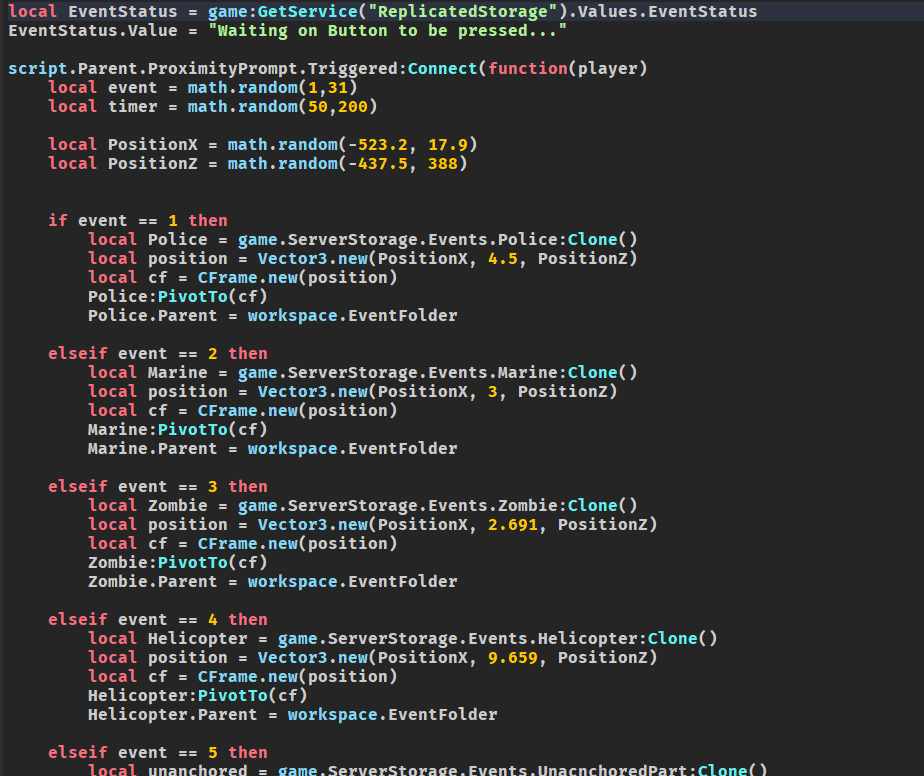 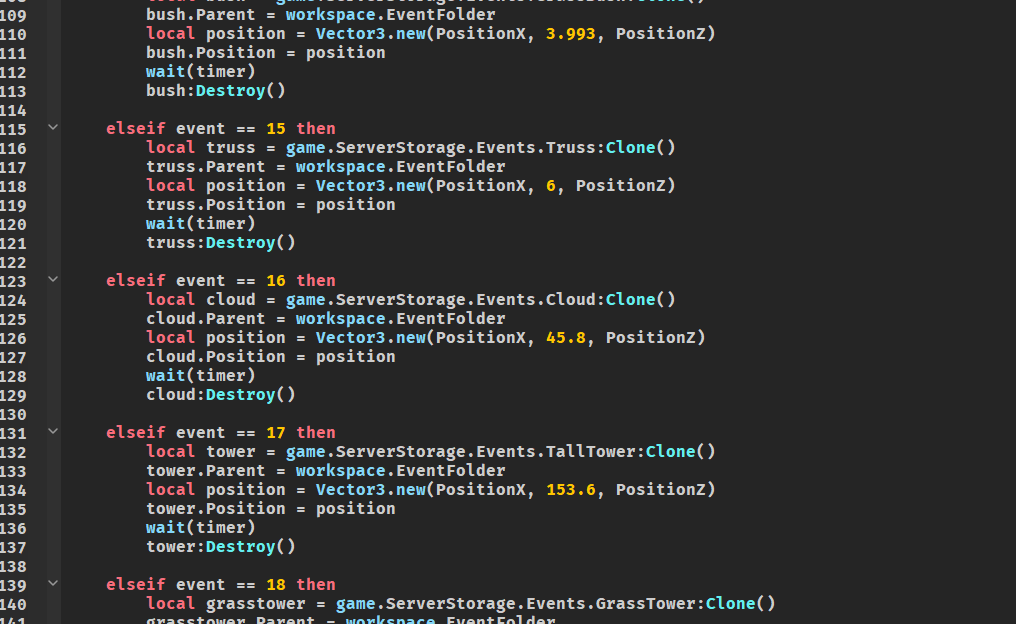 The script is very long and it makes it harder to add an event everytime I add new ones, I want to somehow organize these events into classes and somehow spawn them there.

I want to organize the script so its easier to update, I don’t know how I would do it though…

You can tabularize that long conditional chain.