As a ROBLOX Developer, it’s currently too hard to create a game using smooth terrain. Terrain tools are not effective enough, and cause developers to waste precious time figuring out ways to make their terrain look how they want, while also working on the game. Here’s how I’d say we fix this:

I haven’t thought about how Part-Terrain integration could be improved, but sometimes the game quality is determined based on what’s on the terrain, not the terrain itself. The terrain doesn’t allow for easy integration of parts, so it’s very hard for us devs to make cool things with it. This is also a large reason why I wanted my

I really hope to see all these ideas implemented into the terrain at some point. Thanks!

I’m just going to go ahead and bump this as it’s something I support & feel should be implemented.

I think a way to improve upon this, is to allow Smooth Terrain to have sharp edges, especially with the current Rock material, which just looks horrible when you try to make mountains or cliff-faces. There should also be a “modeling” aspect to the terrain editor. Instead of being limited to sculpting, there should be any option to take the vertices of a terrain cell - sort of like the resize tool, but more or less like the Edit mode in Blender, where you can move one vertex at a time.

The smooth terrain tools are one of the most used and important parts of Roblox studio, allowing any user or developer to create smooth and realistic landscapes with a few clicks. However, for many developers who custom make their games, there is much more dexterity and hands-on work with the process. Currently, there are 8 tools in the smooth terrain creation; Generate, add, subtract, paint, grow, erode, smooth and regions. Apart from generating the majority of these are used to help create custom landscapes by developers, however, although they are very useful I (and others) feel as though there could be some new features and tools as well as some additions to old ones.

I feel that the grow tool is useful up to a point, it can only grow spheres or cubes, and can only do so in a fairly linear way. My ideas for a raise/lower tool would be that using a cylindrical or square shape you can physically raise the terrain to make it look something like this: 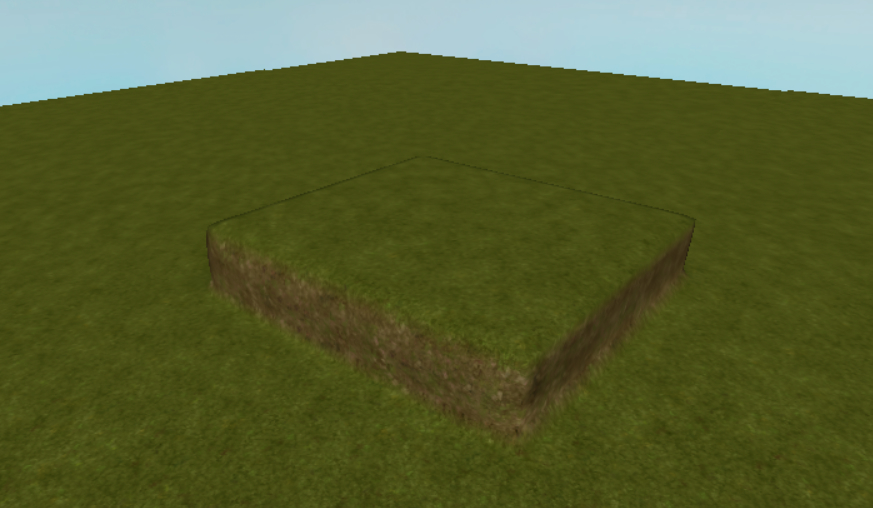 The intensity and height would be in the settings so it can be to a desired radius/size and height. This tool would make the creation of large areas of terrain more feasible rather than having to grow individual strands of terrain.

Placing water as many knows can be very difficult, often the creation of it through a region or plugin results in the terrain below being removed meaning that the developer has to re-create the riverbed or ocean floor. The ocean tool can combat this by making a constant height of terrain water without affecting the land it touches, it’d look something like this: 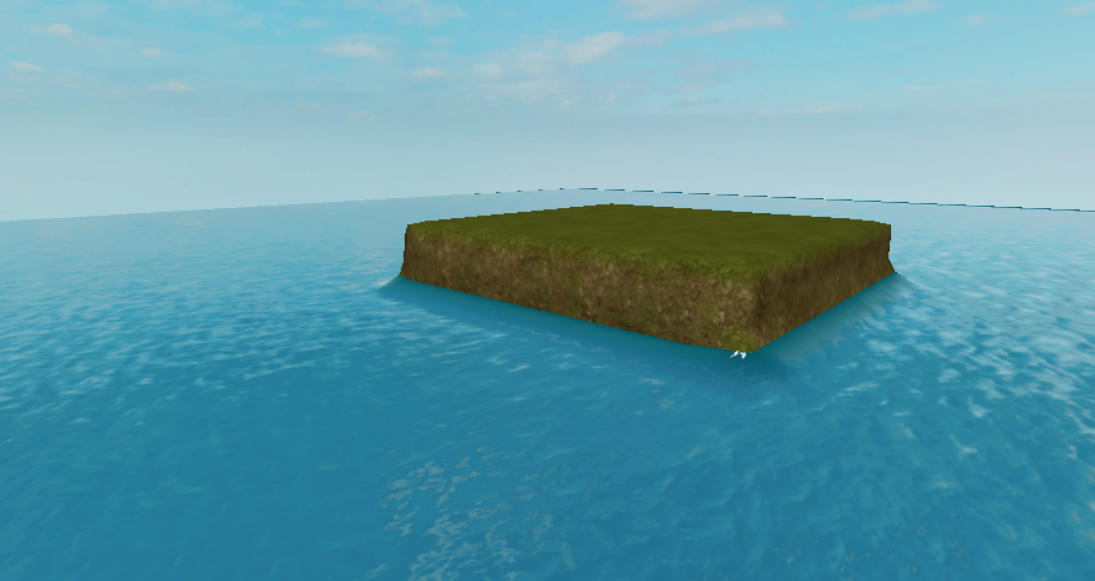 making water more consistent and easy to use. I imagine the lake tool to be able to act as a fill tool essentially, filling in landscapes that are closed with a constant, height of water, it’s different to the ocean tool as it’s contained, and multiple lakes can occur at different heights, making filling lakes much easier and more accessible.

Rather than being a unique idea, this is a proposition for an edit on an old tool. The tool itself is used very often, however one of the big critiques of the tool is its range, limiting the size of a region that is created. Of course, there are plugins for this but it’d be nice if it could be included as a default in studio. Another aspect that I’d like to address is the rotation of regions, say if you were attempting to make a ski resort and mountain it’d be very difficult to grow a mountain step by step, however, the ability to rotate regions could make this process much easier and efficient.

In conclusion, I feel that the terrain tool is already amazing useful in the studio and platform, however, I feel that there are some more tools (such as these) that can be created to enhance the efficiency of the terrain creation, making large custom terrain much more accessible to more developers, allowing for a more enjoyable experience in making terrain.