Inverse Kinematics Control Instance for animation is now in Beta!

Do you do that when you run the game?

yea, ive tried it both in edit and play mode. neither seem to be working for me.

This is maybe the problem, there is not only an edit and play mode. There is also a mode called “run”. It features a full run of every server/legacy script on the playthrough. Please also consider that it uses Humanoid Rig to function so check for anchored parts.

This is REVOLUTIONARY for Roblox! I was just thinking about this feature on other game engines recently but I never thought it would come to Roblox, I can’t wait to see this used in experiences!

Really awesome but pretty much useless without pole targeting, can we expect to see that be enabled soon? 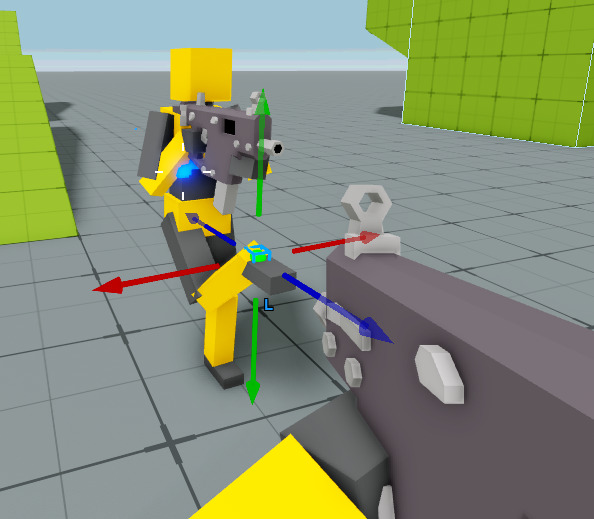 yea ive checked the parts and they are all unanchored ive also tested in Run mode as well.

Yes, pole will be enabled shortly, probably already next week.

THAAAANK YOU been trying to implement my own method, glad to see it being implemented officially, this is a huge step for the engine! congrats to everyone involved in this!

Awesome, super excited to use this feature!

well hope someone much more acknowledged could help you. Honestly, I still need to learn much of things about this feature so hope you will get an answer soon

the script from the documentation page to a Dummy . I created a part called target and put it in the workspace as well but nothing happens. I do have the beta Enabled, the IKControl Instance does get added to

yea, I did follow all of the steps you listed above.

Using just a regular r15 block rig, with the script and beta feature, it seems to just not work.
(stop liking/responding to the post, my mistake. this will help you if you liked this Inverse Kinematics | Roblox Creator Documentation)

I had a go with this about a week ago using some “funny methods” to enable it early. This feature is awesome and offloads so much math for the developers to figure out! (Video from release 455 with IKControl enabled through modified feature flags)

The code for this is live on GitHub: GitHub - Innovation-Inc-Roblox/Railgun at ikcontrol

Once I update studio for release 456, I will need to see if some of the issues I had on release 455 still exist. In my testing, changing the C0 and C1 properties of the character’s motors had some undesirable and unexpected effects. Either I will edit with this crossed out if it is fixed in release 456 or I will create a new post with the problem I have and a repro file.

I remember testing some type of feature like this maybe a year or two ago, and what I felt would help (and I mentioned back then) would be the ability to ‘anchor’ a joint, such as, if you don’t want the upper arm to move, when you drag the wrist, you could anchor the shoulder joint, then drag the wrist.
Did that ever get considered?

Also, with all the new animation things being released, is there ever going to be a way to scale an animation’s shifts while playing, such as animation:Play( scale) so that animations created with translations can be scaled for scaled rigs?

Thanks, and I am so excited to see these new tools for us!

there is currently a service distruption: https://status.roblox.com. service disruptions → flags get reverted to isolate the issue.

Either this is a bug or just me horribly screwing it up but I can’t find any solution that won’t just set the arm position to (0, 0, 0)

Though it works fine on R15.

Follow-up:
I was experimenting what happens if I change the C0 of the motor for the arm. The following video shows a red part that should be the center the motor, a green part as the target, and my character with IKControl set for the right arm. The shoulder joint should be at the red part, but isn’t. The results are unexpected.

For further testing, I also created a very simple arm. On start, the arm does not start from the correct spot and flipping through the types led to unexpected and inconsistent behavior of where the arm starts.