Hello, I’ve made a simple katana that when you slashes, the player and the katana does an animation, THIS IS THE SCRIPT:

THIS IS THE RESULTS: 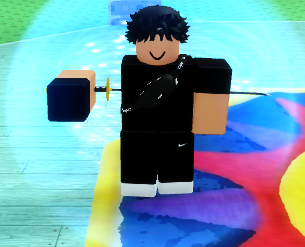 AND, for some reason, the slashes go to the left hand instead of the right, which in the animator editor, the dummy and the katana got perfectly animated.

I’ve tried a final solution which is to make a fake handle, by attaching to the handle with Motor6D, maybe it would work? And… not at all, still the same results.

I really do not understand what’s happening there.

I don’t get why you added a motor6d?? The katana should automatically get on your hand once it’s named Handle

I’ve made a fault since the beginning when I animated, the handle was named “handle”, which you should NOT name.
I had to redo the animation with another name than “Handle” and it works perfectly