Issues with Motor6D not animating tool

I have been trying to animate a torch while following this tutorial:

Here are the scripts I’m using in case it matters

I have reuploaded the animation to roblox and that was not the issue, I have remade it in a new place incase I had conflicting scripts or something, it was not the case. 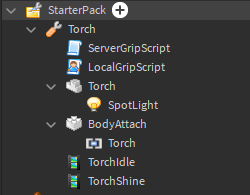 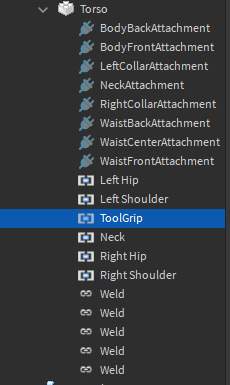 Welds and Motor6Ds need a Part0 and Part1.
They also need a C0 and C1 for offset.
If you don’t have the last 2 then the two Parts will be welded at their centers.

I’ve also seen warnings about loading the animation just when it’s being played. You should probably load the animation at the beginning of the script, not inside the Equipped function