Does this module convert offset values to scale, should i use scale or offset for my elements? I am currently making custom chat and im really stuck i mean literally scrolling frame is just a joke for me and its practically impossible to make responsive design with it

I’ve gone out to test it myself and I noticed that a previous fix ended up causing the problems described in your gif. I just released a new version which should fix your issue here. Also don’t forget to use a UIAspectRatioConstraint on top of everything.

The ScrollingFrame should be set to a CanvasSize of (0, 0, 0, 0). With that you should be setting all the children to scale from inside studio, there should be no offset.

Appreciate the fix, it works great! This is exactly the behavior I’ve been looking for. I would appreciate one favor though. If you could tell me how I can remove that horizontal scrolling bar, then this would be perfect.

Also don’t forget to use a UIAspectRatioConstraint on top of everything.

Can’t say I’m sure how this would help. I am a bit of a UI amateur.

When LayoutUtil is run on a UIListLayout with no sibling frames to apply its listing characteristics to, adding frames will work fine up until the scrollbar has to be created to view them all.

Here’s a gif of the module breaking because the module was run when the UIListLayout had no sibling frames. You can see the game freeze and become unresponsive as I copy the last frame that would’ve created the scrollbar. The frame never appears in the gif because stack overflow occurred before it could be rendered.
https://gyazo.com/128054e9ecd5ddb3aef0931cc4d1dd64

If you need more information or want a copy of the .rbxl to reproduce the bug, I can provide it.

Appears I was using an old version of the module, disregard the above.

Yep, it should all be good on the latest release. Also regarding the UIAspectRatioConstraints, I recommend using this plugin which has a button to automatically create the constraint and set the ratio. Not only that, but it has options to convert the UI to scale or offset (should be scale). I would definitely do some research on the constraints if you aren’t familiar because it’s very important when it comes to UI designing.

Just started using this library in my game and I’m loving how easy it is to setup. The only issue is I’m getting mixed results when it comes to dealing with the ScrollingFrames. In all of my ScrollingFrames I have a UIGridLayout and a UIAspectRatioConstraint parented to it. In my inventory menu, it works correctly, but in my other ScrollingFrames it extends the scrolling out to the right instead of vertical. I can’t imagine why, because scrolling for those frames has always been vertical. Is there something I’m forgetting?

Is this necessary anymore now that we have AutomaticSize?

Now let’s say you have a UIGridLayout and the CellSize is in offset. As shown in the first gif without LayoutUtil, you could see how it only shows 1 column of UI elements once the resolution was lowered. Let’s say you have the CellSize in scale, every time the canvas resizes it will stretch out the children. Which is all undesired behavior that is solved with my library.

LayoutUtil also has the added benefit of calculating the CellPadding/Padding and resizing the children of a UIListLayout/UIGridLayout.

Hmm, in the latest update I fixed a small bug which extended the ScrollingFrame horizontally even though it was vertical. Are you sure the ScrollingDirection of the ScrollingFrame isn’t mistakenly set to only the X axis? If this issue still persists, hmu in my dms and we can get it sorted.

Whenever I try to use it, the Scrolling Frame just glitches rapidly. And the canvassize is like -294382923-

Are you sure you avoided the bad mistakes provided in the documentation.

I cannot make a custom chat with this, I need to scale the text label thing depending on the size of text but weird things happen can someone help me? I mean the calculate text size thing outputs the size as offset which is not responsive and you said we need to use scale for the elements(i mean if its scale it automatically sizes everything anyway so whats the point of this module)

Would’ve saved me a lot of time organizing UIGridLayout’s and such, thanks for the amazing release!

I’m not exactly sure what you’re asking me. But as described in the gifs provided, you could see the effect of using my module and not using it. Now in the comparison gif I showed a game that used offset for the CellSize. Rather if they used Scale it would end up stretching each element and making it look ten times worse. Fortunately my library solves both of those problems, but when you first create the ScrollingFrame and UIGridLayout it’s required to be done in scale. Also unless if it’s happening on immediate start of opening the game, you should be storing this in a place other then ReplicatedFirst (preferably somewhere only accessible by the client).

I am aware that you can’t change the size of an element inside of a ScrollingFrame while LayoutUtil is active, this is a feature that I’m hoping to include in the next update.

I found a bug. If there is a UIPadding within the scrolling frame and there are a lot of children, it creates huge space at the top

A lot of children: 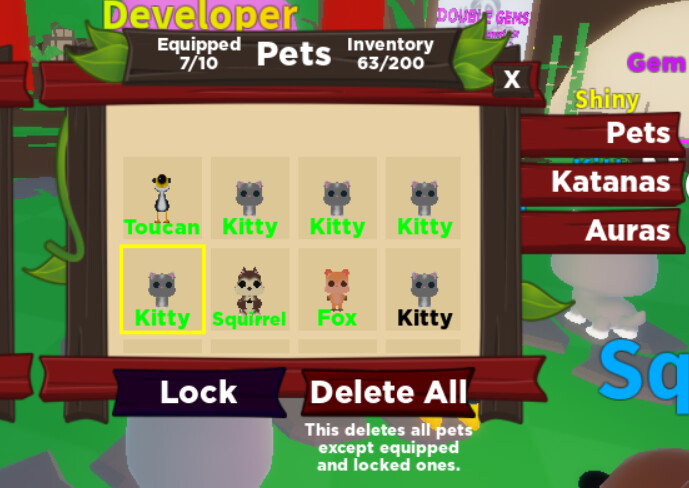 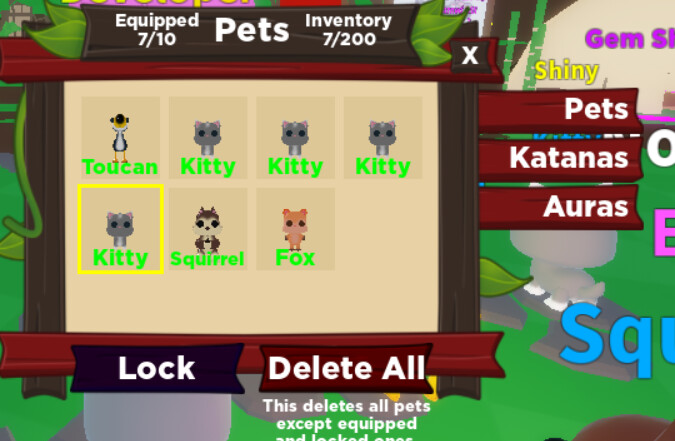 EDIT: It also makes it so you can’t see the bottom row properly 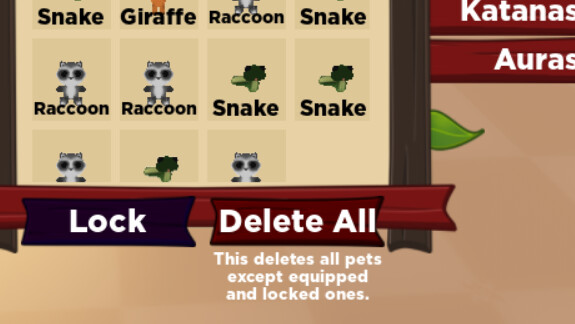 After testing it myself, UIPadding inside a ScrollingFrame has weird behavior. It seems to me like you meant to parent the UIPadding to the parent of the ScrollingFrame.

The largest update yet following a complete rewrite of the codebase and documentation. Not only that, but there is now complete typescript support for use with roblox-ts. Recently, I was looking back at the code lately, wondering what is this for? Why did I add this? I included a ton of redundant features that were totally confusing or completely useless. This is a big reason for a complete remake.

For the contents of this update, I’ve fully integrated Luau type checking. Although this feature is still in beta (you might notice a lot of orange highlighted source code), if used properly it should make LayoutUtil a breeze. When linking a new UILayout, to ensure proper type checking, follow the short guide below.

That’s it? Nahhhh, I’ve implemented a variety of methods including:

And a couple of read-only properties:

And a couple of interchangeable properties:

Unfortunately, you will have to alter your code to work with the latest API if you have previously used the “advanced” functionality. For the better, this was done. If you have imported LayoutUtil directly from the Roblox catalog, there is no need to worry, for this version I have created a new asset (which I suggest to integrate).

Before version 1.0.0 you had to use methods like :SetDefault(), which was actually the only method that only allowed you to change the default padding (and CellSize for UIGridLayouts). In the latest version you are able to directly change the properties of a UIGridLayout/UIListLayout including Padding, CellSize, CellPadding, and the size of any child within a UIListLayout. LayoutUtil automatically adapts to those changes and retains the aspect ratio around that size.

There were a few bugs located and squashed, unfortunately, I forgot to record all of them. There was a strange behavior that prevented it from working while adjusting the FillDirection during runtime.

I intended on adding a feature to automatically ignore the CanvasSize on startup, but after careful consideration, there would be too many minor exceptions. For example, let’s say you have a template that you clone into the ScrollingFrame and it’s supposed to be relative to the size of the canvas from startup, the slot would end up compressing. I understand that having to resize the canvas after you had everything perfectly sized is frustrating, but that’s where my new plugin comes to play.

The plugin to end the clash between scale and offset. It contains a total of five buttons:

A few key features include:

Hopefully, this plugin should make working with UI in general seamless.

If there are any questions, feature requests, or bugs, please be sure to let me know. The best way to get in contact is via Discord, but I actively read DevForum DMs.

Thanks for this fantastic contribution, will be very useful!