Since Thursday I’ve been getting terrible lag when joining certain games. I’ve also had reports from players that my game is terribly laggy. I’ve narrowed it down to something relating to shadows. If I switch from ShadowMap to Voxel or Compatibility then the lag is better, but it is still really bad for some players.

The lag happens whenever I join games (some games, not all) and it seems to go away after a few minutes, but it’s unplayable until that point.

This is video of it happening, as you can see I’m moving the mouse to look around but it’s terribly slow, and then it still continues moving after I stop moving the mouse.

I’m running Windows 10, with a GTX 1080 and aCore i5 9600K so there shouldn’t be any issues. Also, I can run this on my phone (iPhone X) on max graphics with no issues, but running it on my PC at anywhere above Graphics 2 starts to lag. The place has less than 5k parts. 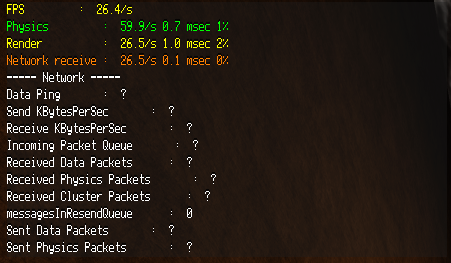 I was experiencing this the other day in Eclipsis. It’s not FPS lag meaning it’s not bogging down the CPU or anything. Somethings causing input lag though which could be related to the input thread being slowed down or possibly script threads? I have no idea to be honest.

@DutchDeveloper’s game (https://www.roblox.com/games/3168928542/-) has been experiencing major lag spikes randomly and this wasn’t an issue before the recent lighting updates, so as far as I’ve seen this is an ongoing issue. 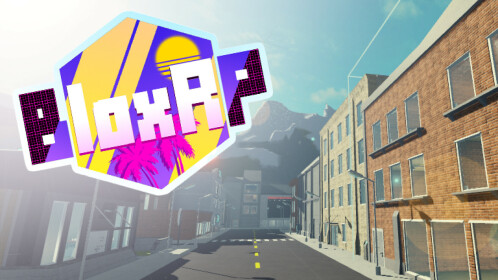 Check out BloxRP (Voice Enabled). It’s one of the millions of unique, user-generated 3D experiences created on Roblox. 💸 Welcome to BloxRP! 💰 This is a BETA game which means: Bugs will appear, Content is subject to change, Stats may be wiped at any...

lag happening here, can someone conform if its due to ShadowMap?
sorry if unrelated to topic.

They turned on v2.5 on Wednesday/Thursday, this seems to be the issue: Future Is Bright: Phase 2.5 Released

My laptop can no longer play Roblox since this update with an i7 and 950M.

I’ve already had this problem before 2.5 even released, and its hard to play anything.

Same with me. Terrain + ShadowMap totally lags the pc. Worser with visual effects… The unic choice is lowering graphics or less detail. It can also be the computer. But for what it looks it must be internal lag. Its kinda annoying as it made me cancell games for that. Gives bad experiences…

haven’t experienced lag with shadowmap itself but the fib 2.5 features did cause insane amounts of lag in the game. so I have turned that off until Roblox improves the performance of it

This has only been occurring for me after the 2.5 update for fib (which is apparently part of ShadowMap).

My PC doesn’t lag, my input controls are just delayed by like 1-8 seconds.

Was a typo… I meant to say specifically for me however it looks like that wasn’t the issue if you were experiencing it before fib 2.5.

Actually it was, any game that had shadow map before 2.5 would just lag my input controls, and 2.5 is still having it do that.

I mean that it was not happening before fib 2.5 specifically for me, however if you were experiencing it before fib 2.5 than it looks like the issue isn’t fib 2.5.

This is still happening for me.
My rating was holding steady before this but has been steadily going down since this started happening.

It doesn’t happen as every time anymore, but it still happens and the lag is still really bad.

This isn’t script lag or part lag. This lag happens with around 3k parts, but then miraculously disappears when the graphics level is set to around 4 or less. I’m running on Windows 10, Core i5 9600k, Gtx 1080.
Here is another video:

As you can see, whenever I lift my mouse the camera is still moving even when it should stop.

My rating was holding steady about 85% before this started, and now it’s on 50% and still plummeting.

Have you attempted to clean up what parts are casting shadows? Sometimes parts can become densely packed and cause frame drops

Forgive me if I’m wrong, but it doesn’t appear to be an issue with the frames? From the gif it appears to run smoothly however there is some pretty intense input lag.

Will admit, noticed this a month back or so but just thought it was my computer being slow, as said by @MrSprinkleToes , yes, it is infact some odd and annoying input lag that happens near the beginning but gets better later on. It also seems to differentiate in some games though most often it quite a bit to me anyways.

Turning shadows off on a few meshes has improved the performance, but it’s still lagging badly for some players. This has killed by game ratings, and even switching to to Voxel or Compatibility didn’t fully fix it.
The best fix so far has been to turn off shadows on of the meshes, but it’s still not a total fix.

I’ve joined servers that have been running for a while and the max memory usage I’ve seen is 421 mb so it’s not a memory issue.

Please can someone take a look at this.