Logic Pro X & Roblox Music Making Benefits: Is The $200 Program Worth It?

Introduction
As we all know, music can be considered a universal language. Music can convey all kinds of emotions based on the types of sounds and rhythm of notes that we play. And of course, if you use instruments that sound like they just got beaten up by Davy Bazooka 10,000 times, you’re not gonna get good feedback or interest. That’s why there are programs to produce studio-quality sounds that you can freely mess around with to create great music. An example of one of these programs is Logic Pro X. Logic Pro X is a $200 program for musicians from all kinds of backgrounds. From making music for your friends to hear, to being a professional full-time musician. Now for many people, $200 is a little much, and they don’t know whether or not this program is worth getting to make their Roblox music. Although I have no published music for Roblox, I own Logic Pro X because of my father’s job at Universal Music Group, and I can and will give you an honest review of the features it has, and YOU can decide whether it’s worth the money, or not.

Overview of the Program: Does It Look Complicated?
When you open the program for the first time, you will see a screen that looks something like you see below: 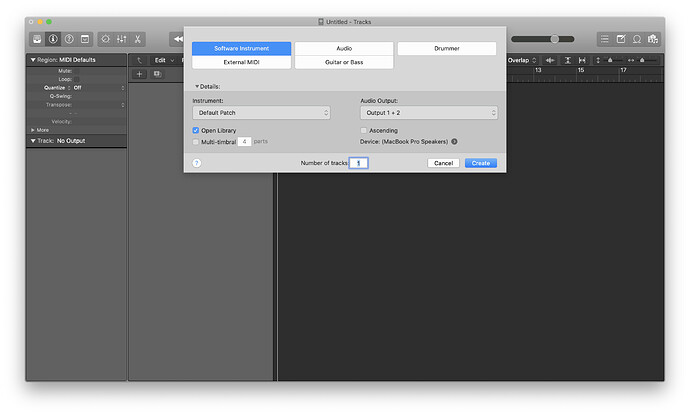 Screen Shot 2020-11-11 at 10.21.39 PM3104×1866 268 KB
To some, this may seem very weird, but trust me it’s actually very simple. 90% of the time, you will be using the “Software Instrument” feature. This is where you can get all your rich sounds I was talking about earlier, and you can freely create music.
After creating the Software Instrument, you should have a screen that looks like this: 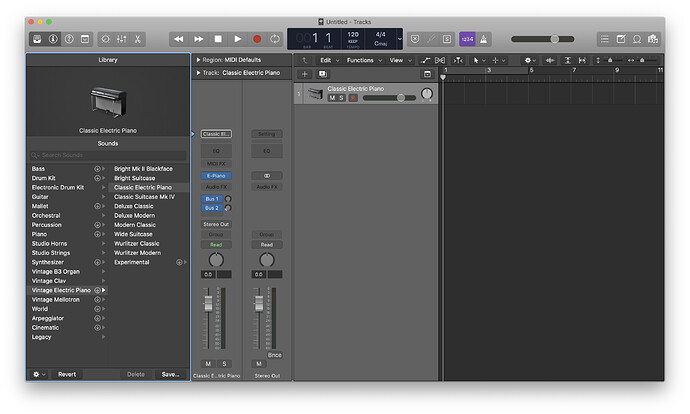 Here is a song I created for someone’s game on my first day of using the program. Of course, I can do a lot better now but it still is pretty good for one day:

And yes, if you have the right cables, you can connect you own personal keyboard (as in the piano-type keyboard) to Logic to be able to play like an actual pianist

Logic Pro X Can Be Used By People Who Aren’t Musicians
The song you just listened to (if you listened to it) was played using the keys on my computer. (I know, talented right?) However, for someone who isn’t into music or is just beginning in music, and don’t know how to play notes or have good rhythm. Logic Pro X has a feature which is called “Apple Loops” and it’s very simple, no matter what level of skill you may have in this kind of stuff.

Apple Loops are loops of an uncopyrighted rhythm of a singular instrument that is already pre-played for you. All you simply have to do is drag the loop into a column and boom you have a good instrument. To make the loop longer, stretch out the end so it can loop itself. Like shown:


Logic Pro X will automatically adjust other loops you put together to all match the same tempo and key, allowing to create music that sounds good in a very easy way.

Here’s a song I created (feel free to use btw) in 10 minutes while writing this article with just Apple Loops. It’s not the best, but the quality is great!

Fun Fact: It’s a common fact that Murder Mystery 2 used the “Above and Beyond Synth” sound in their game, but did you know they all used the “Aggressive Stance Bass” and “Anvil Smash Beat 01” to create the other music played during a victory? I just figured this out a couple of days ago when I was scrolling through the loops.

Personal Opinion: Should Roblox Composers Buy Logic?
Despite all these great features, if you’re only thinking about getting this program to create Roblox music, I wouldn’t suggest using $200 of your money, especially if you’re on a tight budget just for this. Logic Pro X is such a great tool for making music, and I would highly recommend it for anything. However, as stated before, $200 can be a lot of money, and if you’re willing to spend that much, then feel free to get it. And I hope you have fun with the program.

What do you think? Is Logic worth your money?

If you have any suggestions or questions feel free to let me know! Thank you!

You are missing out on the other features the Logic Pro X has to offer, which includes management of plugins and mixing.

Hi. I’m working on a soundtrack, with many planned names and themes. All of them are influenced by breakbeat, synthwave, trance, techno and somewhat ambient music. Intended soundtrack genre is sci-fi… ish, maybe futuristic. First soundtrack set consists of mainly introduction-like themes. Tell me about your first impression on listening the tracks that I will add up every now and then! Suggestions are acceptable! SET 1 – INTERLUDE Fifth Column Mutiny Conglomerate Just Business Se…

In fact, the topic I linked are purely composed from stock instruments in Logic Pro X, it takes a few days to months of learning the ropes of the software. A seasoned composer can confidently control the sounds to their desires. It’s actually one of the top DAWs out there.

Someone had stated live recording is high quality on this software, which I could agree on.

hey i think thats not really worth it unless you are willing to spend your money ! Many other free softwares like waveform 11 etc do a good job so i dont think its worth it but yeah at last its your choice .

Thank you for the feedback! Since this is my first writing I’m glad to know that I need some improvement in how I write.

It is a completely proffessional software. Unless you are going for something big ot totally sure its a worthy investment, I do not recommend you buying it. There are several free helpful softwares to get started such as LMMS, I created a topic where you can find plenty helpful free softwares:

Free helpful softwares and tools for all developers! Community Resources

Disclaimer: I made my research to post all of these softwares and tools. In fact I even contacted some of the creators of them. However, you should still read its licenses and be sure you are using them properly to prevent any future troubles. I’m not responsible of any problems with how you use any of these softwares. As a new developer, there were many obstacles in my way to create a new an amazing game. One of that obstacles was the lack of money, so in this post I’ll be showing you some of …

Nah for real though. I’m not a music artists but if you can produce something good like this in a matter of a couple of days. And you’re a professional. I’d be hella hyped to see what someone good would be able to create.

Again though, I created that last one in just 10 minutes by clicking and dragging. I bet you could create something amazing if you used the Apple Loops, no matter your music level! You’re probably a very talented Programmer, and I bet you could do this too!

A little further thought, before I was actually working on Logic Pro X, I used to work on GarageBand. They are similar to each other, but GarageBand was limiting the sound design aspect quite a lot. I knew that Logic Pro X offered a lot more than what I had and since the day I started using it, I never regret it. Everything was in my control and I made progress and experience in adjusting the synths to my own desires.

This is not made out of loops(or samples), as well as the other songs I have been making in the past.

In the contrary, however, you can still design sounds with enough creativity from a free software like Audacity. Recently, I designed an ambience from just a single text document and editing. I can’t believe it worked.

To summarize it, the DAW is sure powerful, but the imagination is what limits your ability to artistically, emotionally and methodically execute the art of sound.