Luau typechecking: Let me interpret a string as a type declaration

Right now, the Instance.new function has a behavior where it can interpret the string literal you give it and output a type that matches the input. I wanted that behavior for my create 'name' {props} function, and it appears that the best way to do that is by doing two ridiculous things: 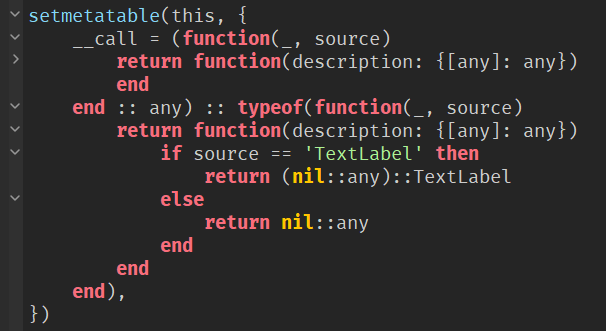 The knowledge that this is in my codebase brings me great pain. I think the solution is a way to evaluate a static string as a type. For example,