Sorry I for whatever reason didn’t see this question when you originally posted it.

For this I would use the velocity equation to get the direction you’re object is going to be facing and then from there you can use CFrame.lookAt or CFrame.fromMatrix.

Now the one issue you may find with this is when the parabola reaches its peak then velocity will have a magnitude of zero (as shown when deriving the max jump height in the OP).

In that case we need to handle the situation a little differently:

This is exactly what I was looking for! Thank you so much

It’s not perfect mainly because how velocity is damped, but it’s a pretty good projection of the path traveled. Enjoy!

Thank you so much for the resource!

It turns out that the trajectory will have inaccuracies for reasons other than collision-based velocity damping. One of them is the integration method Roblox is currently using (the formula that updates the object position based on its velocity, and its velocity based on its acceleration). Users @GFink, @GloriedRage and I have recently figured how to suppress this offset, if you’d like to take a look!

I saw this thread and i wanted to ask you something. How can i make a projectile (or any part etc.) move into a special trajectory (not roblox world physics) like in Original Snido Life. I mean projectile goes to mouse point but not up and down but from left to right. Also, self growing trees from Shindo Life. 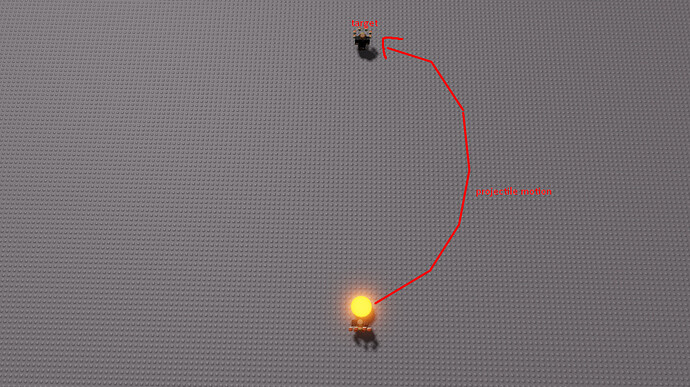 Is it possible to somehow overcome the small delay before the projectile starts moving when velocity and not heartbeat is used. When i replicate the code here in a server script there is a small but very noticeable delay before the projectile starts moving and it really is quite infuriating. I am hoping there is some simple way to resolve this issue.

Is it possible to overcome this delay/stutter? Scripting Support

Greetings, I am making a bomb as you can see from the video Both tools contain the same script, 1 executed on the client (called Client) and the other on the server(called Server) this is the script(written by EgoMoose) local t = .6 local mouse = game.Players.LocalPlayer:GetMouse(); local hrp = game.Players.LocalPlayer.CharacterAdded:Wait():WaitForChild(“HumanoidRootPart”); local bball = script.Parent:WaitForChild(“Handle”); script.Parent.Activated:Connect(function() l…

Thanks for your time

I have this exact same issue. I would go about maybe having a premade projectile (and then set the network ownership)? But, I would prefer not to do that in my game due to the fact that player’s can customize the tools they throw and I would just rather clone the handle. You could try implementing buffer module but I am unsure of how to do that.

i ended up implenting the module but i am not too pleased with it. Using pre made projectiles also didn’t help, nor did network ownership help. Honestly i am just disappointed with Roblox for this being an issue.

There will always be a slight delay when a client makes a request to the server. You should look into lag compensation so that you can minimize the visual impact.

(also, never have the server itself render your projectiles, do it locally)

Here are some resources to look at: 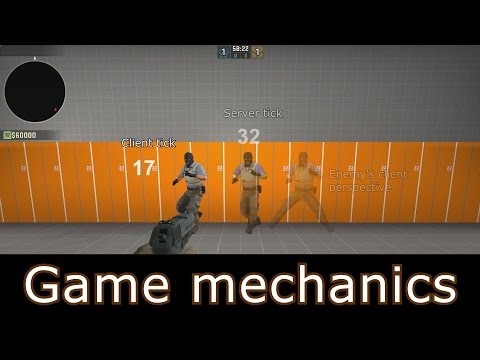 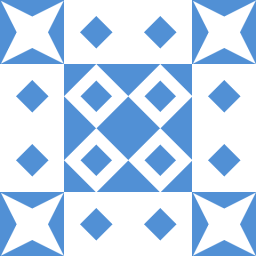 i can’t find it now but a roblox staff member posted here that if the position of your projectiles is imporant(that is that all players see them being in exactly the same place) then you shouldn’t do it locally as there can be huge differences depending on the circumstances. As the position of my bombs is super important for the players i have to do it on the server. There will be a max of 12 players each can throw 1 bomb every few seconds. If this can cause issues then roblox should just shut down tbh.

this isn’t eve lag related. It’s not like you click then you have to wait for the part to appear. No you click and the part instantly spawns BUT then it takes a very small but very visible time interval before the physics start being simulated that is the part starts flying according to the set velocity.

It’s hard to see in the video so here is the link so you can see it for yourself if you like.

Check out Bombs Away!. It’s one of the millions of unique, user-generated 3D experiences created on Roblox. BLOXVIN NOGALO GOES KABOOM

the tool called Bomb has the issue in question.

I was testing out somethings and I’m trying to make a shooting system where the ball always goes into the hoop but it just doesn’t work the ball just flies really high up into the air and it doesn’t go into the hoop. I basically anchored an invisible part in the hoop and made it so that instead of going to the mouse position it goes there . 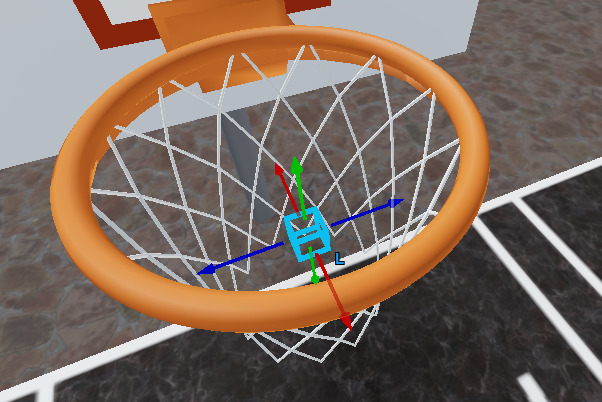 I need this aswell. The ball flies up so high in my basketball game! It doesn’t hit any ceilings or anything but I really need a way to make the ball not flight up as high, and more or less make it a not so huge arc. Just enough to make it above the basket and go in.

This is not user friendly whatsoever please use more readable words when defining variables like instead of ‘t’ use ‘time’, dont put whole names inside the actual formulas tho since ‘t’ still means ‘time’ in this case but you might not know this until you read everything which is too long & too boring for most people.

Here are some variables used & what they mean;

(or maybe just use light mode)

you might not know this until you read everything which is too long & too boring for most people.

If you’re not going to read the whole thing then why are you here?

The purpose of this post is not to just have copy paste code, it’s to actually explain the math behind it so you can work it into your own stuff. I fully expect people to read the whole thing. If they can’t be bothered, then I’m quite happy w/ them not understanding.

But I would like to add onto the section for the Mapping the projectile’s path with a beam section with the mapping method for a beam which works perfectly unless in a specific scenario where t1 is very large.

Turns out internally within the engine they do use the method of drawing the curve with intervals according to the documentation but with textures instead of parts.

this would be to draw parts between intervals on the curve. However, another way to do this is to use beams!

This means if you set the projectile’s end path time t1 at a very large value the curve will droop a lot as shown below because of the lack of segments:

The fix is really simple the segments property of the beam to which I set to an arbitrary high value multiplied by the input t1.

Also be wary of too many beams as this will cause trails and beams to not render due to lag reasons.

Ego,
Thanks loads. Used it already for another’s game.

Bonus question, but no pressure: For my game on a globe; Earth’s core at 0,0,0; happen to know all the bell’s and whistles to turn off, to use physics, or you would use CFrames, anyway…? Also: LookVector becomes close to useless .(Programmers like me: put the CFrames on a flat Earth; Do Look; then put them back on the globe.
(It’s a wargame, so don’t need real physics; just effects)
Oh… the beam would be so nice to have too (cannons et al); but my entire post is an illegal question.

Jeni,
I beg to differ: For programmers like me; it sounds like the equations, in Dark Theme, would have been way easier on the eyes…

Even tho I’m not very into advanced maths yet (as i’m still like a little kid) this seems really useful and interesting, would for sure use this if I ever need to implement an throwing mechanic!