Momentum script breaks player movement. How do I fix this?

The script works whenever I turn off the gravity controller, but this is supposed to slow down/ speed up the player whenever they’re walking on walls with the controller ON. Any reason why this is happening?

i have a couple of questions

why are you adding absurd amounts of walkspeed?

is the orienx variable supposed to be outside of the connection?

for the first question, I added absurd amounts of walkspeed in order to be 100% sure if the script works. For the second question ,the “orientx” isn’t being used in the script YET. I want to make sure a basic version of the script works before I add on to it

i meant to say orienz mb isnt it supposed to be inside the connection if you are checking it?

what do you mean? It’s already in the function, unless I did something wrong

try this, not sure if this causes the problem but its definitely isnt supposed to be like that, you are checking the rootparts orientation only once

heres the thing though, both the scripts I made and you made works perfectly, but only when the gravity controller is turned off. When it’s turned on, it just doesn’t work

are there any errors or warnings? if not ive never looked into gravity controllers code so i cant say much

Everytime I turn the controller off, this error message gets repeated like CRAZY:

I added absurd amounts of walkspeed in order to be 100% sure if the script works.

Hahaha, that’s the first time I’ve ever seen that particular way of checking!

If you wanna make sure your code is running, use a print statement:

Then view the Output window to see what prints: 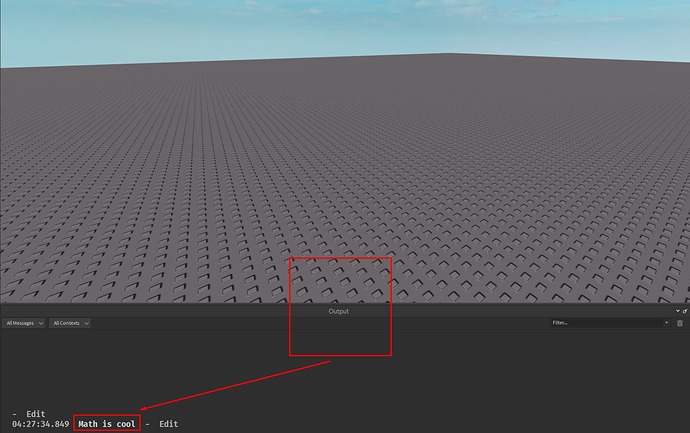 If you don’t see the Output window, right click the top bar up here and enable it:

ok so what I found out the problem was is that you used script.Parent.HumanoidRunning:Connect(function() as a sort of loop
of which the controller denies for some reason.

What you could do to fix that is use another form of loop like RunService.Heartbeat:Connect(function()