We are making slight changes to the naming convention used for cage deformers to better align with existing naming conventions used for Attachments and Motor6D in avatars. This change only applies to caged avatar bodies and layered clothing accessories, and is meant to improve the readability of hierarchies displayed in Explorer.

Currently, cage deformers are named the same as their parent mesh part. For example, a “Head” mesh part currently has its WrapTarget deformer named “Head”. The issue is that this naming convention is unique to cage deformers. All other children in the Head mesh part have additional text appended to their names specifying the purpose/function of the node. For example, all attachment nodes of the Head mesh part have the suffix “Attachment” appended to their instance names. The same happens with Motor6D for accessories.

Now, we are naming cage deformers following the same principle used for other children nodes: 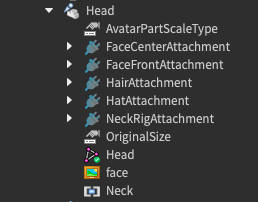 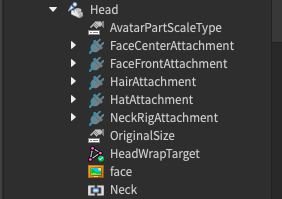 This naming convention update should not affect existing experiences that support layered clothing, since developers are likely using the following to access cage deformers in their Lua scripts, instead of directly referencing them by name.

Please let us know if you have any questions or concerns.

pretty cool, not the biggest change as you stated. But a decent one.

Not a huge change, but i’m excited for what people’ll be doing with this later on.