What does “allow nonuniform scale” mean?

Without this beta enabled, if you resize a Union and a MeshPart with similar contents, you’ll find that they have different scaling behavior. Specifically, Union scaling is letterboxed such that the union contents only scale uniformly:

With this beta enabled, Unions will instead have identical scaling behavior to MeshParts, allowing non-uniform scaling of the contents:

This may seem like the “obvious” way that things should have worked, to begin with, so there’s got to be some tradeoff that we’re making here to change the behavior right? You would be correct, there are a couple of things that we need your feedback on before we commit to releasing these changes.

In a world where unions can only be scaled uniformly, separate always cleanly works because every part resulting from the separation of a uniformly scaled union can be exactly represented.

The same is not true for nonuniformly scaled unions. For example, the results of separating this stretched union of a box and sphere clearly won’t be representable with primitive parts:

In order to deal with this, we give developers two options in the case where a union with parts that can't be represented separately is being separated:

Here’s an extreme “Apply Scale” example where all of the parts in the union must be approximated. The red is the stretched union, and the translucent gray parts are the result of separating it: 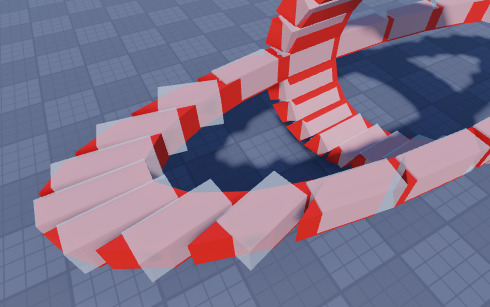 While working on models with the beta enabled, let us know which option ends up being more useful and if the popup gets in the way.

As pictured at the start of the post, you can actually nonuniformly scale unions right now, it just applies often undesirable letterbox scaling. This means that there are some non-uniformly scaled unions out there. Currently, this beta reinterprets the scale of those existing unions, such that they now fill the bounding box rather than being letterboxed. We have three options here:

We are leaning towards option two, but we need your feedback on this. Please let us know how many noticeable visual artifacts you see in existing places and if you find any gameplay breakage (e.g.: Not being able to pass through a gap you could before).

We’re excited to see what creation possibilities you’re able to unlock with this improvement!

271 Likes
Nonuniform Unions: Now Available on Production
Why Meshes Are Superior To Unions And How To Easily Convert Them
How do you make an oval?
[Plugin] Model Stretch / Widen V2
system (system) opened June 15, 2022, 8:29pm #2

A small delay in getting this feature enabled. It should be enabled momentarily. I will update this comment when it is.

Has the algorithm that is responsible for the faces on the union changed at all to be more optimized or is it still the same old stuff? Unions while being a helpful tool also cause a large amount of lag, considering(from my understanding) they’re supposed to be a tool that allows users to make complex shapes without using any external 3D modeling software.

As I’ve mentioned elsewhere, avoiding forked scaling behavior is very desirable, plugin behavior around this would be horrendous, and existing games most likely were only scaling unions in the past for rare alignment purposes with the old draggers, or by accident / negligence. As a developer and plugin developer it would be much more streamlined to get rid of forced uniform scaling entirely. It doesn’t make sense to be in the API forever, we can already scale uniformly with tooling if we choose to.

Yes, the separate behavior is the only gotcha, they’ll otherwise work just like any other union would have with regard to unioning, collisions, rendering, etc.

I would like to see how this affects hitboxes (if at all) as well as the masses and the apply scale feature specifically with more complex unions.
Furthermore, unions are often frowned upon by builders if in high quantities due to their “lag” compared to meshes and parts which of course is bound to happen; is performance notably affected with this new scaling?

Has the algorithm that is responsible for the faces on the union changed at all to be more optimized or is it still the same old stuff?

is performance notably affected with this new scaling?

This beta only addresses the scaling behavior, but there are a lot of other CSG system improvements being worked on as well.

I cant describe how amazing this feature is, however, will it ever come to multiple parts so that they behave the same when scaling?

Woah I can make new shapes. 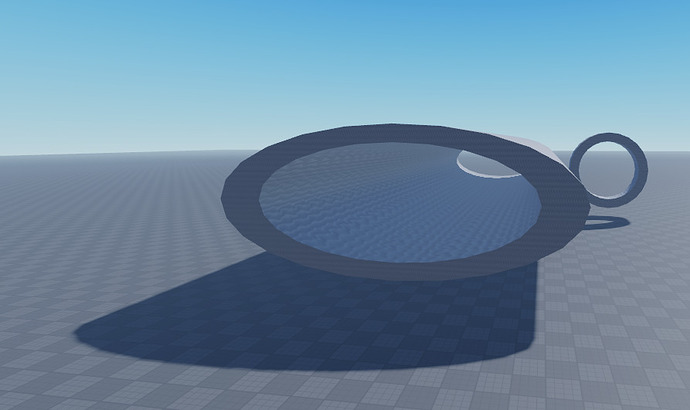 The lighting seems to be different for non-uniform scaled unions when their CollisionFidelity is set to default. The one on the left is a large block with a hole cut in it, the one on the right is the small union shown in the middle, but stretched out and enlarged.

I didn’t notice any lighting differences for Box, Hull, or PreciseConvexDecomposition CollisionFidelities, though.

Currently, this beta reinterprets the scale of those existing unions, such that they now fill the bounding box rather than being letterboxed. We have three options here:

Does this mean that non-uniform union scaling will be enabled for all places at some point in the future (with existing union reinterpretation?)

Is it possible to have an option where only new unions have the option to be non-uniformly scaled, or to disable this new form of scaling altogether for certain places? I have showcases where I used plugins to non-uniformly scale my unions, and a lot of my models would be altered if this change were to be forced.

This is a nice update! I would love to have the ability to scale cylinders, corner wedges, spheres, and wedges non-uniformly as well.

will it ever come to multiple parts so that they behave the same when scaling?

Maybe eventually but the Builder Tools Team has valued keeping the Scale tool in Studio predictable over allowing it to do this (basically it would be hard to predict what the scaling behavior for a given model is because it would depend on what parts there are hidden away somewhere within it).

For now I would recommend looking at community plugins for nonuniform scaling of Models, there’s a few good options out there.

What’s going on here is not really anything new with this beta, it’s something that you always have to be aware of when using the CSG system. But it’s also possibly something you’ll have to be a bit more aware of if you’re scaling things in a significantly non-uniform way:

Putting these two facts together, you’ll have to make sure that if you’re using Default collision fidelity, you create your CSG at a large enough scale that any holes you care about don’t get “filled in” by the Default decomposition algorithm, because they’ll still be filled in when you scale up the part, the decomposition won’t be recomputed.

Aside: I would highly recommend using PreciseConvexDecomposition for the majority of your CSG parts. The main case where Precise causes issues is with MeshParts that have complex curved surfaces, but the majority of CSG parts are better served by Precise (or Hull / Box for things you don’t need detailed collisions on)

You can actually do this now! You just need to union it all by itself and then stretch it! 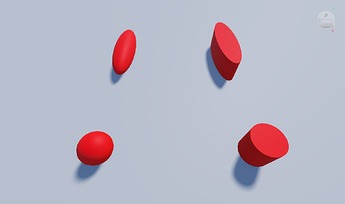 This is the best way to do it if you don’t want to make a mesh in another program.

Unions are generally a bad practice imo. I’d rather use a more optimized method.