Noob Attack 2: The soundtrack, and a final farewell to the project

I haven’t used the Developer Forum in a long time, but I’m back from what I consider one of the craziest breaks from anything I’ve ever had, and I’m probably going back to it after this showcase. After various situations I got myself into, I’ve finally decided to make something public that I haven’t really talked about since mid-2019: Noob Attack 2.

If it wasn’t entirely clear enough, I’ve pretty much decided to discontinue the project back in late 2019 after over 4 years of on-and-off work. I had ideas to keep going with it through 2020, but it just wasn’t worth the trouble if there’s no monetary gain to be made off of it, even if players were to enjoy the experience. Additionally, Roblox just isn’t the platform for these kinds of ambitious projects.

I know this doesn’t entirely belong in the “Help & Feedback” category since I’m not looking for help, but it is a creation of mine, and I am still open to feedback, despite the project being discontinued.
Noob Attack 2 still lives on as the concept, the story, the characters, you name it, but those are for another day. In the meantime, I’ve decided to finally make the nearly-ENTIRE soundtrack of the project PUBLIC.

If you’d rather not read the content, just know that the soundtrack totals over 2 hours, has content provided by other users, and most of the songs suffered a quality loss.
I’ve provided more information in the description of the soundtrack below. I hope you guys enjoy it despite the issues faced! 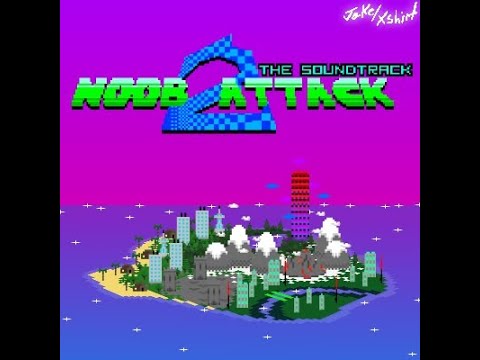 Now on a final note, where am I going from here? Well don’t mistake this as a goodbye to Roblox. I’m actually currently working on a different game I started back in 2019 that I’m finding a lot more success with. I don’t have much to say on it yet, but maybe stay tuned for that.

Until then, farewell, Noob Attack 2.

Sad to see, but was quite obvious. Good luck with that Pin-Ball game!

The mixing could use some improvement, but solid soundtrack!