Odd Replication of Tools In Characters

For the in-game bug, I am unable to consistently reproduce the issue with specified steps. There’s a slight chance that another player’s gun in our game will appear invisible. If I reparent the weapon on the server-side to ServerStorage and back into the player, it appears visible for the affected player. This does not happen to every player. While trying to reproduce this in Studio, I noticed a weird behavior with content streaming. In studio, start a server (StreamingEnabled) with 2 characters and make sure they are outside of each others’ streaming radius. Equip a tool in one of the characters and notice on the other player’s screen that all parts in the first character have streamed in and will not stream out.

Occasionally weapons are not streamed in and they are holding an “invisible” weapon. It still functions properly and the holding player/others can see it, but affected players cannot. 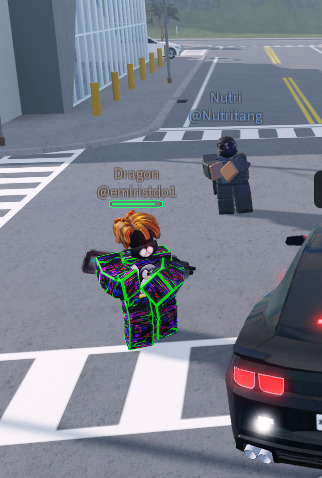 I’ve been experiencing the same issue in my game ever since we turned on StreamingEnabled. Sometimes players are holding tools that haven’t even been streamed in which ruins the main part of my game as it’s meant to be a roleplay. I hope this gets fixed soon and I’m glad I’m not the only one with this.

Do you still encounter this issue ?

Yep! Players report seeing it on a regular basis, however I personally never encounter it.

So we shipped a fix for this early in June, so I’m still surprised you are seeing this.

It seems our players narrowed down the issue, it’s not necessarily that it’s invisible, but the tool (or parts of it) appear elsewhere as if the weld is acting up. This wasn’t always the case.

Below are examples from different POVs

I am encountering this issue in my game Empire Clash as well. It seems to start occuring when we switched our StreamingOutBehavior from Default to Opportunistic.