Optimizing Roblox without StreamingEnabled - The Mystery Of Duvall Drive

If you have not seen it, Roblox’s Alpha Strike Group released an official experience “The Mystery Of Duvall Drive”
You can play it here: 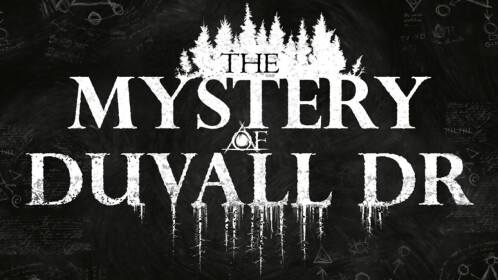 The Mystery of Duvall Drive

Check out The Mystery of Duvall Drive. It’s one of the millions of unique, user-generated 3D experiences created on Roblox. "Road trips are usually filled with stories. However, people who drive through Duvall Drive always share the strangest tales....

And Alpha Strike Group also produced a great set of documentation on how they built it here:

Learn with documentation and resources for all creators.

It boasts future lighting and advanced materials and streaming enabled, and it looks absolutely fantastic.

So in this breakdown, I’m going to run through some things I did to take this from a 20fps experience on max gfx on my modest nvidia 1080ti, to 60fps, and hopefully explain why in a useful way for optimizing your own projects.

First up - my ground rules:

Let’s start with the base experience:

Sitting at this area near the car and looking towards the house is going to be my test spot, it’s about the worst performing place in the whole map.

It’s got about 7.2 million in-scene triangles, and runs at about 20fps at max settings. Look at how many shadow tris its rendering - almost 12.5 million! Turning the quality settings down disables shadows, so you get a lot of performance back by turning shadows off.

If you just wanted to “make it run better” for no extra effort, turn shadows off and call it a day. But we can keep the shadows AND make it run a lot better, which is what we’ll do.

[Warning, the rest of this post is just an outline, I plan on continuing this at a later point, but the highlights are here]

So first, up, I went and made a few minor changes:

Then I used an existing module I made to tag every single rock, bush and detail object out in the world and set it as a big detail (400 unit culling radius) or small detail (200 units and it culls).

These are quite conservative values, and you shouldn’t ever be able to spot an object being popped out by this. Using tighter values saves a lot more triangles but reduced it from about 7 million in the starting scene to 4.4 million. You could argue that streamingenabled is meant to do this but honestly, streamingenabled is expensive and unreliable, as opposed to just handling it yourself on the client.

Finally I made it so the interior regions, motel, and treehouse only appear if you’re within 50 studs or entirely within them, otherwise they get deparented on the client.

This took the starting area triangle count down to 2.5 million(!)

Link to the optimized project:

Check out DuvalOptimized. It’s one of the millions of unique, user-generated 3D experiences created on Roblox.

The remaining things to do:

Then I used an existing module I made to tag every single rock, bush and detail object out in the world and set it as a big detail (400 unit culling radius) or small detail (200 units and it culls).

I’m interested in what kind of module is this? And can you open the game to the public to see in more detail what you have done.

This is a great tutorial, I love this. Definitely going to be saving this to show others! I see too many developers just slapping StreamingEnabled on to make their game run well. Awesome post.

shadow casting off on lights until they’re within nearby range like < 100 units.

FYI, Roblox already does this. It’s more expensive to enable/disable the property.

Neat! I actually not too long ago tried something similar to the “Beyond the Dark” VisTech, and while I never got around to fixing up some collisions in the game to get it playable, I was able to get the game to run buttery smooth even when looking back at the bridge.

What I did to the absurd number of unanchored parts was basically run a script at runtime to anchor all the parts after they’ve settled in and copied them back in place in the editor. I had to split up the process a bit since it started to lag after selecting 1K+ parts, but other than that it was pretty smooth sailing.

I also went overkill and basically disabled all collision-based properties (CanTouch, CanCollide, CanQuery), set all MeshParts’ CollisionFidelity to Box, and set as many RenderFidelity to Performance. Of course, that means you can’t actually walk through it but it’s still pretty neat.

I also tried to do something similar to you’re culling method, but the cost of reparenting/CFraming or StreamingEnabled made it obsolete.

You can try it here

It’s worth noting that Duvall has a lot of small parts with collisions and shadows enabled, such as piano keys or some objects inside of boxes.

Any object that is too small compared to the character, or an object that can’t physically be touched due to barriers, overlapping collisions, etc, should have all their collisions remove. This means disabling CanTouch, CanCollide and CanQuery.

Also most likely if the part is small or untouchable, it’s a safe bet to just remove CastShadow as well, as these objects won’t cast meaningful shadows. Also any objects inside existing shadows should have their CastShadow property disabled.

Am I reading this incorrectly or are you saying that a model with a primarypart performs better than a model without one?

Wait… Does the engine do not actually cull things without the Primary Part? or Is it just needed for the module to work?

Primaryparts are just just needed for distance culling and bounds checks to work. Otherwise the engine chooses and it can pick any old random orientation.

Any object that is too small compared to the character, or an object that can’t physically be touched due to barriers, overlapping collisions, etc, should have all their collisions remove. This means disabling CanTouch, CanCollide and CanQuery.

Hmm I can’t agree with this one. For shadows, sure, but roblox’s broadphase collision is very good. From experience I’ve never run into an problem unless it was some worst case scenario like a giant pile of unanchored parts or something.

Ahh! Thanks, I will try to apply this to my super-detailed Castle that has a bunch of models without any primary parts. I’ll just write a macro plugin code to do this automatically.

There’s this weird bit of culling that reveals a red coloured part beneath the roof;

The colour of the part beneath the roof should match it better, but otherwise this is giving me wayyy better perf! From 5 FPS to a stable 30.

Also, is this still progressable?

What you’ve done sounds very interesting, and pretty impressive. I’m a bit curious about how you’ve made your own culling system, that sounds like the most impactful change, but it’s only slightly glossed over in your explanation.