So recently, I’ve been working on some modules and scripts for a new game I am going to release pretty soon, and as a scripter is extremely hard for me to switch between scripting tabs :

image916×26 1.6 KB
just to remember a function’s name from a module or script, or to see a segment of code I’ve been writing earlier.

The feature I am asking for, is separating script editors, or however you call it.

As a visual studio code user, I am pretty much used to separate the scripting editors like this : 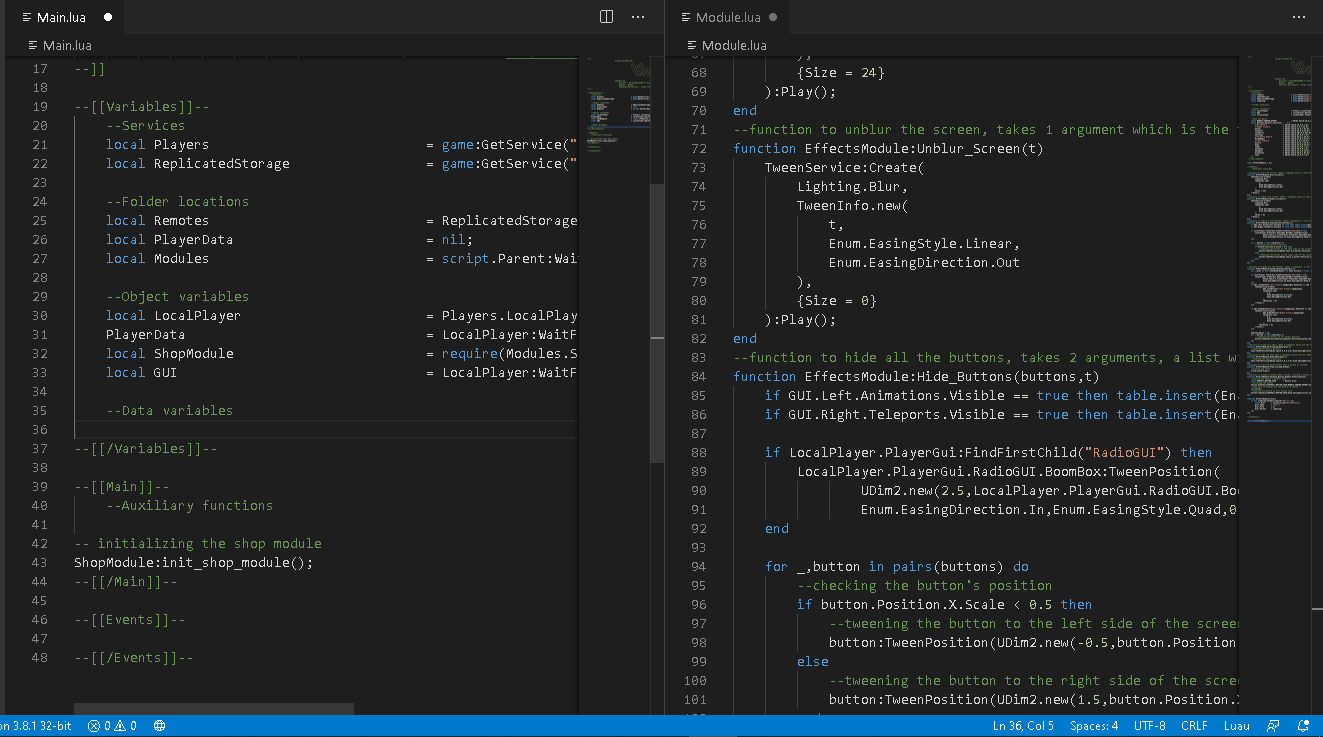 its just way easier to see the other script in a separate editor and to write the code in the other editor while seeing all the functions and variables you’ve written in a module or in other script.

Since roblox studio does not provide auto complete for StarterPlayer,StarterGUI, or other services that are replicated to the client only, I have misspelling issues and typos usually when trying to test my game.

It is pretty annoying and it consumes a lot of my time, and it makes the task even harder and more time consuming. I think that every scripter that has a big enough monitor or that is constantly switching the scripting tabs, would be greatful and happy if this feature would be added, this would absolutely improve the productivity and make the job much easier, would reduce the time spent in debugging, misspelling and typos.

I hope this feature request will be considered and eventually will be added.

I would like to see this added. I know this is old post but as a developer it is natural to have a side by side view for editing code. While it is technically possible to do in studio, it forces you to split output and script analysis at the bottom for example, and you can’3t have multiple scripts on each side.