Shirt/Pants Content Creation and the potential issues of bots?

As a Roblox developer, it is currently impossible (due to I think bots) to make a quality clothing item for players and make it in any way visible without insane amounts of marketing. It was always hard, with so many quality creators and anyone with BC able to make shirts (which is perfectly fine, that’s great for the community; but I found serious issues with the system just by using the search feature.

Take this search for example: “thanos” sorted by recently updated:

Not that anyone should usually look for a shirt by recently updated, but it is clear that there is a serious potential bot issue; There are thousands of shirts, all with the same name and same image, all under various groups. I found this particular example because I made one shirt today, and by the end of the night there are 3 pages of the same shirt all made in front of it.

As a graphic designer on this site who makes most of his money on shirt sales, although this hasn’t seriously affected me personally, it is clogging the site with redundancies and is likely stifling real production. I know shirt design isn’t the main focus of ROBLOX but even a simple image-match type moderation would probably clear off a majority of these clones and allow for real users items to at least be seen.

Hi guys! As a Roblox developer, it is currently too hard to upload clothing assets without having a bot copy it thousands… and thousands… of times, here, let me show you! [866f5a0954ec8032e68647e154428a57] (sorry if it’s blurry) So as you can see here, this is one of the items I have created. And as I said, it’s been copied thousands of times… There is 9,000 pages of just this ONE item, copied by bots. Just so you know, the bots don’t change the name, or change the template. So, it should b…

Apologies, I didn’t see the duplicate in the immidiate similar posts. As for a solution, if there is anyway to match an image upon uploading, even just the ones that are just perfect duplicates, and remove them, it should clear up most of these issues. I realize that I myself dont know how to do this (as it would have to sort through tons of shirts to find the duplication in the first place) and i’m not sure if its possible; and that this could cause other issues, so I understand if nothing gets done.

Another idea may be an automatic copy-reporting system, where reporting allows someone to file it as “copying or stolen work” and allows them to link a shirt that is the same with an earlier publish date. At this point, if the images are a perfect match it would remove it immediately, and if not it would go through normal report moderation. This process would eliminate the need to have roblox search for an older version itself, but would still require a way to match the images up, which I personally wouldn’t know how to do.

This issue has been brought up quite a few times. In terms of just blocking perfect duplicates, that would stem out and create a couple other issues.

Individual reporting is a good start, and from what I’ve heard a bit of work has been done in that, but I feel that’s putting a bandage on a rather harsh wound. Nobody’s going to be able to keep up with the thousands upon thousands of copies of their clothing items.

The closest I’ve seen in terms of a solution is a limit before mods start reviewing for suspicious activity, and even that as a solution needs tweaking to fit as a good solution.

As a roblox user, it is currently too hard to buy and find clothing due to a massive flood of botted clothing filling the catalog, making it extremely hard to navigate. As a roblox developer/designer, it is extremely hard to sell clothing without being out competed by bots that copy your clothing hundreds of times over. This feature would slow down and cut profit of botters, by requiring them to be checked for botting activity .Clothing Uploads past the 1000(or 250/500) mark would put you on a …

Roblox is currently aware of this issue, and as of right now is actually looking to hire staff to help solve this, so it’s certainly something they’re trying to focus a good chunk of attention to. 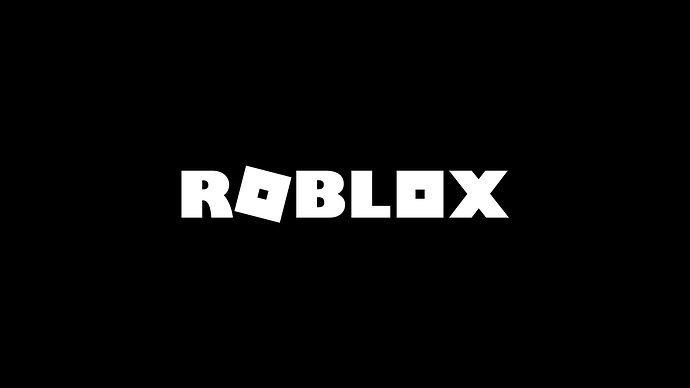 At Roblox, our mission is to bring the world together through play.

Personally, to solve this issue, I feel like maybe adding a system where the search system will only display 1 of the same shirt/pants and not display all of the rest, specifically the first one uploaded/released. To add extra security, you could make the system so it only looks at the stuff being shown on the player.

This wouldn’t exactly completely eliminate all copy-and-pasted clothing, but it would definitely help it A TON and make it better for the buyers, since they won’t have to deal with only seeing 1 shirt uploaded billions of times over hundreds of pages.

Not 100% sure of the following

Duplicate clothes are already blocked if an identical hash is uploaded. The bots are already altering pixels.

I discovered this concept last night while asking a friend how an imageboard I use catches duplicated images.

They use what’s called a perceptual hash.
There are other forms of perceptual hashing, but the form they use is that you squash images down to a very small size of 8x8 pixels for example, and hash and compare those instead of the entire image. By doing this, minute differences in images such as altered pixels and compression artifacts do not ultimately alter the result of squashing the image, and subsequently they do not alter the hash, allowing for extremely similar images to be detected.

It’s obviously not perfect, as it struggles somewhat with black and white sketches since so much of the image stays white on a sketch, but hybridizing this approach with something else could make things more robust. In the case of clothing, I don’t think this black and white issue would be too impactful, but it should be tested nonetheless.

Are the bots modifying pixels on the image of on the shirt itself? because when you apply a shirt to a roblox character there’s a new texture created (or there is as far as I can tell from exporting OBJ’s from roblox); so it is definitely possible to isolate just the visible parts of the shirt. After that point maybe they could check for duplication, and force the bots to at least only modify visible pixels on the shirt, which would eventually stifle them a bit,

Another option is to potentially have a blacklist of certain shirts once one type is reported enough times; where even a 50 or 60% match (if its possible to assign a value like that) would trigger it. It wouldn’t stop it but it might clog up the issues.

50? If it’s plain text youre gonna get a LOT of false positives.

It was just an example; and it really depends on how your matching it. If you did that just checking the uploaded texture than 50 or 60 would probably trigger everything; but as I said before I believe a new texture is created when its applied to a character (again, unsure but exported objs do this) and if you checked that, its a lot easier to isolate the visible shirt texture. A match of that level (still probably a much higher match percentage than what I originally said) would be possible as far as I know. Again, I’m no expert at the matching itself, I just understand how the textures themselves work.

Automated matching systems are not a feasible solution. For the time being, Roblox ought to just place limits on how many clothing items can be uploaded by a particular user/group, depending on certain factors like how many members the group has. It’s absurd that groups with only a handful of members are allowed to upload hundreds of pages of clothing all at once. Even huge, legitimate groups like Kestrel only have around 100 pages of clothes, while a 1-member bot group can have over 200 pages of clothes. This needs to be fixed.