I’ve been making music on Auxy for around a year just for fun time and time again for the sake of it. It’s a hobby. Obviously in that year’s time, not everything I make is gonna be absolutely perfect in my mind. Far from it.

Sponsored by Disappointment (The Somewhat Bloopers: Bloopers) is exactly what it says it is. Disappointments, unfinished tracks, bloopers, old songs and songs that won’t fit in my current projects.

So since I love showing some of my old little songs I made, I thought I’d give out this compilation of pure randomness while I give my thoughts and opinions on the songs and stuff. Have fun listening!

P.S. if some songs sound messy or anything, there’s a high chance it’s because of the compression on the songs because of forum’s dumb 10.24mb limit. 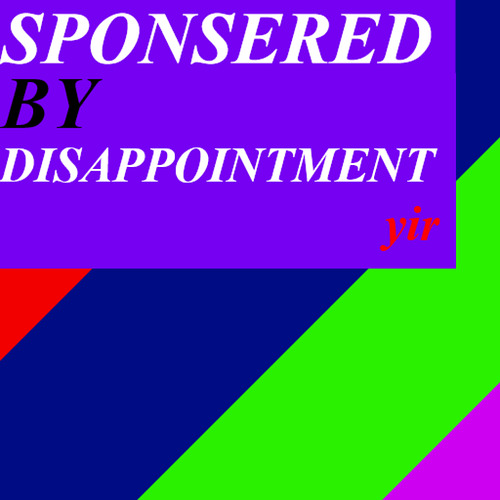 This was gonna be the start of The Somewhat Bloopers. Guess what it ended up being instead.

This is what Unlucky 7 could’ve been. Thank god I didn’t take that route, cause this song sucks. Also what even is that name…

My second ever song. It’s really weird, but I kinda like it for some reason. Really psychedelic, I just liked making songs like that back then haha.

The Time Where I

I have no memory of why I made this, where it would’ve gone, I tried adding some stuff to it but I still couldn’t figure out why I made it.

Previously “The End”, once again a track I wanted to be on The Somewhat Bloopers but hey, too bad it sucks. The only thing I can appreciate on this is how I managed to make such an insane bass and such a boring song, jeez.

Very old song I made just messing around. Nothing too special.

A song that I came to the conclusion of that I never wanted this ending up being on The Somewhat Bloopers just because of how boring it is. It’s good on it’s own I guess but listening to the whole thing puts me to sleep.

Remix of Unlucky 7 I made for no reason. Yeah that’s basically it. It’s ok.

I actually really like this song. I might put this on another project some time because it doesn’t fit on The Somewhat Bloopers. This was a really old song of mine that I wanted to remaster a bit because I liked it beforehand.

A song made with literally 3 channels. And it’s annoyingly catchy.

Old song of me messing around with weird kicks. The “(This)” in the title is a reference to an obscure song that’s like 30 seconds long. I wonder if anyone will get the reference.

Sorta Catchy and Garbage! (Did i even try Edition)

It’s in the name.

Cool song I guess, it gets a bit repetitive and not in a way that I particularly like but I think I could maybe make this work someday.

And that’s it. What do you think? Personally this compilation album is really subpar at most, but there is somewhat good songs. Obviously not my best ever because it’s just a bunch of stuff I couldn’t put anywhere on anything.

I believe some tracks could be less repetitive, i guess… sometimes looks good, sometimes not, i really don’t know…
I Wish “Operatik” was here to talk about your Tracks_

And here I am, being a grade 8 pianist and still can’t even compose a song

Honestly though, ‘Sometimeless’ wouldn’t be that bad if my ears didn’t die from the intense drum and then the repetitive sappy noise…

You could tag that Operatik person if they don’t mind/have a devforum account.
Some tracks are repetitive, and I can admit that. I am improving on repetition though!

I have checked the track out and concluded that this track have conflicting motifs/themes once, or at least the arpeggios aren’t blending. Please try to avoid too many repetition and substitute with variation if possible. On top of this, the sound design is generally acceptable. The loudness might have crossed the threshold a little. Potentials are found in this, in terms of the overall texture and the atmosphere. Intoxicating.

I see the re-use of the same contours again, clashing motifs/themes. This could use some variation. A melody lasts about 8 measures at minimum for a theme. Initial dynamic was alright, but then when the anticipation ended, it was anti-climatic. You could make the beat more syncopated and less of a constant marching to match the arp. Also you need to sync the rhythms so it doesn’t become random. Remember to not repeat too often and add variation like Clubline:

I lack a great punchline, perhaps it’s as good as the song’s punch in the drums.

You’ll need more focus mixing the metallic pipe-ish plucks, so it doesn’t stick out and fade out more in the atmosphere. Also it is seemingly more atonal, not chromatic. You should probably read into basic music theory to have some “integrity” of the tonalities in the song. It would have better sounds if the melodic lines didn’t stay static, and reaching a thematic conclusion. Again it still has the issue of repetition.

The Time Where I

I still sense the same contour, not exactly sure if that’s a good thing in regards of creativity but consistency is always a great thing. However, there seems to be an unusual amount of note placements that are tritones, creating extreme dissonant conclusions.

The saw lead seems to be interesting in the design. It could be re-used in hard genres.

This is indeed a bass-heavy song, however, it seems to have too much of a heavy effect on the sub. You should try to balance this out and even the level to at least -14 dB if there’s a lot of bass-y elements. The arrangement in this is at least significantly better than others. Too much sub spins your head a lot.

Another tip is to sidechain the bass so it doesn’t become a flat line.

This is simple, but the melody line is all over the place. Remember to always leave silence between notes to not throw your listeners off. For better ideas, please consider chord progressions that can be easily followed, the song is flat in progression. For reference, I built my chords first before melody.

Long track. Everything is all over the place and the dissonance is harsh but interesting sometimes, at best the idea between 2:03 to 2:33 seems alright. However, the song’s overall issue is transitions and rhythmic consistency. Again, disharmony is present in the song as well.

The contour reappears, but I find an unbalanced mix between the drums and the lead/melody. The part that was alright was 1:58 to 3:12, only if it was not repeated to death.

LOL!!! ABSOLUTELY BEAST THAT YOU DECIDED TO MAXIMIZE DETUNE!!! YOU MANIAC! :))

Seriously, it sounds alright in terms of atonality and rhythm. You should keep up the rhythm this way but not the pitches for tonal music. 2:48 to 3:04 is a transitional filler, you could shorten it by half.

Repetitiveness could be fixed, but it is always resolving in a suspended fashion. Try to land on the tonic if you ever find your sounds ending “badly”. Despite that, the title funnily fits the song’s contours.

Very bouncy sound design, but the distortion is over-the-top, recommended for harsh settings. Atonal beyond reasons, that I could think about a burning boiler crashing into my house with some gummy bears bouncing out. Yes, it is how random it is. In the end, the pumping effect seems to work well.

This time, it is more fluid than other songs in terms of where the notes are placed, it is openly voiced. However, I still find the repetitive element annoying. Other than that, it is very pew-pew-pew.

Demolishing. You got the rhythm right and the basses set up right here and it seems significantly better than the other tracks, in all technical aspects. There is potential but not used up to its best. Shadow warriors in the vicinity.

I found that most tracks are completely arbitrary and not well-planned through its works. Primarily, three issues are first to come to mind:

All these three aspects I can personally determine to be lacking. I’d recommend basic music theory to catch those little vices that pop up time to time.

In terms of engineering the sounds, there seems to be a weak mixing, regarding the loudness. It is simply too loud in all the songs. You can power up the songs if you avoid clipping and crossing a specific threshold of level.