Starting to build a city game and would like some help 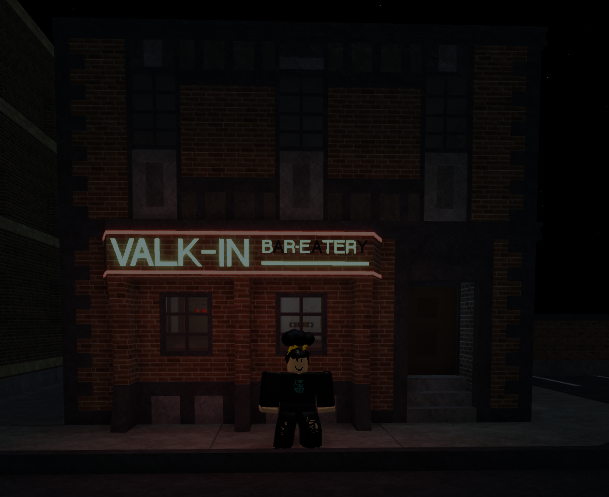 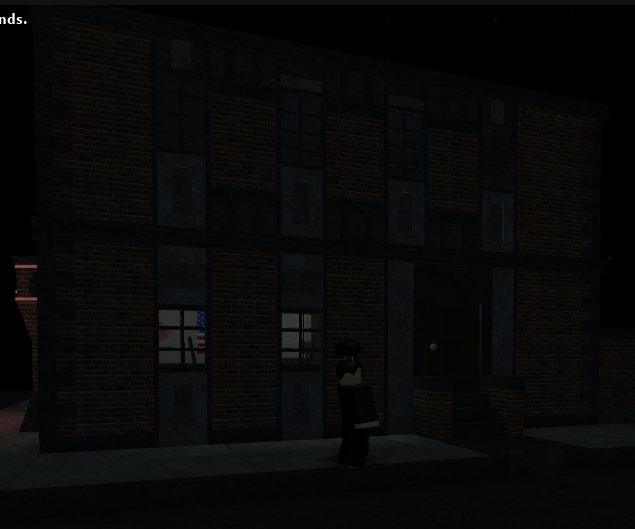 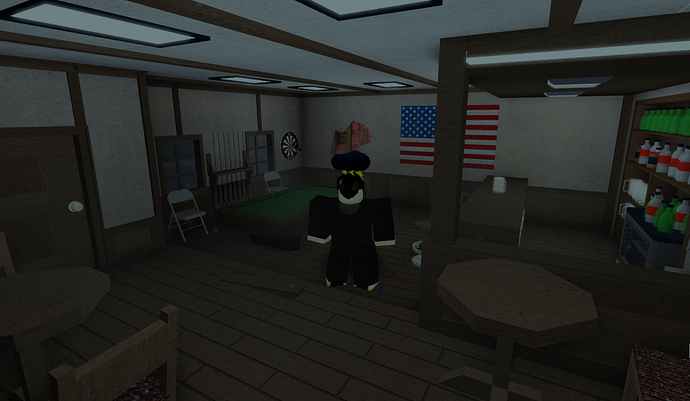 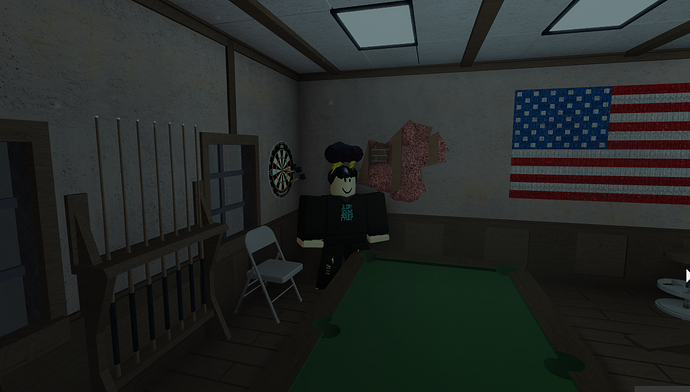 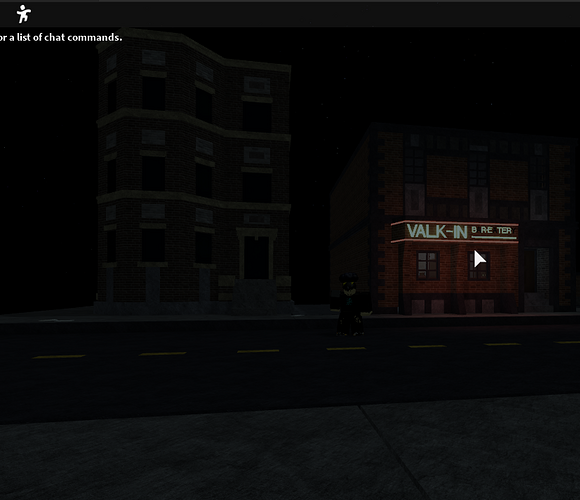 I’m currently building a game thats gonna be a pretty small city with mostly trashed or really crappy buildings. I want a lot of the city to be dirty and run down. Was just hoping some of you guys could share reference images, give me some ideas on what I could do with the city, and some feedback.

You definitely got the dark/grimy aesthetic right. My suggestions would be:

But so far it seems great, good work!

I think your "Run Down City” looks good, i like how you added the buildings, details, design, you have added to the buildings as well the details. That’s implemented inside your buildings is really decent! However there is a couple of things. I’ll add to your run down, city so it could look. More detailed and improved a lot more overall. You have done a decent job on your, city and i think it looks really amazing! However depending on what kind of design, layout, buildings, you want to add to your small city so it. Could be trashed, crappy, run down, there could be a lot of things that’s mostly in run, down city’s if you plan on making it so it could look! Like it been dirty for a couple of years, months, days, ect. Here is a couple of things that you can. Add to your city!!

Run Down Buildings
So far i see you only implement two buildings, however for most (Run Down City’s) it’s mostly in poor condition. Which means it’s rundown and it’s been there for months, days, years, and they just broken & rotting buildings, such as hotels, houses, stores, restaurants, offices, towns, business buildings, mercantile buildings, industrial buildings, ect. Those are mostly buildings you want to try adding to your small city so it could look broken, dirty, rotted, worn down, run down, however in (Real Life Buildings) you want to try to make them so worn down. And broken kind of like real buildings so what, i’ll do is make a lot of buildings with broken, pieces fallen on the ground and a lot of them all! Rusty and old and look rotting you could all ways. Try new things but the style you want to go is! To add a lot of trash on the ground such as leaves, trees, cars, broken buildings, wood pieces, bottles, garbage, paper, dirt, vines, brick parts, half broken houses, and stores, ect. Those are just the ground details, but in (reference Images) they mostly look like it’s been there for years! And years so the details i listed above you could always try something like that to make, it look all old and then on top of buildings you. Could add some grass, leaves, trees, plants, dried grass, dust, and then you could add all the other details that suppose. To be in “Worn Down City’s” and as you can see below most run, down city’s have a bunch of trash and other, things implement to ground area and on. The buildings itself i would do something like, depending on what you want it to look like!!

Trash/Ideas
And then i would do a lot more to the buildings, so you could add all the dirty, rotted, broken, rusty, crappy, buildings. Implemented to your city however i mostly! Said them above but you could add some car pieces, building pieces, paper, bags, glass, bottles, leaves, trash, dirt, dust, trees, plants, books, cups, chairs, ect. That’s what you want to add all over the ground part and some of, those details onto the building! And the inside area overall i would make a lot of buildings have broken. Windows, glass pieces, rusty, metal parts, worn down cars, and others those are mostly going to go all! Through the city however i see your only, making a small city so the ideas i said above would, make your city look worn down and all. Abandoned so it could look like it’s been there! For years, months, and then it builds all run down things that’s implemented all over. The place and ground area as well the exterior! Could look the same if you plan on going for. That kind of style to look all messy, dirty, dusty, these will mostly make your city stand out. 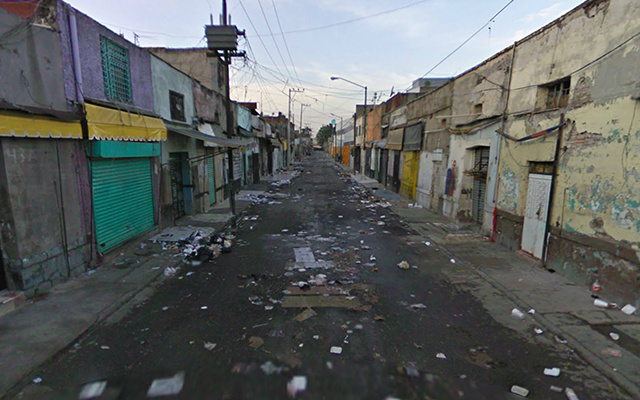 Interior
Know for the interior part i would add the same, thing that’s on the exterior area but inside buildings i would add broken walls, wood pieces, rotted floors, trash, broken shelves, dust, broken ceiling, ect. As well there is a lot more things you could add! To the interior part so mostly if your going for that kind of design. I would recommend you add some of, those all inside such as dust on pictures, cups, beds, chairs, broken cups, and others there could be bunch of things you could possible add to. Your two buildings you have know but for, your small city i would mostly just add, some of the details as you an see in the reference! Image i provided above try doing, something like that and, If you plan on making the! Interior all dirty, dusty, broken, those are the details you really want. To go with however you could try, doing something like this as most: Run down buildings have a lot of broken things implemented. All over the place overall i think. you’ve done a great job on your run! Down city these are the details you could try adding. To your small city however try adding simple things! I see you already added the broken walls, broken pieces, but i’ll add the most details you. Could implement to yours…

Details
Alright so i really like all of the details that’s implemented to your “Small City” and i think it looks really good and, as i said above try adding some trash, broken pieces, dust, rust, rotted buildings, to your city so it could look more detailed as, well you could add some vegetation on the buildings and all around the exterior/interior. Those are! Some i would recommend you add. Here is a couple, of things i’ll add so your (Run Down City) so it could! Look more better and improved. Overall i think you have done a great! Job on your city so far the design, layout, buildings, are really good i would just add dust, rusty, broken, worn down buildings, and a lot of trash all over the floor and exterior! Just try doing simple things not to much since. Your making a small city so it doesn’t have, to have that much details added to your. Run down city!!

Anyways, you have done amazing job on your (Small city) so far these. Are just some details your worn down city needs. However you don’t have to add all the, details i listed above! But if you plan on adding a bunch of. Details i provided you with some above and! Then you could add those to your city, can’t wait to see more of. This very soon and the different, details you add to your run down city, overall great job on your in progress creation. Hope to see the improvements of it as well you have a! Great piece there i would add some. Street lights, stop signs, mailbox, paper, bottles, in the front of the buildings. And on the side of it as well…!

Adding to the previous comments, maybe an abandoned rail freight train station would be good in the city (but would have to be small), an abandoned factory and also sewers people could go in with NPCs would add up the dirty vibe with rubbish-strewn streets too. Over all, this is a very good start, I like it. Good luck with your project.

God, not THAT run down. Just like, the bad part of town lmao.

Oh, i see what kind of run down city game your trying to do. Sorry about the reference image, of the whole city part i thought you were making! A city so i believed you where trying to add the, the run down designs that’s in most city’s. But it seems your just making a, (Run Down Town) lol i removed that image that i, listed above and provided you with a simple kind! Of design i believe your not trying to add, all those extra details to your town, so you don’t have to add. A bunch of designs since your doing a bad! Part with run down buildings, and stores in the town, it just needs simple details implemented. Around the town not to much since your, going for a run down town!!

Would be nice if you’re trying to recreate a particular city here or not? I think Detroit, MI might be a good reference point if you want something more run-down. It might help you if you plan to have houses within a district.