When a player switches to a new team in-game, the chat notification that appears only shows the first word as the name. If there is a space in the name, everything after the space is excluded.

I’ve created a file that matches the repro steps above. You can download it here:
TeamChatBugRepro.rbxl (24.5 KB)

You can also experience the issue by playing Speed Run 4, which has team names with spaces.

I assume this issue has existed for a while but nobody has bothered to report it because it’s obscure and just a cosmetic issue. I found the line of code that generates the message (Chat.ChatModules.TeamChat:168), but nothing about it seems problematic. I’m able to run it in the command bar with expected behavior.

Yeah this bug has been happening to me. It’s not a big deal but it is annoying

Has there been any progress on this ticket?

In my game, two of my teams are called “In Match” and “In Break Mode”, which makes these team change messages ambiguous since both just come out as the “In” team.

This may not be the best place to ask about this, but is there any chance that we can get a way to opt-out of these team change messages? I use my teams to represent player state, and they are switching every 45 seconds on average. This ends up making the chat turn into this giant wall of filler if no one talks for 2-3 minutes:

I saw in another thread that its easy to disable this by forking the chat script, but I don’t want to roll the dice with my fork breaking and needing to replace it in the future. For something this small, I don’t think that trade-off is worth it, but it’s big enough that my game’s testers have mentioned it to me several different times.

I just want to reiterate that this isn’t a huge problem, but it would make my day (and make my game slightly less messy feeling) if we got a toggle for disabling these messages. :)

This still isn’t fixed 1 year later. It’s also annoying how the playerlist also can barely show the full team name of the team like on this old obby i have 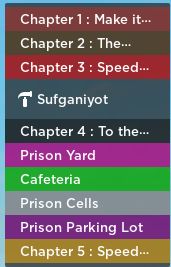 Can this please be fixed? It’s really annoying having just “Stage” in the chat. I want it to say the full team name like it’s supossed to. 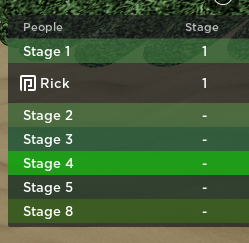