The Roblox Desktop App Does Not Support Creators

The desktop app is being relentlessly forced onto players, & creators. Roblox is trying their best to patch all ways to disable the app auto launching after leaving a Roblox game. The app isn’t completely useless, but half the buttons on it redirect to a browser or open a webpage within the app. It’s completely unequipped for the management of games, talk about a beta.

The creator pages are nowhere to be found, the only attempt is the create button under the three dots 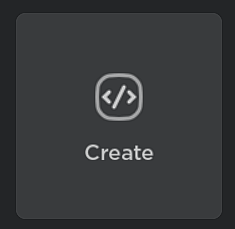 whose only functionality is to redirect to a browser webpage: Create - Roblox
It isn’t even the page to manage games, it’s the page that allows you to install studio & tries to sell you on making games.

And with all this, we still don’t have an option to opt out of this, Roblox removed the button that allowed us to opt out of using this half baked beta version of the desktop app.

Why try, all Roblox does it make the life of developers harder while giving creators 24.5% of all revenue they bring in, and for what? So roblox can spend millions on developing a half baked app that has limited functionality & redirects users to the website when they click a button that hasn’t had its functionality added yet.

The app doesn’t support the people who brought in the money to fund the development of it, & to provide lackluster servers & moderation that constantly fail at their jobs. Running a company is hard, & a lot of thought & money goes into these decisions, moderation, providing servers, & producing updates, but some of the decisions made feel like Roblox actively trying to hurt the developers who bring in their revenue.

The app has to be optional, And yet they wont make it optional, they’ll only make it harder to work around using it. This is more of a rant than a call to action, when has Roblox ever listened to its developers?

Probably the wrong category, but who cares anymore.

Well, the previous Roblox Player didn’t even include any of this.

Also, no one is stopping you from using the website (roblox.com)

Also I’m pretty sure the App will support developers in the future as there is a new Develop page for developers (create.roblox.com) and the style matches the app.

There was no need for it to be in the player. Theyre trying to force a half baked update onto all of its users. All it does is annoy us.

I would like to update the post with the following, roblox has graciously and kindly blessed us with the addition of a little blue roblox studio button at the bottom left of the app that redirects to the create page in the browser (the useless one).

amen for roblox looking out for its developers, we can only guess who the heroes that added this button were.