New update PID Controller thanks to @ThanksRoBama Thanks RoBama. Allows your turrets to behave physics like without using the physics engine for maximum reliability.

It even works for cases where the yaw or pitch constraint is zero:

Hello!
It’s me again.
While using the module, how would one make it target the closest target if there are multiple ones?
I was thinking- creating a table in the workspace and putting all the targets there.
Then I would make the loop through the table and use magnitude to find the distance of each target compared to the origin. Then target each one based on proximity.

Do you think this is a good idea?

Here is something I cooked up,
It doesn’t seem to be working obviously.

The original intent was to loop through the workspace and target anything named Target within range.

I probably did something stupid or my method shouldn’t be used at all.

Yeah the first issue is that you are not changing the goalPosition, even if it does detect the closest enemy correctly it’ll still point towards the Target part in the workspace and not v: part or kill : part.

But yeah your idea is on point though I believe you meant origin is the position of the turret and not the world origin at (0,0,0).

Then I would make the loop through the table and use magnitude to find the distance of each target compared to the origin. Then target each one based on proximity.

For a question like this, I suggest researching further on the topic, after some research I found that @Quasiduck has already written a function to find the closest part within a table of parts so it should work though you can organise it differently, perhaps using collection services instead to get table of all the parts labeled as the enemy.

That’s a much better improvement than your original code, however, there are certain things which you are doing every iteration within your for loop that need not be repeated. for Index,Child in pairs(Model:GetChildren()) do if (Core.Position - Child.Position).Magnitude == math.min(unpack(Position_Contain)) then print(Child) end end Every iteration of that for loop, math.min(unpack(Position_Contain)) is re-calculated. You could’ve calculated it before the 2nd for loop began and access…

Is there a way to decipher how much elasticity is applied to the turrets? I’m trying to achieve a more smooth-tween transition from one orientation to another, without having it sway back and forth for a few seconds. Fantastic module though!

I believe you are using the PID controller and for that unfortunately not really. People get paid to tune PID systems and guess those three numbers to make it go exactly the way you want. The best I think we can do for now is to search online for a PID tuner simulator and just guess those values.

Otherwise perhaps a future update will be to use a spring module like in this I made post and apply it to the turret system to do something cool, that way it’s easier to control the dampening as it’s just a value from 0-1.

Here made something, cool to spring up your FPS view model: It’s a local script which uses Quenty’s spring module to add a spring effect to the otherwise static view model. Before spring: After Spring: Code, insert into your starterCharacter scripts as a local script and test it out. Values for the spring will need adjusting of course. –Edit: Here’s a better working version with the dampening actually working, messed up the previous CFrame calculation. Still have no …

Edit: also there is a rotation issue currently if you set yaw left and yaw right to more than 90 degrees where it’ll just swoosh past the supposed constraint deadzone region because of how CFrame lerping works taking the shortest path. I’ll see if I can fix it when I get the time to do.

Yup, I’ll mess with these values until I find a smoother transition.

Also yeah, I think I ran into that rotation issue a few times; luckily it wasn’t too big of an issue. I also noticed another bug where the turrets randomly started to randomly wiggle and rotate around. I wonder if this is just a flaw in the way I set up the turrets though.

randomly wiggle and rotate around

Nah not really, I intentionally left this bug here in order to see if anyone would notice it

. The issue was the constraint quadrant checking which caused it to teleport around. You can get the latest version from the tool box or the GitHub repository above.

For the PID Tuning a simple website should be this one with a car example written in javascript. Play around with the values and see if they fit what you want them to, pretty fun. 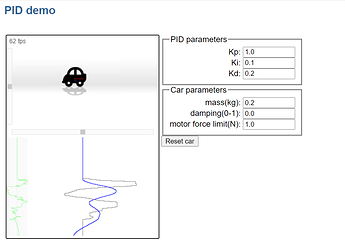 Thanks so much, this site helped a lot! Found a good setting to use for the PID.

For clarification, is that “bug” solved in the latest versions or do we have to fix it ourselves? Thanks again for all the help, I really appreciate it!

Yeah to further clarify the teleporting turret should be fixed in the latest version, you can view what changed in the GitHub.

For some reason my turret is only using the LerpAlpha value for the speed and ignores AngularSpeed. Am I doing something wrong with my turret or is it meant to act how it is?

Wow, I have spent hours looking at this.

The issue is that the orientation of the base is (90,0,0) which messed up the EulerAngle clamping math somehow and forced the current look vector and current goal vector to be the same always.

This subsequently, messed up a lot of things mainly the CFrame lerping alpha value which made it equal to 1 so it always instantly looks at the target.

No idea what the fix is, but thanks for bringing it up.

I re rigged it to only use 3 pieces like the example dummy and it works fine now. I’m guessing I rigged it wrong and it broke it or something

Hello, I am having some trouble making this work on a tool:

Code I am using:

I believe the issue is due to the CFrame.lookAt which is being used internally:

For your case try removing the third parameter within the module script since for your usage case you don’t need to worry if the base of your CFrame will tilt (Most likely the humanoid will stay upright unlike other turret types).

Edit: Another method is to move the turret attachment a bit further back instead of putting it right at the gun barrel, put it behind the gun body.

One question, since I cannot parent the turret attachment to the tool handle, I am looping it’s world position to another attachment in the tool barrel. Could this be causing the issue? None of the solutions that you proposed are working for me. 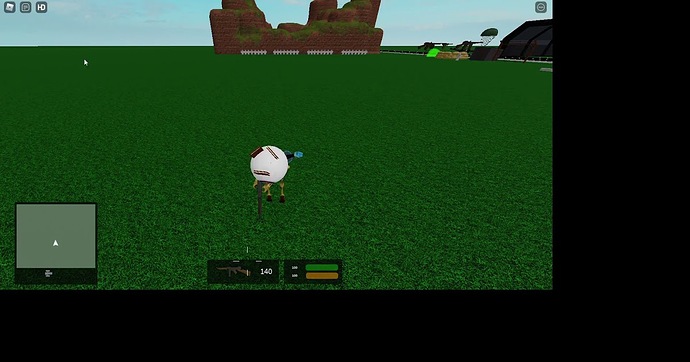 Edit: Moving the attachment behind the gun fixes only the part where it rotates like crazy, but it still doesn’t point the gun where it should.

I am looping it’s world position to another attachment in the tool barrel.

Yeah this could possibly cause the issue depending on the sequence the WorldPosition gets updated, never tested it with this tool scenario hard to reproduce.

Might want to just modify the turret info property manually:

Also in the video you are pointing right below, the waist where there’s a deadzone which could break the CFrame.lookat as mentioned before, that might also further contribute as well.

Did his module break because I tried the RBXLX file from github and nothing moves at all. Am I doing it wrong?

yes, yes and YES! How did I missed this until now? Bookmarked and you have 100% my support

When shooting a bit further the rotation improved a bit, but when watching close distances, it still doesn’t rotate correcly.

Is it working for you? For me it updates when the game starts then stops.