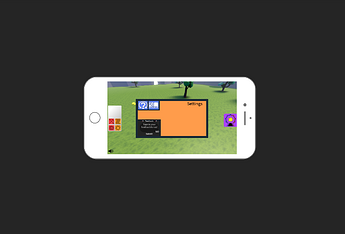 Video of it happening in studio
(gyazo.com)

Edit: Changed two images and updated the rbxm because it had a issue on my part, still having the issue though.

The easiest way to fix it is to download this Plugin:

[AutoScale Lite Banenr] Overview The plugin has two main functions. Converting a UI element’s size/position to Scale or Offset, and the auto scaling feature. The Add Constraint feature makes use of the UIAspectRatioConstraint which ensures that your UI retains it’s size on all screen sizes. You can add this constraint to your UI manually but my plugin does the calculating of the AspectRatio property by dividing the AbsoluteSizes so you don’t have to! [image] How do I use it hmmmmm? Firs…

There’s no other methods to fixing it? Also I prefer to not use UIAspectRatioConstraint, it tends to cause more harm then good for me.

I think there is other method but idk how, the Plugin is the very very simple way to fix it, since im using it to for all of my gui.

A basic explanation, you must use scale rather than offset when positioning/sizing your UI.
Refer to this thread:

[Scaling] Anybody new to interface designing within Roblox studio will get to know the fact that Roblox doesn’t exactly have the friendliest UI editor pretty quickly; on the first few pages of the Art Design Support category itself you can already see three posts talking about the same issue.

Also, I would not recommend using folders to organise your UI and instead recommend you use frames.

If you would take time to actually read my post, you would see that it is infact made using scale and not offset.
I do use frames?