Wait, so that means I can still use a normal R6 Character with 2D clothing in my YouTube Game Trailer?

You’ve successfully created an iconic brand with your classic avatars that even people who’ve never played Roblox will instantly recognize - why are you actively trying to distance yourself from this??

I mean, once they start enforcing these rules in their current state then I don’t think it’s something anyone’s gonna forget about for a long time.

There’s going to be even more drama and backlash once they start following through with this, so getting them to change their minds before things get more tense is really the best call there is.

And as far as I can tell, the only feedback they listen to are either DevForum responses on their threads or huge Youtube videos criticizing their changes.

Rthro as a concept is fine, but they shouldn’t be pushing aside classic avatars like it’s a stain on their career.

They really could’ve just made it so that Rthro avatars were banned in off-platform commercial content aswell but they purposely didn’t, since some of the Roblox staff and investors want Rthro to be the main focus going forward.

And I get what you’re saying about avoiding arguments and all that, which is completely fine.

It’s a very serious issue overall and more people should be aware of that.

Here’s a video from KreekCraft below which explains more about the situation, hopefully it’ll help people understand why so many people hate these rules in the first place. 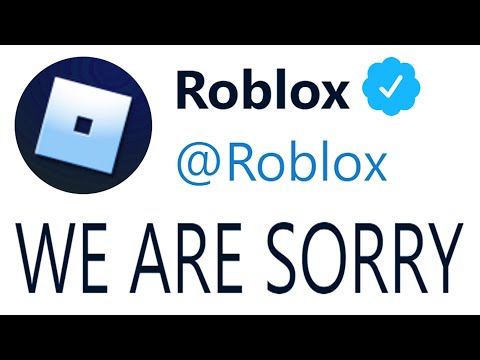 I kinda find it weird that they instantly locked and unlisted your poll like 3 minutes after you created it, yet it took them 5 hours to private a rule-breaking thread that had 700 responses yesterday. 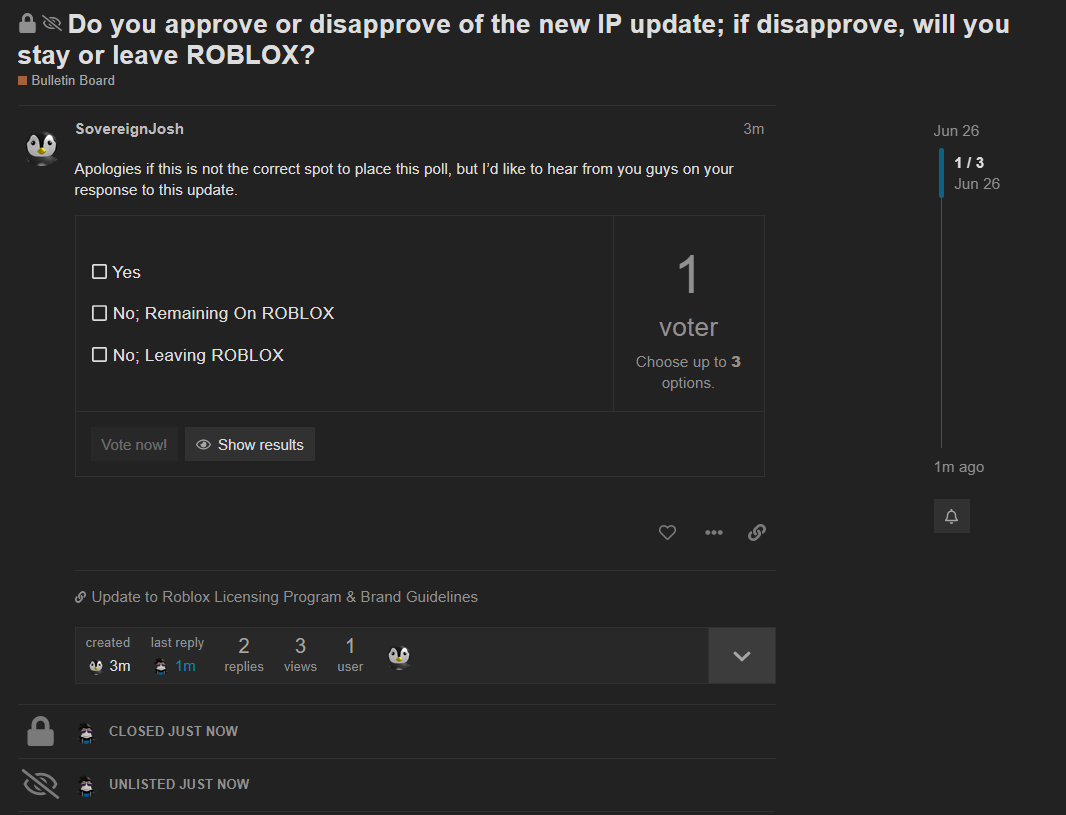 Do they close down surveys if they’re not in the desired category?

Automatically locking threads in the Bulletin Board category is normal. Immediately unlisting them, however, is not.

Their poll should have been in Development Discussion, though. That wasn’t what the Bulletin Board is for.

Edit: I’m not saying that the unlisting was an example of censorship. I mean that all threads in the Bulletin Board category are locked by default because the category is not for discussion. The reason why it was unlisted is because it was in the wrong place.

Either way, thank you vanilla for telling me where I should put polls in the future in the event I need to test their censorship.

You will be able to continue using what could be classified as “R15,” but only if the avatar is heavily customized and the “classic” form is no longer apparent. The level of customization will be determined by Roblox - see the new guidelines page for more information including a request process.

I looked through the guidelines page… there is no form to request anything! The only linked form is for using the “On Roblox” wording.

So you can’t trust something under the PDF…

Roblox stocks are not going down for this update

It is not a threat or that something bad is going to happen to @Roblox, it is simply my opinion

If people want Rthro to be explored further that’s fine, but risking punishment from Roblox just because most of us prefer using Classic Avatars instead is wrong.

And these new guidelines do nothing but hurt 2D clothing designers, Youtubers and Developers yet you still act like what they’re doing is some great thing that should be praised for by everyone.

It´s a great thing that should be praised! Stop bullying Roblox Guidelines

Encouraging these changes is wrong and will only motivate them to keep doing stuff like this going forward, that’s literality why 90% of the people on this thread are complaining about it.

Here´s a lesson,Encouraging is correct and they will do it moving foward.

They’re only doing these changes for their investors, not because the community asked them too.

We are updating our Terms of Use to prevent off-platform, commercial use of Roblox IP including our name, logo, the badge and derivatives of the classic Roblox avatars. Classic avatars are ones that are built using the “R6” and “R15” models. After this change, Roblox IP can only be used commercially at Roblox’s sole discretion and with a Roblox licensing agreement.

You will be able to continue using what could be classified as “R15,” but only if the avatar is heavily customized and the “classic” form is no longer apparent.

It feels like Roblox probably forgotten about the past, and how they got here in the first place. Forcing Rthro down our throats feels like a punch in the face. That new change just creates more problems in terms of creativity freedom.

But I gotta say, if Roblox continues to do this and ignore their community like that in favor of investors (In which I heard that investors known that Roblox “no longer see clearly”), then so be it. It’s probably like no matter how much the community pressure them, they’re not going to stop with it. It may be possible, but I doubt it would happen anytime soon.

Oh wait, I forgotten to mention, since Roblox has billions of dollars, they could have just used it just to improve their servers or moderation, but nope! I’m not sure what is the point of them hoarding money if they do not use it for good? Well, I guess we will probably never know.

I know I shouldn’t get involved and this violates my own words but you do realize that by giving them fuel to burn on will only prolong this argument. Also while you have a point on the fact ROBLOX will still move forward (unless in a rare miracle that they don’t) regardless of whether we complain or encourage, who asked for ROBLOX to go ahead and strip their own IP rights?

If people want Rthro to be explored further that’s fine, but risking punishment from Roblox just because most of us prefer using Classic Avatars instead is wrong.

That is true. No large body of deciders should dictate what the audience is forced to choose.

And I hate to spoil this for you but more than 95% of an average server would be full of users who would either prefer to use the “good” avatars (R6 & R15) or use Rthro in a trolling matter- not they way they’re supposed to be used.

And these new guidelines do nothing but hurt 2D clothing designers, Youtubers and Developers yet you still act like what they’re doing is some great thing that should be praised for by everyone.

It´s a great thing that should be praised! Stop bullying Roblox Guidelines

Just like praising the guidelines, us ROBLOXians also have the right to criticize and scrutinize each pointless and negative update.

there is no form to request anything! The only linked form is for using the “On Roblox” wording.

The form covers multiple different types of concerns, they only mentioned one in the guidelines however.
https://corp.roblox.com/request-approval/

all you have to do is use the On Roblox Logo

You are NOT required to use the “On Roblox” logo, however, it is the ONLY logo you’re allowed to use for advertising if you wish to use a Roblox logo.

How can I request the badge (“on Roblox”) to advertise my experiences?

I say how to get it