Why is char.Head returning as nil?

In the past, the script I made to give a player a BillboardGui worked, but suddenly it seems to have broken on all the games I use it on. The issue appears to be with getting the Character’s Head.

in the Output.
This has never happened before with this script and it used to work perfectly. To double check if Head was still parented to Character, I went to my test dummy and found that it was still the case, and checked the Developer reference site, to the same answer…

Have things formerly parented to Character been moved, or has the plr shorthand been deprecated? That’s the only reason I can come up with for these things no longer working.

For further clarification though it really shouldn’t matter because the new version of the script (above) does the same exact thing, the old version of this script didn’t create a call for head at all and just called char.Head straight up. Of course this was broken as well, implying the issue appear to be with char.Head.

Try with local char = workspace:WaitForChild(game.Players.LocalPlayer.Name)
Also put a FindFirstChild for the head

…
Where did Head go.

nameGui is returning nil. Not head. If head were nil you would get an error where you define nameGui. This means BioGui is not parented to the player’s head when you call it.

Except I do parent it to the head in another script.

when do you parent it? I’m assuming that these scripts aren’t coordinating with one another. The first script could be trying to get the biogui before the other has parented it

When the player joins the game, BioGui should create itself and parent itself to the Head.

When the player wants to change the text on this it will send the info via RemoteEvent after the player clicks on the confirm button.
Don’t understand how this could unsync…

This works perfectly fine on an older game of mine still. Hm.

try changing last line to this

are any of the two scripts you mentioned local scripts? because if you create the gui in a local script it wont replicate to the server

that looks the same. Change it to wait for child

Aaand still returns the same thing, just swap “FindFirstChild” with “WaitForChild” in the error message.
What on earth.

Should I just drop my full scripts here and see if the issue lies somewhere else?

That’s what made that error return that way.

The same error?
Send me the line that errors

did you change the nameLabel variable and the nameGui variable?

----edit----
they both should be waitforchild 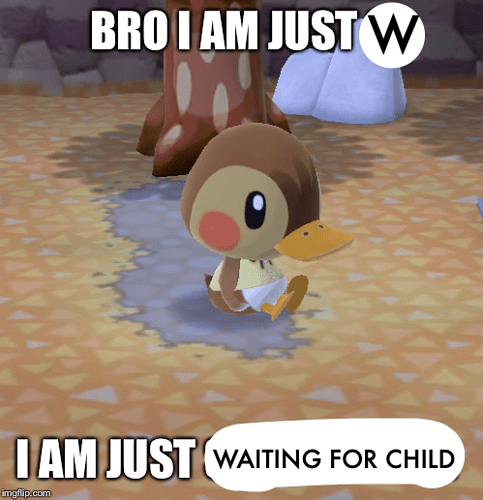