Free audio is not worth 99% of roblox games becoming silent. Just no man, I honestly cannot understand why you would think is is more good than bad I just, can’t.

It is confirmed that the reason for this change is due to legal issues: source

This reply should be marked as the solution lol. The reason of this change is because of a law suit.
Link to the document: 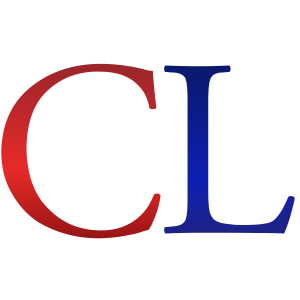 I reeeeeeeeeally hope this is the case
Even making audios no longer free would be much better than this; all this update did was spark A LOT of huge problems. Every single Roblox game has at least used a sound from the library, and implementing this feature would be catastrophic

Too vague. Not good enough of a response.

Off-topic - this is amazing. I think it is partly due to the fact that loads of plugin developers are going to itch - but this is amazing news, and we can only hope that this comes out soon. As for your response, Roblox is listening to us, whilst you aren’t wrong, don’t get your hopes up.

This is not a update, this is a massive downgrade.

Although the addition of free uploads of audio is nice, I believe the bad outweighs the good in this recent update.

Many games, assets, models, and whatnot rely on audios made by other people and put on sale, also some accounts cannot log back on to “unprivate” some of the assets. There is also the issue of finding audio and sound effects, as well as some people without Roblox premium membership not being able to upload anything more than 10 uploads, especially if groups or a person is working on a project while on a budget.

This also contradicts the idea of a Developer Marketplace it is supposed to have users share assets like decals, plugins, and especially models and audio, which make up a huge portion of the Roblox playing experience.

Lastly, for boombox/radio game passes I think that the people who spent Robux and maybe even their own money on this would feel cheated. What they paid for and expected to get is not a result of the developer’s fault but rather Roblox’s end. This would greatly injure the “metaverse” image Roblox is trying to achieve because audio is a big part of expressing oneself.

This will cause many games to go silent, and I can most certainly assure you that a majority of developers and maybe later players will find this update unsatisfactory.

The thing is they wont become silent. The only silenced thing will be sounds over 6 seconds, so that means MOSTLY music will be muted, not sound effects.

This update is a big double-edged sword. This give more devs opportunities for adding there own sounds, but the switching to private on all existing audio makes no sense, as this will screw up a lot of old and modern games. Here’s what should be done:

The thing is they wont become silent. The only silenced thing will be sounds over 6 seconds, so that means MOSTLY music will be muted, not sound effects.

But still, music enhances gameplay a lot and without it the game is plain and boring. Only music and long sfx (ex. a giant explosion sound) being affected does not make this a valid excuse whatssoever

Free audios is a step in the right direction but privating all audios longer than 6 seconds is the step in the wrong one.

Many games rely on free audios from the catalog, and many of the people who have uploaded these audios will have quit roblox or aren’t online anymore meaning they can’t set it to public. And it seems as if even if you own the audio, it will still be unusable to you which doesn’t make sense.

Overall I think if you do NEED to have a certain length for previous and forthcoming audios before they are automatically set to private, it should should be longer, like 3-4 minutes.

after doing a bit more research, apparently, this will break many more things than I initially thought. I thought it would just remove the music from a few games that don’t get updated, but apparently many more things are being affected.

Roblox’s licensed music absolutely sucks and no one wants to use it. It’s also going to ruin heaps of classic Roblox games that don’t get updated. Thanks Roblox for making everyone’s job so much harder.

Looks like Roblox got stuck in a giant legal pickle and had to do something about it and fast… so they decided to push out this rushed update!

They aren’t doing it willingly: source

Roblox should have better systems for pretty much everything related to moderation. In this case, many old games with music probably will break and developers need to replace half of their audios unless they hired a sound designer. Nice job roblox

Spongebob Squarepants Theme was a main cause of this update

you got enough money to make a deal with big labels for some good music - but you won’t, and no, I’m not using your audio for anything more that classical music. because it straight up sucks - it’s terrible and no one ever wants to listen to that

games based on music produce a lot of money - kids are people and people like music, it’s no secret. I personally play and develop games based on sounds & this update is absolutely horrible for me - players won’t be able to listen to some boombox sounds with their friends → both me and you guys at ROBLOX lose money