Reproduction Steps
All I’m doing is pressing the play button in the “Test” category on the “Home” tab in Studio. It seems pretty random in that it doesn’t happen every single time I do this, but it is frequent enough that I have to deal with it many times a day. I think it also happens no matter what place I’m editing.

System Information
The only relevant information I can think to share here for this issue is that I’m on Windows 11 currently, but I was also getting this issue on my Windows 10 laptop.

Beta Features
The issue seems to happen regardless of the beta features I have enabled, but here they are anyways: Canvas Group, One-click Collaborate Button, Start Page List Display.

Expected Behavior
The cursor should not constantly get stuck in the loading/waiting state. The loading cursor persists after play testing is over, too, so the only way to fix the issue that I know of so far is to just restart studio, but it’ll pop up again pretty quickly after since I’m constantly having to play test.

I’ve found a few past threads discussing a similar issue, but caused by actions other than play testing (i.e., inserting models, creating a union, updating a plugin, etc.) and they seem to have been solved multiple years ago.

Timeline
I can’t give an accurate guess here because I’ve just been ignoring/dealing with it for a while. Pretty sure it has been at least a couple of months.

Thank you for posting this, I have gotten this bug for months and it was annoying.

It seems to happen randomly, as stated, but when the loading cursor appears, it doesn’t seem to go away as far as I know. The only workaround is to make your loading cursor the same as your default cursor, though this is impractical.

My colleagues and I have been getting this bug for more than a few months now. It happens specifically when Studio is Auto-Saving the place AND while it’s starting the test, or at least that’s in my case.

The loading cursor remains there until you restart studio. It’s super inconvenient, especially when you’re trying to edit a script.

Edit: Just happened again but in a different scenario, in which I clicked “Save to File” at the same time it started Auto-Saving.

It is 100% related to auto-saves but seems to happen in a variety of situations and I can’t personally get an exact reproduction. Extremely frustrating.

Thanks for the report! We’ll investigate.

Can confirm im experiencing a similar issue, however for me its just the blue spinning cursor and the normal cursor is gone. Quite annoying frankly

Is this issue still occurring after disabling plugins and beta features ?

It hasn’t been happening as frequently recently, but it still does sometimes. Only had it happen once a couple of days ago, so it’ll be really hard for me to test this, especially since it seems to only happen when hitting that sweet spot of studio auto-saving while loading a play test. It’ll be really difficult for me to test for long enough without any plugins though because I really need to be able to use Rojo for work.

This also occurs to Low-end PC, still facing the same issue but fixed by a bit.

This happens to me constantly, almost every Studio session where I spend 1h+ working, on both a laptop and a desktop with strong specs and fast internet. Both Windows 10, Nvidia. After play sessions there is a high chance the cursor will get stuck. Getting real sick of it.

Experiencing this after trying to upload an image

I’ve been consistently getting this for months. Happens seemingly randomly whenever a big operation occurs in studio. Huge productivity issue as I need to restart studio and my external tools everytime this occurs.

I’m not sure how useful this information is since I’m unsure of the correlation but I just discovered that if I’m searching something in the explorer whenever this issue occurs, my explorer gets stuck loading forever even when removing or changing my query. 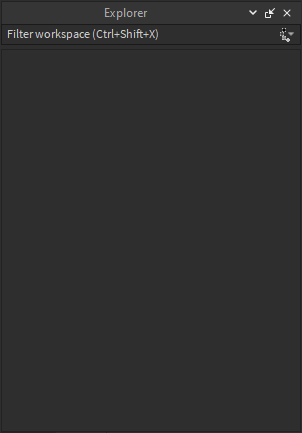 Edit: The only plugin I have enabled this time is Rojo, with no beta features.

This has also been happening to me for an extremely long time now. One thing I do know is that it’s not specific to your computer, nor your game. The fact that this only happens to certain people and on certain accounts leads me to believe that a plugin may be causing this. I ended up just changing my loading cursor to my normal cursor, because it happens to me within minutes when I start up studio, and restarting it would be impractical at that point.

This just happened to me when I pressed the play test button, it happened many times to me in these 2 years, and the only way I found to fix it is by restarting studio. This time it actually fixed itself when I clicked the stop testing button, I agree with the other people that posted in this topic, it may happen when you click play test in the same time that your game auto saves.

This is still happening and is pretty frustrating. Currently only using Rojo with no beta features, and it still happens randomly after pressing play test. Best repro steps I can think to give is to constantly hop in and out of play test for about an hour, presumably after making changes that will cause studio to auto-save.

Still constantly happening here. Sometimes when I play test again, it’s fixed. Sometimes I have to play test multiple times until it’s fixed. And then of course sometimes, I have to restart Studio to fix this. It’s really annoying, please fix this issue. It’s been here for months (or years) now.

I can say for a fact this has been an issue for years. I remember looking for a solution a long time ago and never finding one. This issue appears to happen as related to an autosave while something else is happening, be that a playtest, uploading an image, etc.

Edit: Should be noted this only happens in bigger games, not small ones. For example my game is ~20mb in size, and it happens there.

Yea, I’m experiencing this issue as well. And my game is fairly large. Hopefully this gets fixed soon cause it’s really inconvenient to restart studio every time this happens.