The plugin can be found here.

Roblox audio update has recently forced a lot of audio to be privatized. As a result, developers are forced to either re-upload audio or replace them.

This plugin is to allow the bulk replacement of sounds affected by the changes, especially for games with hundreds of unique audio. It is designed to be used along with Roblox’s official Audio Discovery Plugin. Essentially, you are still manually replacing audio, but the plugin allows you to quickly replace duplicate IDs and IDs across multiple games.

I made this plugin specifically for my group and games as it faces this specific issue of requiring 300+ manual audio edits to transition back to a working state. However, I have decided to make it public in order to help out some folks under the same circumstances. I will put a little bit of time to fix some of the bugs if any arises. However, this is only a short term thing as I’m also in the process of updating audio.

This plugin is built off of the concept of this post. While the original idea allows bulk replacement, it doesn’t support collaboration, error handling/verification, user friendliness.

The features of the plugin excels in specific scenarios, namely:

This is my first time documenting a plugin. I will make sure to answer any questions/fix errors on this post/plugin if there are any. Thanks and have fun 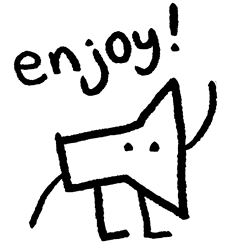 The plugin can be found here.

This plugin is built off of the concept of this post . While the original idea allows bulk replacement, it doesn’t support collaboration, error handling/verification, user friendliness

eyy that’s mine, I never thought people would build stuff off mine, well that’s epic.

by the way, I rate your plugin 10/10 since it has better system than mine.