I have recentry made a really nice engine that is fully working without any problems, but the problem was that it is very basic. Here is what it looks like:


Then I tried to make it more realistic: 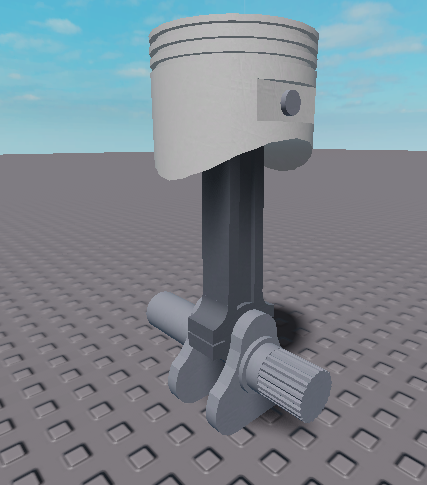 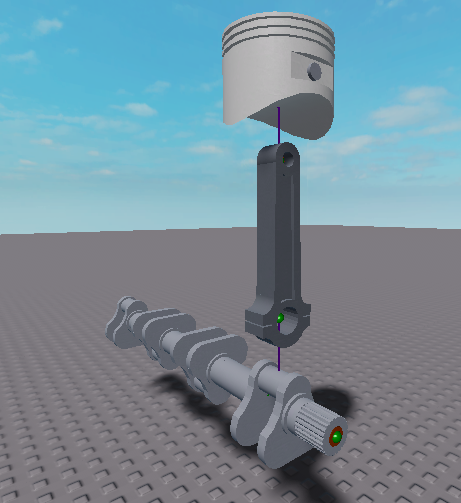 When I tested it I saw that it works just fine and it’s time for the cylinder head’s upper AttachPoint to be connected to the anchored AttachPoint on the floor via a cylindrical constraint just as how i did on the other engines:

ive attached the cylinder head with cylindrical1088×526 616 KB
But then something unexpected happend: 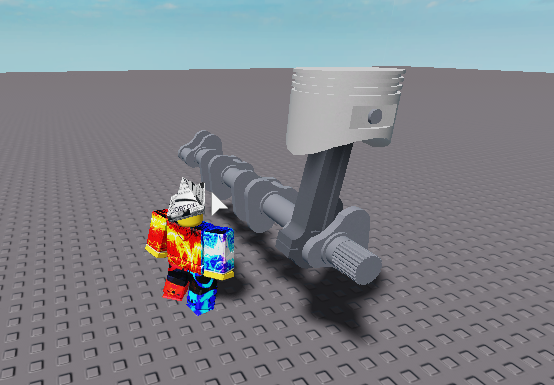 I put the motor to inf torque but nothing… it was still glitched. I also double checked the cylindrical if it has any limitations or differences comared to the other cylindrical… Idk what else can I do for now so please help me! Here is a link to the game itself: Project Engines: RPM [Test Place] - Roblox

Since I’m not too familiar with Cylindrical Constraints, the only thing I would recommend is repeatedly retracing your steps, and making sure you absolutely didn’t do anything wrong.

Sorry for my late reply, but I had internet issues. However let’s move to your comment: I did basically the same thing that I did to the other engines repeatedly, carefully looking at every detail, but for some reason the constraint was still glitched. However I found out that it has a limitation even though I have disabled it.